The burnt-out containership X-Press Pearl is continuing to slowly settle to the bottom off Sri Lanka with the salvage and firefighting teams continuing to monitor the situation while the investigation into the disaster continues. The owners of their vessel also apologized for the disaster while defending the actions of the ship and its crew.

A day after the stern of the X-Press Pearl came to rest on the seabed, the bow section of the vessel remains above water but also continues to slowly settle. Divers from the Sri Lanka Navy working with the salvage team from SMIT attempted to inspect the ship but they were forced to call off their efforts due to poor visibility underwater.

The salvage team as well as vessels from both the Sri Lanka Navy and Indian Coast Guard, which helped in the firefight, are remaining on scene monitoring the hulk. They are looking for additional debris that might wash away from the vessel as it continues to settle. So far, they continue to report that no signs of an oil leak have been found. The vessel had approximately 300 metric tons of fuel aboard when it arrived in the anchorage off Colombo, although some reports have suggested that some fuel might have been burnt off during the fire.

Speaking on CNA in Singapore, Shmuel Yoskovitz, the CEO of X-Press Feeders, the owners of the ship,
said he wanted to apologize for what has happened. “I’d like to express my deep regrets and apologies to the Sri Lankan people for the harm this incident has caused to the livelihood and to the environment of Sri Lanka,” said Yoskovitz.

Describing the current situation at the ship, he continued by saying, “Currently what the salvors are doing, they are monitoring the wreck and making sure that any debris or god forbid, the oil spill will be detected quickly and handled accordingly. To assess the real situation, we will need to wait for the wreck to settle on the seabed and then see what really can be done.”

Sri Lanka has also requested additional assistance from India to provide oil containment booms, dispersant chemicals, and tools to recover oil that might potentially leak for the ship. In addition, X-Press Feeders said that it brought in representatives of ITOPF and Oil Spill Response to monitor and assist with any clean-up if there is an oil leak.  X-Press Feeders said while limited by the current COVID restrictions it had also supplied heavy machinery to assist with the cleanup along the shoreline.

Investigators continued to gather information related to the actions of the ship and crew during the voyage from the Middle East and leading up to the fire aboard the vessel. They are now looking to recover the voyage data recorder from the ship. Reports said they were looking to hear the conversations between the captain and crew regarding the chemical leak discovered in a container during the voyage.

CEO Yoskovitz confirmed during his interview that a leak had been discovered while the ship was alongside in Qatar and requests were made to discharge the container. “The port authorities did not allow it since they had no manpower or the equipment readily available to discharge," he told CNA. Indian port officials also turned down the request to offload the container, but he said Sri Lanka was advised that the vessel was carrying dangerous chemicals in its cargo.

During the interview, he said that leaks in cargo happen regularly but rarely come to public attention. He reiterated that the ship loaded containers that were delivered signed and sealed and they were “dependent on the declaration and the professionalism” of the shipper to properly pack the containers and make an accurate declaration.

The issue of misdeclarations has drawn repeated attention from the industry and has been cited on numerous occasions as a contributor to container fires. In 2019, the National Cargo Bureau conducted more than 32,000 dangerous dry and tank goods inspections in the U.S. finding that nearly eight percent were non-compliant due to poor stowage/securing, misdeclared cargo, or other issues. Further, they reported that in a container inspection safety initiative involving 500 containers, the NBC found 55 percent failed to comply, including 43 percent for poor securing of cargo within the container. More than six percent of the containers carrying dangerous goods had been misdeclared. 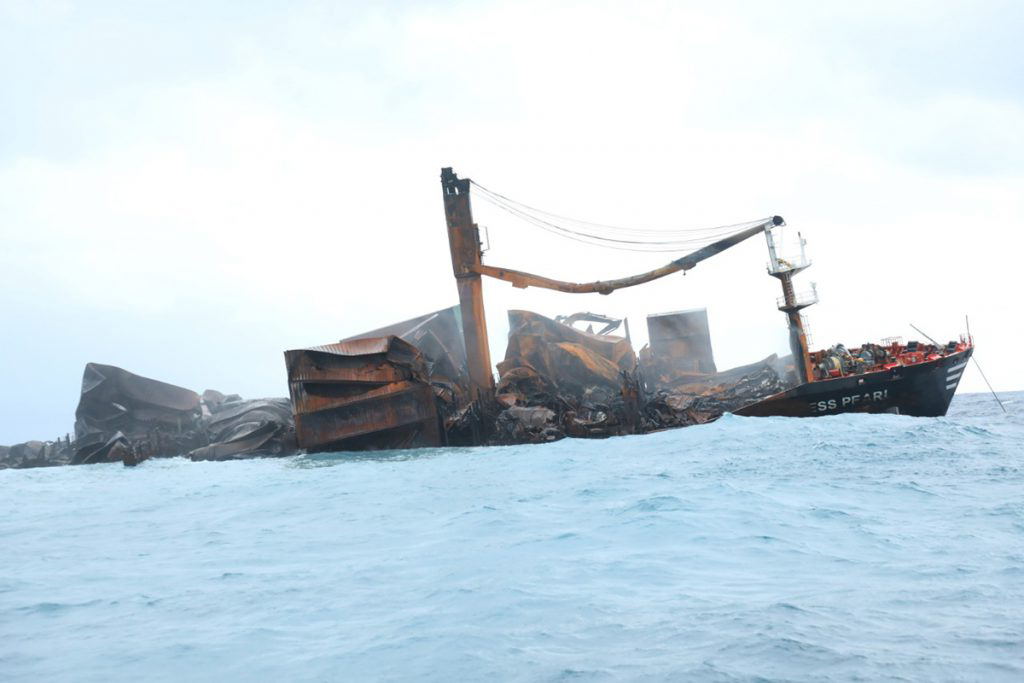 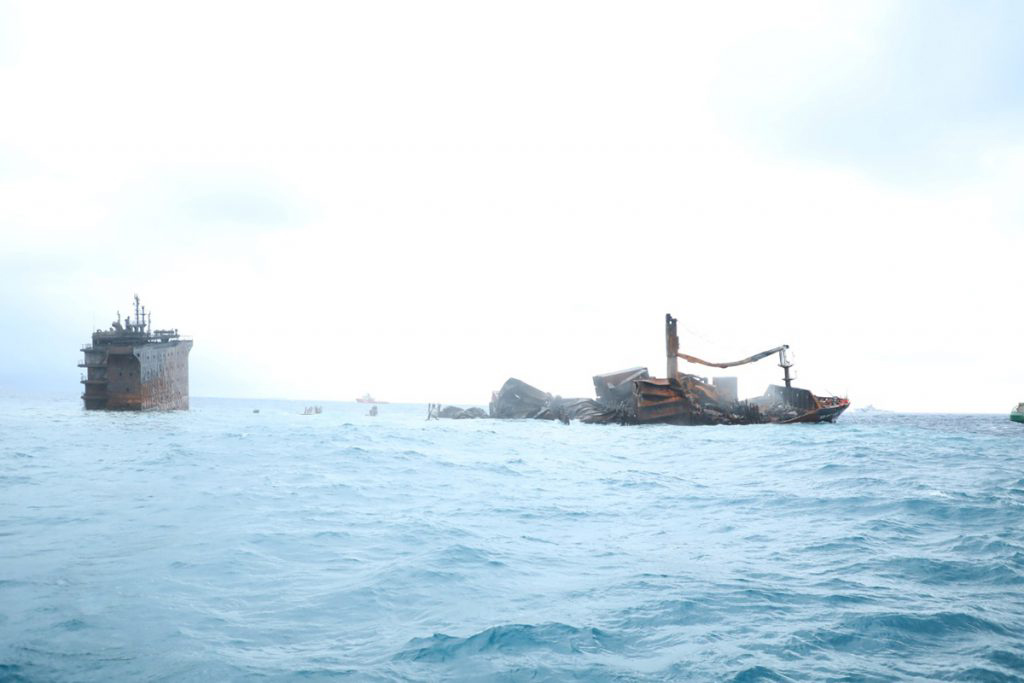