The world's largest floating wind turbine has been installed off the coast of Portugal and connected to the grid, and it is now supplying up to 8.4 MW to Portuguese customers. The second platform for the new site has reached its final destination and the third will be ready soon.

The three new WindFloat semisubmersible units are designed by California-based Principle Power and classed by ABS. They support the world’s largest wind turbines installed on a floating structure, and the three units off Viana do Castelo, Portugal will produce a combined 25 MW. In general, bigger turbines are more cost-effective per megawatt on a lifecycle basis. 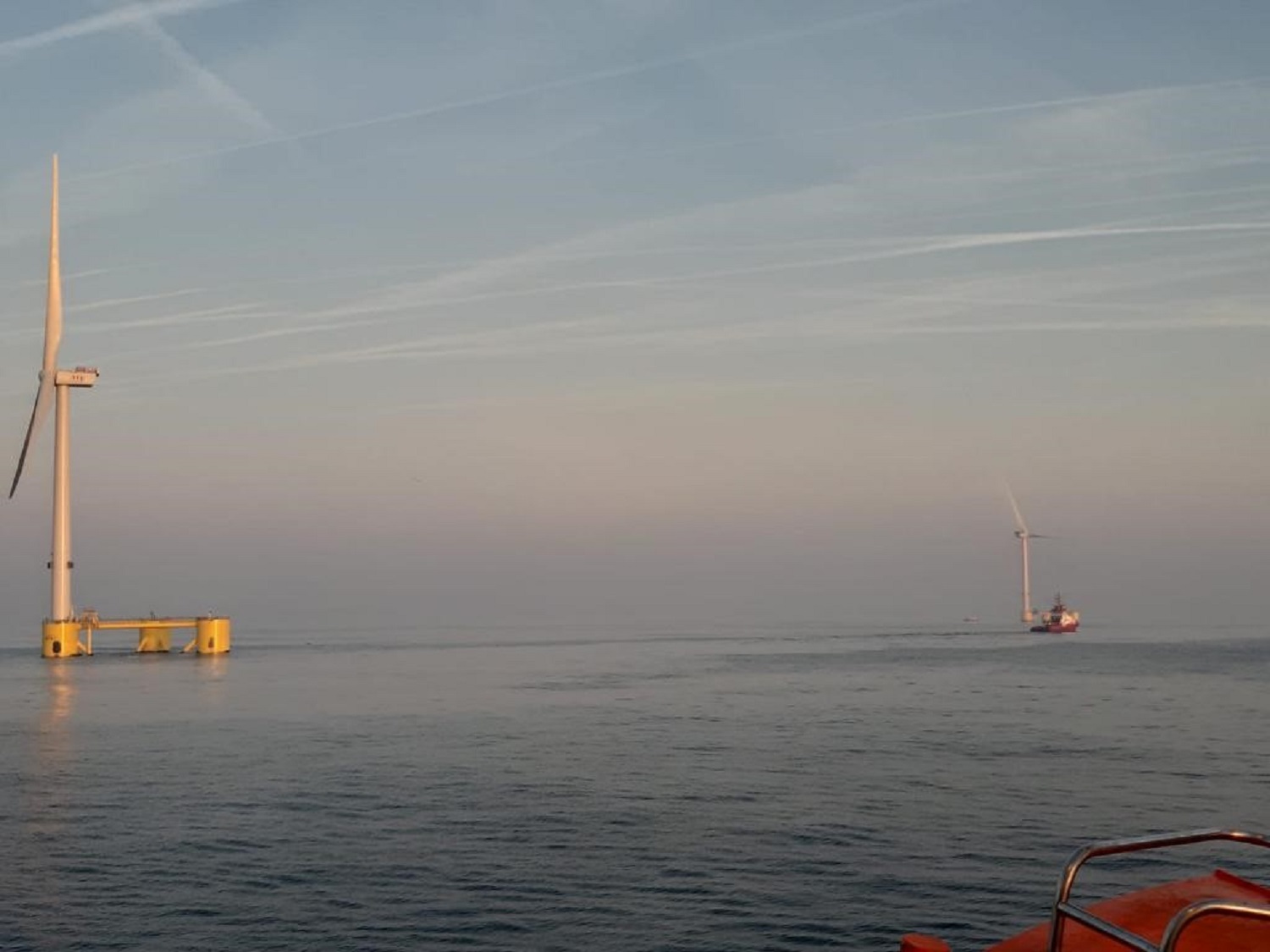 Floating wind platform technology is derived from the offshore oil and gas industry, and it promises to dramatically expand the scope of possible installation sites for wind farms. The WindFloat Atlantic platforms are anchored with chains to the seabed at a depth of about 300 feet - deeper than the maximum possible for conventional developments. The floating platforms, towers and turbines are pre-assembled on shore, reducing the costs associated with offshore construction. The platforms are designed to be towed by standard tugboats, unlike conventional bottom-fixed wind projects, which require specialized and expensive vessels for installation.

Other firms are moving quickly into the floating offshore wind space as well. Statoil (now Equinor) developed the world's first operational floating wind farm, Hywind, at a location off Aberdeenshire, Scotland in 2017, and it believes the technology is ready for widespread commercial deployment. Equinor is now developing an eleven-turbine floating wind farm, Hywind Tampen, to supply its Gullfaks and Snorre offshore oil fields with renewable energy. In Japan, solar power company Shizen Energy has signed an agreement with a French floating offshore wind firm, Ideol, for a new wind farm off Kyushu.