The Pacific access channel is 99 percent complete, and the third set of locks is now 95 percent complete. Earlier this week, the Authority announced that Grupo Unidos por el Canal (GUPC), the consortium responsible for the design and construction of the third set of locks project, had successfully completed testing of the reinforcements in sill Number 3 of the Cocolí locks.

In September last year, the Panama Canal Authority announced that the leak occurred in the concrete sill between the lower and middle chamber of the Canal’s expanded Pacific Locks as a result of insufficient steel reinforcing.

Following the completion of the reinforcing work, GUPC will proceed to test the electromechanical components necessary for the expanded canal to operate.

The expansion is expected to be inaugurated later this year. 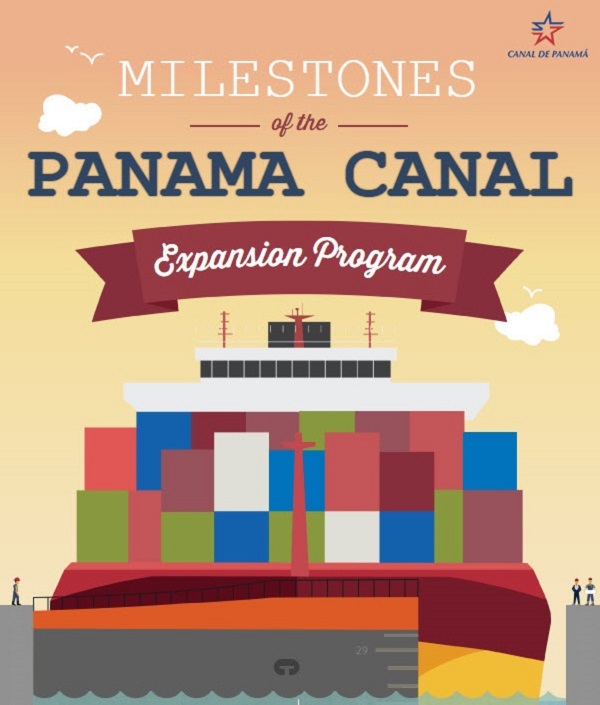 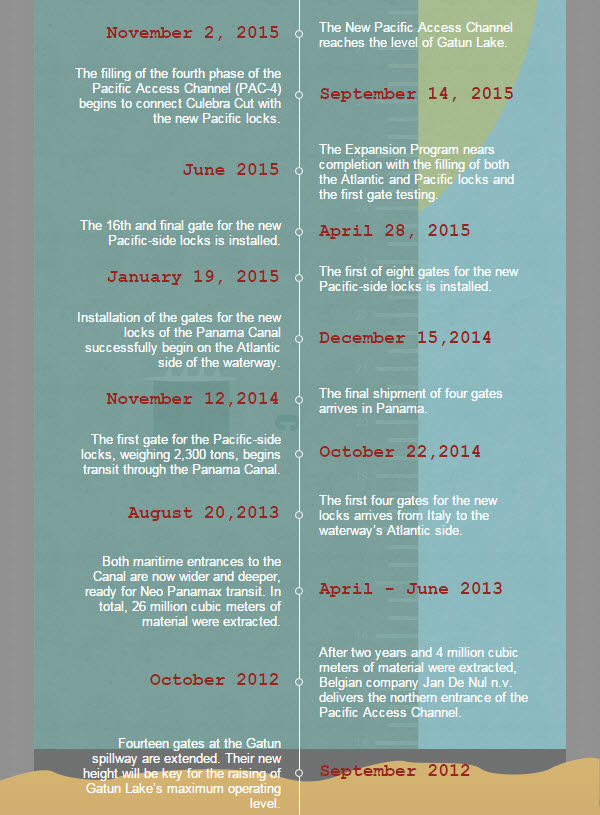 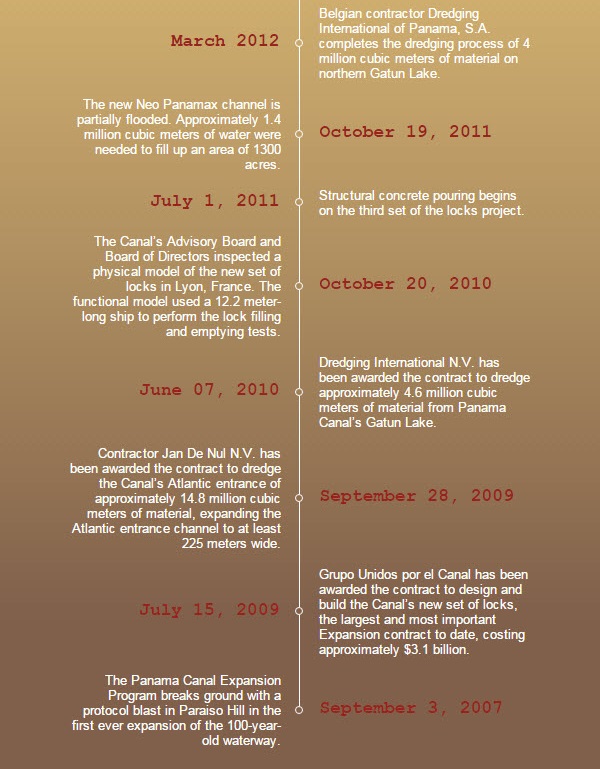