Video: RN’s Mission Continues During Holidays and all Sea Conditions

Britain’s Royal Navy highlighted that despite the holiday season, and today being Christmas Day, that ships and their sailors remain at sea fulfilling their missions. Away from friends and family, this year is especially hard on the sailors who also have to contend with precautions for coronavirus.

The 4,900 ton Type 23 frigate HMS Northumberland’s current deployment began three months ago, and currently has her assigned to patrolling UK waters. Recently, along with HMS Tyne, she was monitoring Russian vessels in the northern waters. They tracked and observed the Russian intelligence gathering ship Viktor Leonov as well as the movements of the Udaloy - class destroyer, the Vice-Admiral Kulakov, as she sailed north-west of the Outer Hebrides, off the west coast of Scotland. 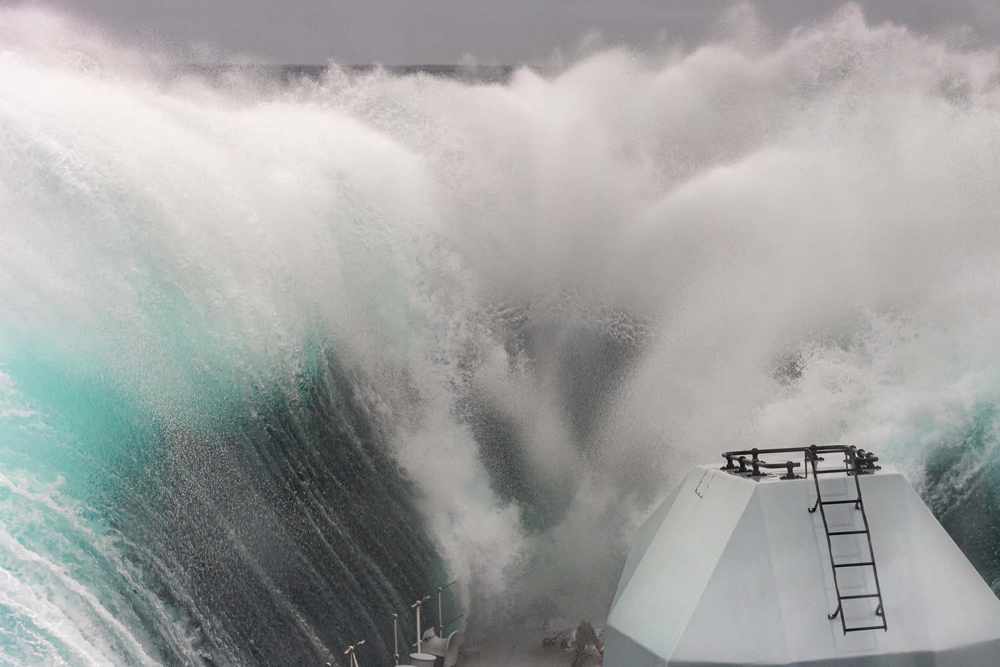 Last weekend, as those patrols continued, the frigate encountered some heavy seas. In good spirits, the sailors aboard posted on social media images of life aboard as a reminder of the challenges. “Sunday Funday at Sea … Spare us a thought, it’s a bumpy day out here onboard the good ship Northumberland.”

“This deployment has been incredibly challenging for my ship’s company given the stringent but necessary restrictions we follow due to the coronavirus,” said Commanding Officer, Commander Thom Hobbs. “Even in the face of these extraordinary challenges, my ship’s company has responded, remaining professional, adaptable, and delivering in abundance. I am incredibly proud of what every sailor has achieved in these testing times.”

Northumberland departed her homeport in late September 2020, first deployed in operations with HMS Queen Elizabeth and the UK Carrier Strike group. As part of a fleet of nine ships, 15 fighter jets, 11 helicopters, and 3,000 personnel from the UK, US, and the Netherlands, she was sailing with the largest and most powerful European-led maritime force in almost 20 years gathered in the North Sea. Using her specialist equipment, including state of the art Sonar 2087 Variable Depth Sonar, her role in the group was as a submarine hunter.

After the strike group, she moved to her current patrol assignment and all told has sailed more than 10,000 miles since leaving home. Despite calls in Dundee, Lerwick, and Faslane during her latest missions, COVID-19 restrictions restricted meant that nobody on board could go any further than the jetty when they come alongside between operations. The sailors have remained in a protective bubble to ensure the virus does not risk their vital operations.

Cdr Hobbs concluded, “All those embarked and deployed in HMS Northumberland would like to wish friends, families and loved ones a safe and festive Christmas and we all very much look forward to seeing you all again in the New Year.”