After suffering a crippling fire last summer in one of its main motors while deployed in Alaska, the U.S. Coast Guard cutter Healy, one of only two ocean-going icebreakers currently in the U.S. Government fleet, underwent one of the more unique overhauls. Over the course of two months, the vessel was drydocked and had the damaged motor replaced.

The U.S. Coast Guard released a time-lapse video reviewing the complex operation to repair the Healy and prepare her for a return to active service.

Out with the old and in with the new!#USCG Cutter Healy had its main propulsion motor replaced through a large cutout in the starboard side of the hull during a dry dock period. This video was captured over the span of a month. #SemperParatus #AlwaysReady pic.twitter.com/JDKHjPZyU4

On August 18, the Healy was underway about 60 nautical miles off the coast of Seward, Alaska when an electrical fire broke out in one of her main propulsion motors. While the fire team was able to disconnect the motor and extinguished the blaze in approximately 30 minutes, the damage to the motor was beyond repair.

The fire disabled Healy’s starboard propulsion motor and shaft, forcing the ship to end its deployment on a combined science and national security mission in the Arctic. The operation was canceled and she headed towards Seattle for a full assessment of the damage.

The Healy is a diesel-electric, twin-screw medium icebreaker designed for operating in up to 10 feet of ice, sufficient for most Arctic operations. She was built at now-defunct Avondale Shipyard in the late 1990s and commissioned in 1999. Among other distinctions, she was the first American surface vessel to reach the North Pole unaccompanied.

When the Healy was built 23 years ago, a spare motor was also built and placed in storage on the East Coast where it has sat all these years. The motor had to be placed on a barge and shipped through the Panama Canal to reach the Healy, which had been moved in October to the shipyard at Mare Island in California.

While the cutter was awaiting the arrival of the motor, she was placed in dry dock where her hull was cleaned and inspected. The process began to dismantle the damaged motor. To remove the motor from the ship and put the new on aboard required cutting out a massive section of the hull which was moved by a special heavy lift crane and placed behind the ship. They then used a winch and pulley system with a skid to hoist sections of the old motor out the side of the ship. The process was reversed to position the new motor into the engine room in mid-November before they began to connect the replacement motor and repairing the hull.

The major portion of the live-saving operation has been completed and the Healy is preparing to return to deployment while the other icebreaker, the Polar Star, was deployed to complete her missions in the Arctic. 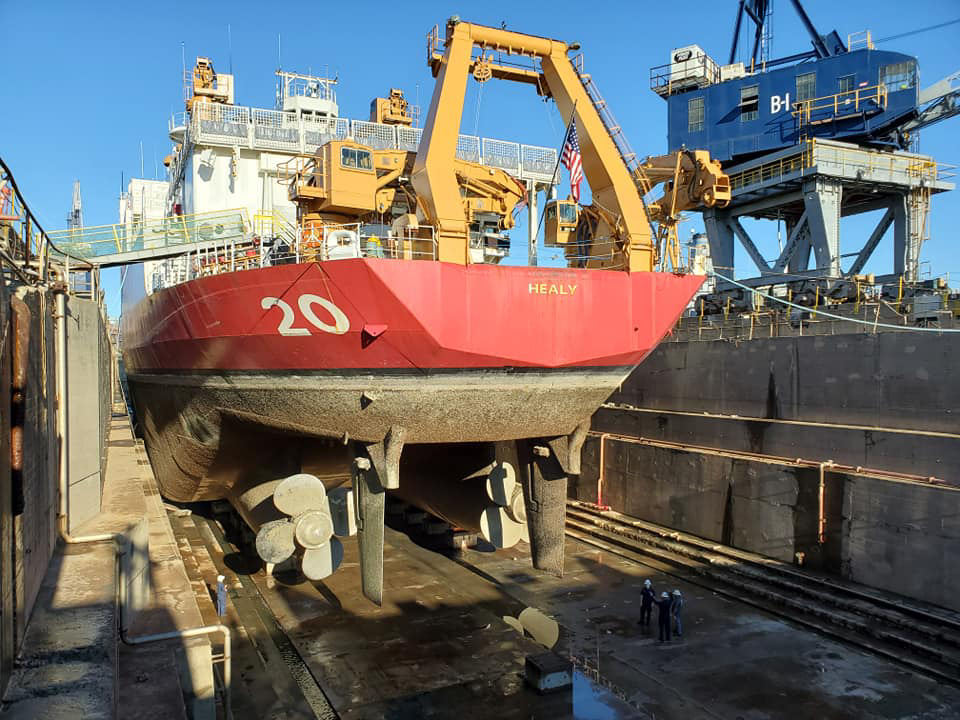 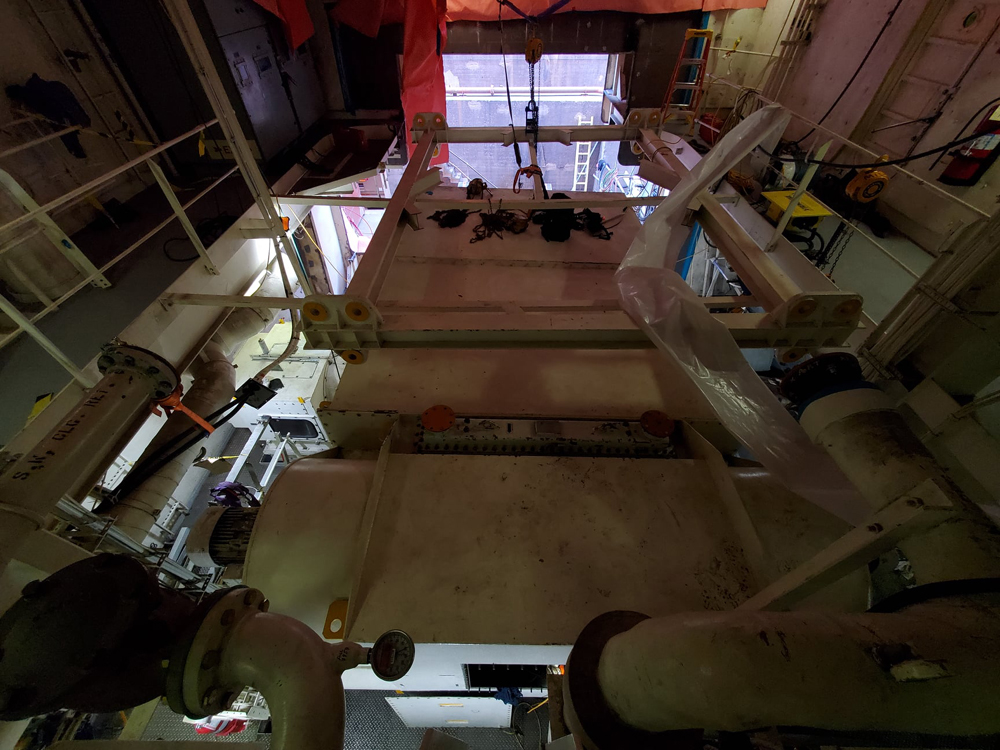 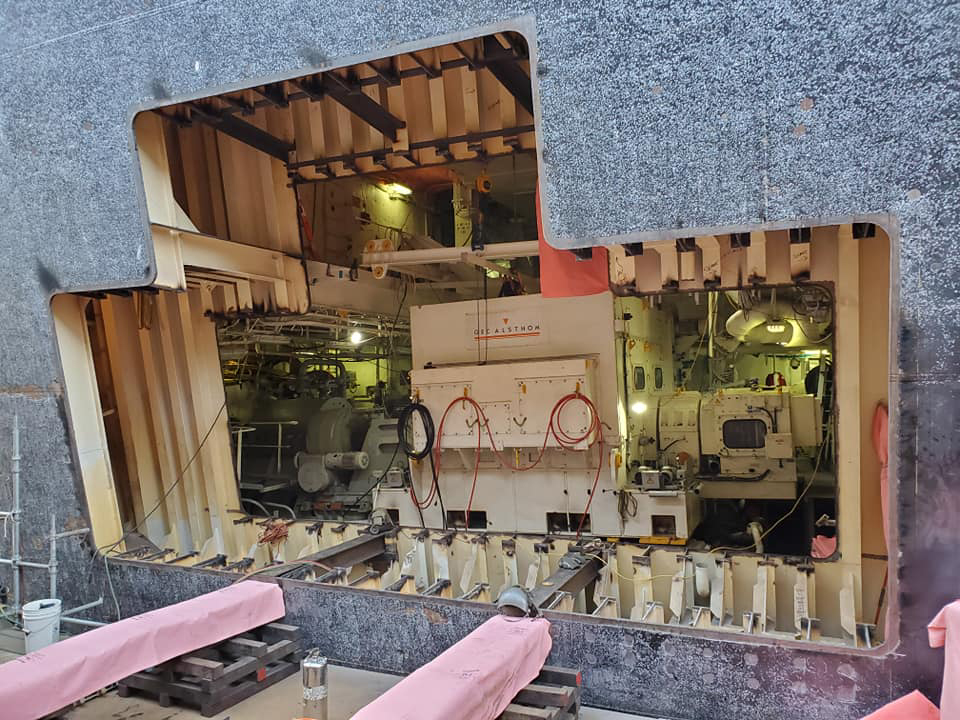