After possibly its most challenging cut that encountered delays including the fire at the wreck site, the wreck removal team completed the cutting operation to separate section three of the Golden Ray wreck. As with the four previous sections removed from the site, the team will now undertake steps to prepare the section to be lifted onto a barge before it can be removed and eventually sent to the recycling operation. The completion of this cut leaves the team with two cuts and three more sections before the wreck has been cleared.

Eight months after the cutting operations began on the wreck, early on July 1, the team completed efforts to separate section three. They had anticipated that the center section cuts would be more challenging, but this one was slowed by hardened steel brackets that were part of the decking system which obstructed the cutting chain. Cutting for this section began eight weeks ago, delayed by necessary maintenance as they encountered the brackets, and then on May 14, the wreck was swept by a fire after welders making relief cuts accidentally ignited one of the wrecked cars still aboard the vessel. The cutting operation resumed 13 days later while teams also continued to make repairs to the lifting lugs damaged during the fire.

A week ago, the Unified Command overseeing the operation reported that they had authorized the use of explosive charges if required to help penetrate the brackets. The team said that the charges could be used to sever any heavily reinforced steel obstructions from the cutting chain path.

Overflight of the site after the separation was completed (St. Simons Sound Incident Response)

A spokesperson for the operation described section three to The Brunswick News as being about 73 feet long and weighing an estimated 3,640 metric tons. They also reported that a further 225 feet of the shipwreck remain.

After the section three separation was completed, the environmental team identified an oil discharge outside the barriers strung around the site. Response vessels contained the oil with an apparatus called a Current Buster. 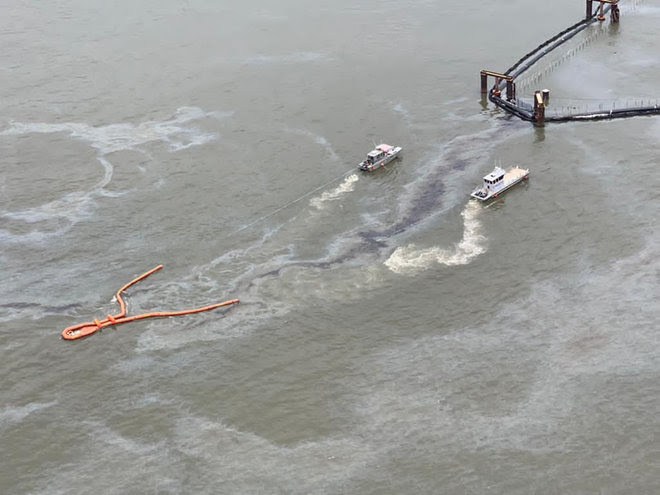 Shoreline survey teams also continue to recover small pieces of debris related to the Golden Ray found along the shorelines of Jekyll Island and St. Simons Island. All debris is sorted, cataloged, and disposed of according to the response debris plan.

The Unified Command did not offer a timeline for when the next cutting might begin. Previously they had said welding technicians were making repairs to the side plates of the lifting lugs for sections four, five and six and engineers would need to reinspect the lugs once the repairs were complete. 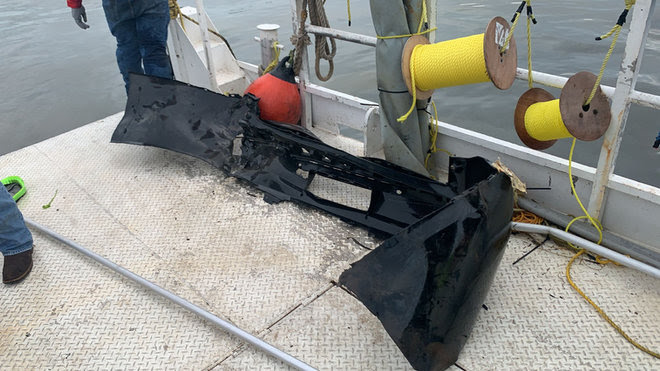 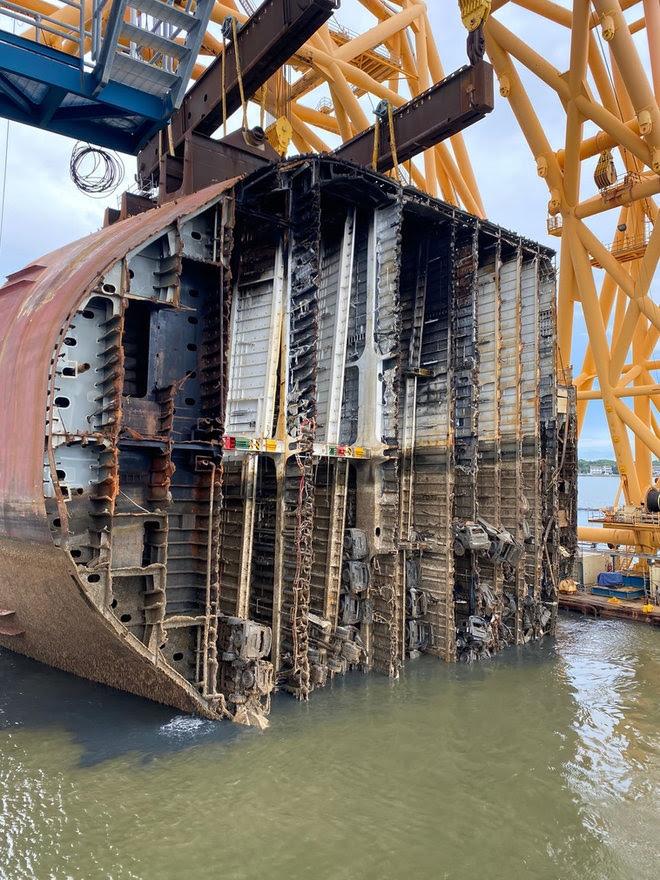