[Brief]  Thai officials are reporting that one crewmember was killed, another severely injured and two suffered less significant injuries after a fire and explosion on a product tanker docked near Bangkok. The Thailand Fire department and Royal Thai Navy released photos and videos of the fire and explosion which shock the port and impacted 200 homes in the area.

According to one of the surviving crewmembers, the 39-year-old vessel, the Smooth Sea 2 was loaded with 1.8 million liters of benzene gasohol and 1.3 million liters of diesel. The vessel, which is 250 long and 3,000 dwt, was preparing to depart when the crew said they spotted a fire on the starboard side of the ship followed by a series of explosions.

The Royal Thai Navy dispatched two boats to fight the fire which was brought under control in about 30 minutes. A diver was sent down to look for a missing crewmember in the water around the ship, but human remains were later found aboard the ship.

The local police reported that they were investigating claims that someone had tampered with the hydraulic system on the tanker causing the fire and explosions. They, however, reported that the vessel while heavily damaged remained stable and there was no further pollution. The authorities however were also checking for potentially dangerous levels of oil or gas vapor remaining aboard the vessel. 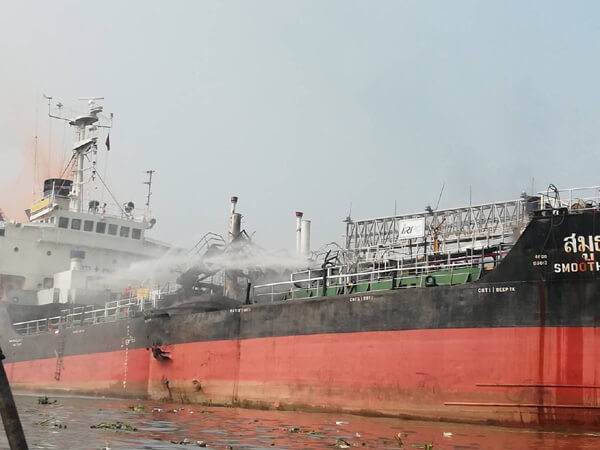 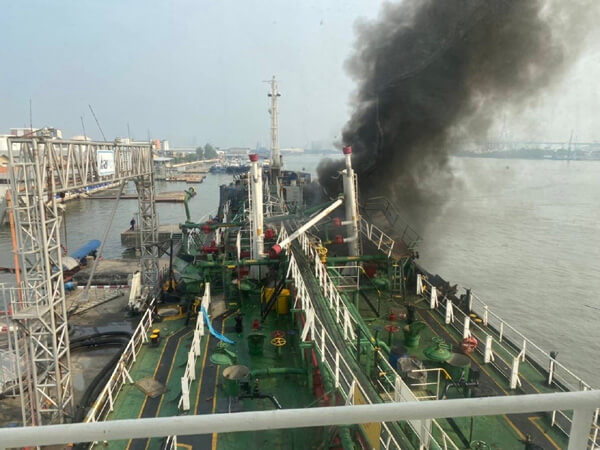