The carrier USS Gerald R. Ford's troubled electromagnetic elevators are so complex that their operating teams have to pass rigorous written and oral licensing exams before they are allowed to run them, the U.S. Navy said in a release Tuesday.

USS Ford has four ship-specific personnel qualification standards for elevator operator, safety observer, supervisor and maintenance technician. Each standard requires passing a written test and oral board before being issued a license. 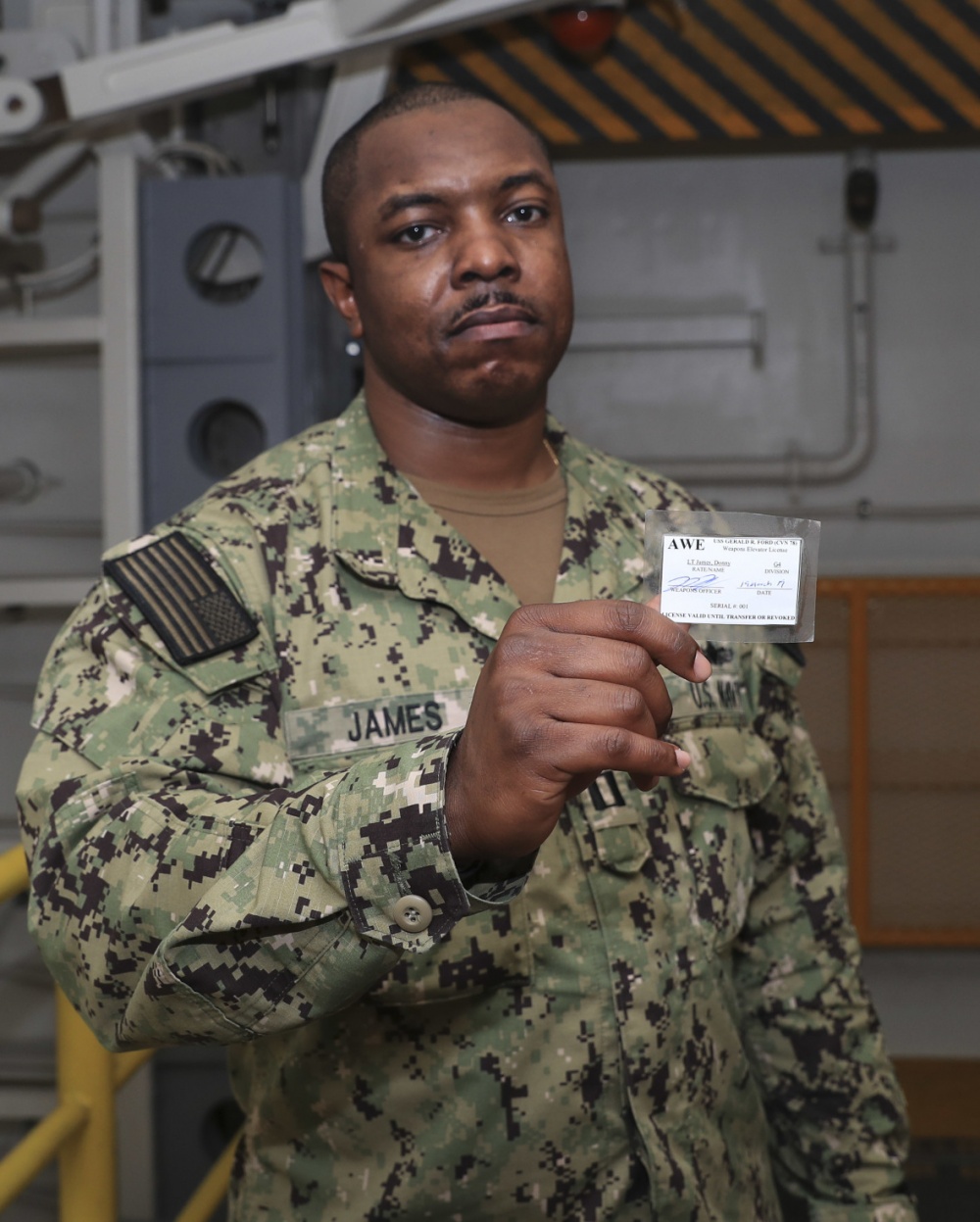 “I am proud of myself for being the first sailor ever qualified on this cutting-edge technology,” said James (left, with operators' license). “USWE-3 was turned over [from the shipyard to the crew] on my birthday. This was a sense of accomplishment among us all and a great birthday present for me.”

Only two out of USS Ford's 11 weapons elevators are working, both of them in the upper stage, and the Navy has had to bring in a team of outside experts to help determine how to get the nine lower stage elevators online. These civilian and military consultants specialize in electromagnetic systems, fabrication and production control, software, systems integration, and electrical engineering. In addition to attempting to fix USS Ford's equipment, they will also recommend ways to avoid similar problems with the next vessels in the Ford class, several of which are already under construction.

The elevators are essential for carrying munitions up to the flight deck for prepping aircraft; without them, Ford cannot arm her fighters. Unlike those fitted on previous generations of American carriers, Ford's elevators are electromagnetically powered, and the technology behind them was not developed to maturity before installation. If they can achieve their design capacity, the new elevators will each move 24,000 pounds of ordnance at 150 feet per minute - twice as much weight and 50 percent faster than the elevators on a Nimitz-class carrier.