[Updated] More than four days after a major fire broke out aboard the amphib USS Bonhomme Richard at Naval Base San Diego, teams of military and civilian firefighters have finally managed to put out the blaze, a Navy official announced Thursday.

“After four days of firefighting, all known fires have been extinguished aboard USS Bonhomme Richard (LHD 6). Our fire teams are investigating every space to verify the absence of fire. Until every space is checked and there are no active fires we will not be able to commence any official investigations,” Rear Admiral Philip E. Sobeck, the commander of Expeditionary Strike Group Three in a statement Thursday. “We did not know the origin of the fire. We do not know the extent of the damage. It is too early to make any predictions or promises of what the future of the ship will be. We cannot make any conclusions until the investigation is complete.”

Sobeck thanked the sailors detailed from multiple commands and vessels in San Diego for their assistance in fighting the fire, along with the many civilian Federal Firefighters who joined the effort. "This was a Navy team effort. We had support from the air and sea. Three helicopter squadrons conducted more than 1,500 water bucket drops, fighting the fire and cooling the super structure and flight deck enabling fire crews to get onboard to fight the fire. Tugs also provided firefighting support from the waterline, cooling the ship’s hull," he said.

The fire-damaged amphib is still listing due to an accumulation of firefighting water, and overnight Wednesday her list shifted sides. Firefighters were temporarily evacuated as a precautionarly measure.

"Out of an abundance of caution the pier and ship were cleared of personnel due to an initial shift in the ship’s list. Personnel are now pier side. We will continue to monitor  as the ship settles," Pacific Fleet Naval Surface Forces said in a statement Wednesday night.

Live harbor camera footage from Thursday morning appeared to show Bonhomme Richard listing to port, towards the pier. Earlier photos from Wednesday appeared to show her listing slightly to starboard. 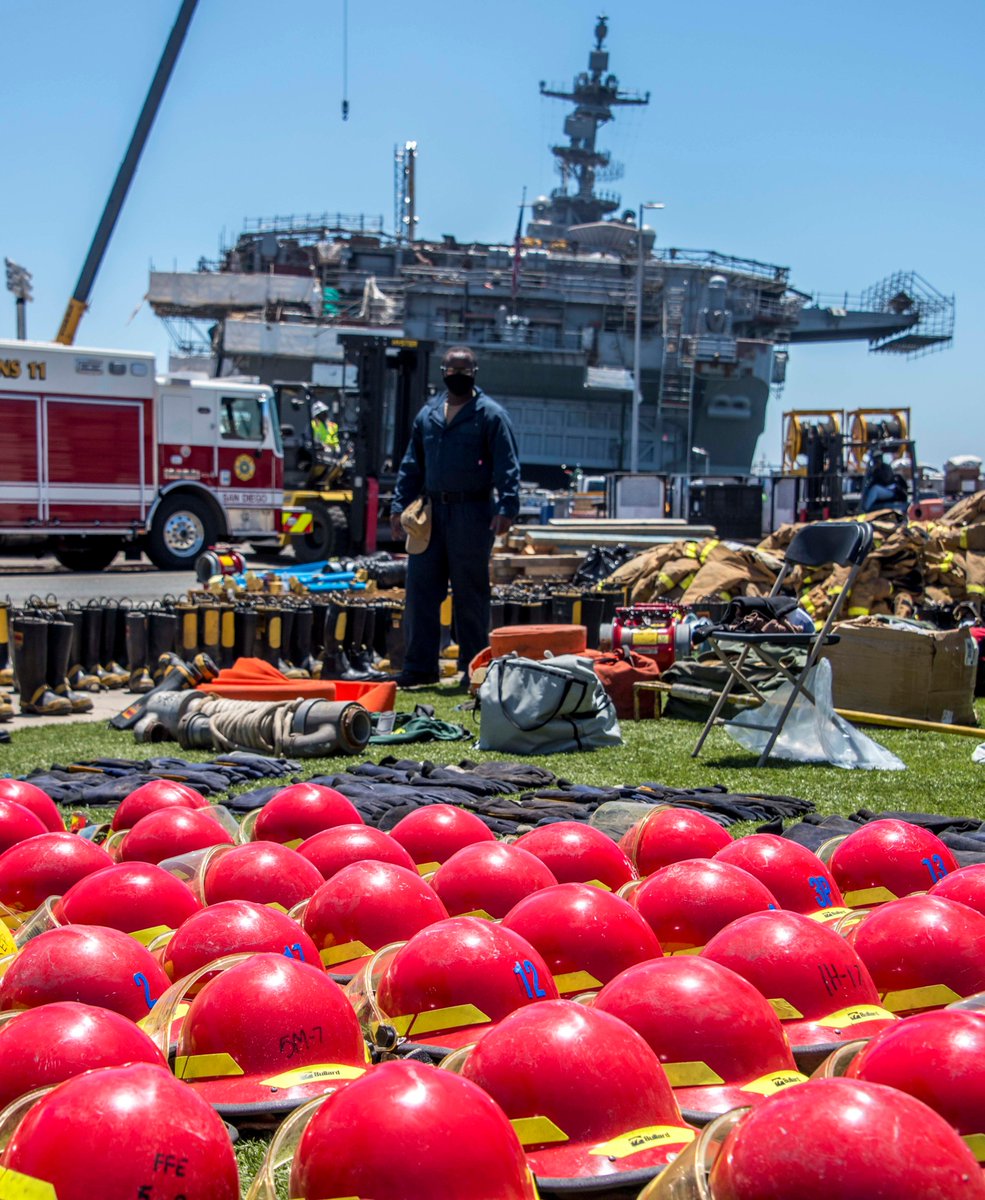 As of 0600 hours, firefighting crews had returned to the vessel and work had resumed, Naval Surface Forces said.

The final injury count - 40 sailors and 23 civilians, all with minor injuries like smoke inhalation and heat exhaustion - was unchanged from July 15.

The Navy officers heading the response did not hold a press conference on Wednesday, the first time since the fire broke out that they did not provide in-person updates. Officials plan to resume press conferences on Thursday at 1400 hours Pacific.

A large number of images purporting to show Bonhomme Richard's interior have circulated amongst open-source intelligence commentators on social media. While their origins cannot not be immediately confirmed, they appear to show extensive internal damage, including warped bulkheads and burned-out electrical systems.