The U.S Coast Guard intends to remove the wrecks of two abandoned ships in Oregon’s Columbia River after it became apparent they are a danger to the environment and a risk to vessels operating outside the navigation channel.

The Coast Guard said that two years after it oversaw the removal of thousands of gallons of diesel and oily water from the decommissioned 125-foot cutter the Alert and the 100-foot former Navy tugboat Sakarissa, the two derelict vessels that sunk off Hayden Island still pose a risk. The wrecks are adjacent to the Interstate 5 Bridge and a mile upriver from the Burlington Northern Santa Fe (BNSF) railroad bridge.

Due to hull deterioration and oil saturation of the vessels’ interiors, the abandoned vessels have been discharging oil into the waterway besides posing a collision hazard for vessels operating outside the navigation channel. 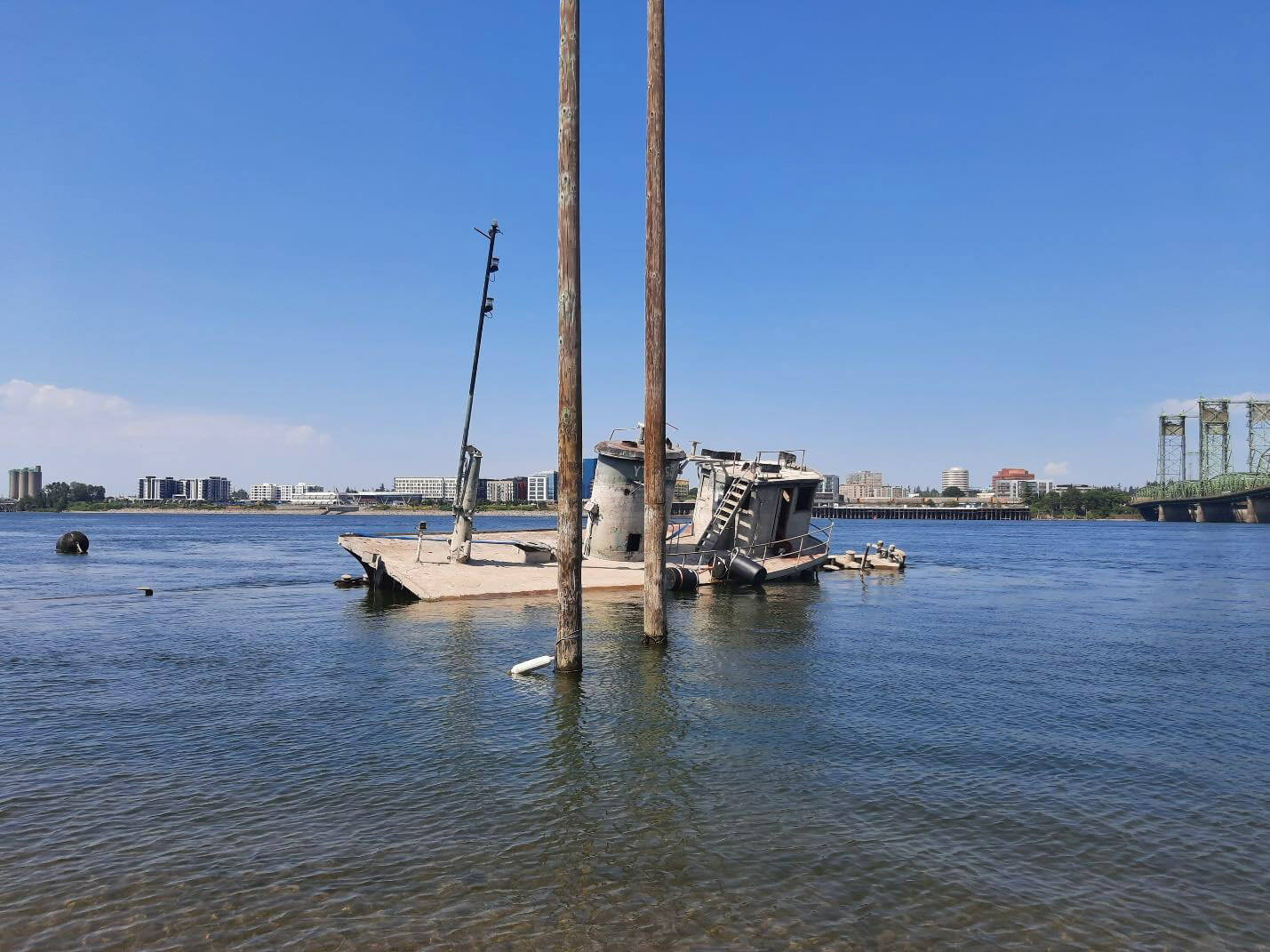 The Coast Guard said it has secured $1 million from the Oil Spill Liability Trust Fund in a two-phase project to raise the vessels and transport them to a facility to safely pump any remaining oil waste product. During the second phase, the Oregon Department of State Lands, with funding support from Metro, is scheduled to assume custody of the vessels for final disposal.

“We have worked closely with our State and local partners to develop an integrated plan to remove these vessels and protect the public and the environment,” said L.T. Lisa Siebert, the Incident Management Division Supervisor at Coast Guard Sector Columbia River – Detachment Portland.

The Coast Guard plans to begin operations in September, starting with dive assessments to determine the safest way to raise and transport the two vessels, with the operations expected to last throughout September.

Plans to remove the two wrecks come just weeks after the Oregon Department of State Lands said in a memorandum that abandoned and derelict vessels seriously threaten the health and safety of Oregon’s waterways by creating both environmental and navigational hazards. Threats include water contamination, habitat degradation, public and private property damage, and impacts on recreational and commercial use and enjoyment of waterways.

Though the department has been working with state, federal, and local partners to clean up and remove the wrecks including Alert and Sakarissa, lack of funding has been a major impediment. Consequently, the department has developed a 2023-25 policy option package request for $40 million in general funds to remove the vessels.

There are 19 known commercial vessels and an estimated 175 recreational abandoned and derelict vessels in Oregon waters.