The arrival of the 14,000 TEU Hyundai Hope in the ports of Bayonne, New Jersey, and Wilmington, North Carolina marked important milestones in the expansion of container service along the US East Coast.

It was both the return of HMM to the US East Coast, as well as the introduction of larger vessels to THE Alliance’s EC2 service route between Asia, South America, and the United States. Ships operating on the EC2 service are now among the most modern and largest fleets serving the US East Coast.

HMM is resuming service along the route after a three-year hiatus. Sailing this route, the Hyundai Hope also became the largest ship to dock in the Port of Wilmington, North Carolina. This was made possible by four major projects aimed at improving port access. Wilmington has recently completed the expansion of its turning basin, increased the air draft over the Cape Fear River, and opened 2,600 contiguous feet of container berth space. 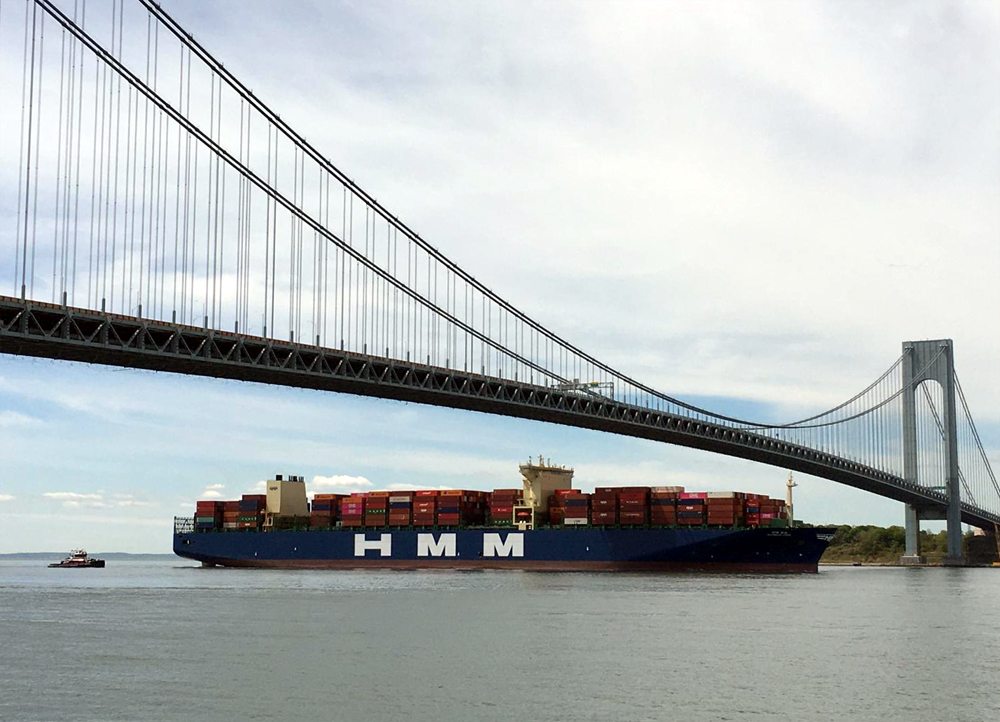 Hyundai Hope navigating to Bayonne, NJ as part of the expansion of US East Coast service - courtesy HMM America

GTC Bayonne, operators of the terminal in New Jersey, highlighted that with the upgrade to the EC2 route, GCT Bayonne will now accommodate three calls per week of vessels ranging between 13,000 and 14,000 TEU.

HMM joined THE Alliance on April 1, 2020, as the fourth full member in the group formed by Hapag-Lloyd, Ocean Network Express, and Yang Ming in 2016