On Monday, American forces seized a giant cache of weapons from a fishing vessel in the Arabian Sea. U.S. intelligence sources believe that it likely originated in Iran and was intended for use by rebel forces in Yemen.

The patrol ships USS Tempest and USS Typhoon encountered the boat in the northern reaches of the Arabian Sea on Monday, and they dispatched U.S. Coast Guard-led boarding teams to inspect the vessel. The teams found 1,400 AK-47 assault rifles and 226,600 rounds of ammunition on board.

The weapons and ammunition were seized and later transferred to the destroyer USS O’Kane. The stateless vessel was destroyed as a hazard to navigation, and the five crewmembers - who identified themselves as Yemeni nationals - will be returned to Yemen.

According to the U.S. Navy, the vessel likely originated in Iran, and it was operating in international waters on a route typically used to smuggle weapons to the Houthi rebel faction in Yemen. Any transfer of weapons to the Houthis would violate U.N. Security Council resolutions and U.S. sanctions. 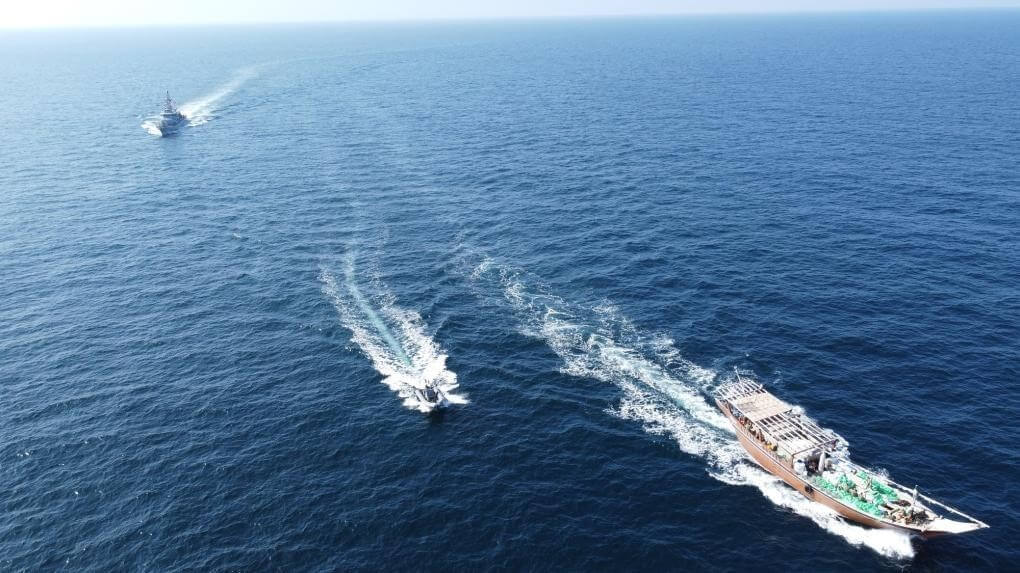 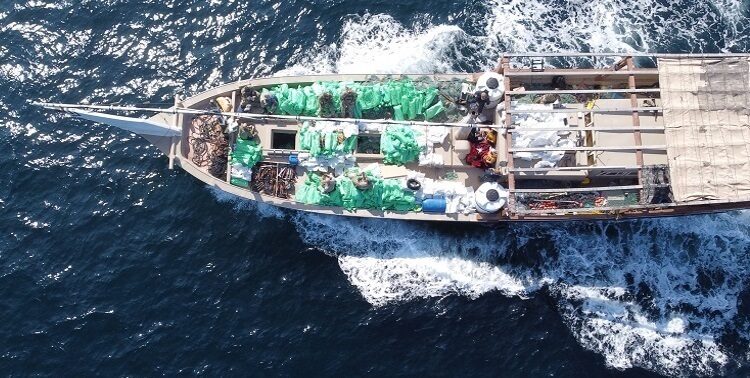 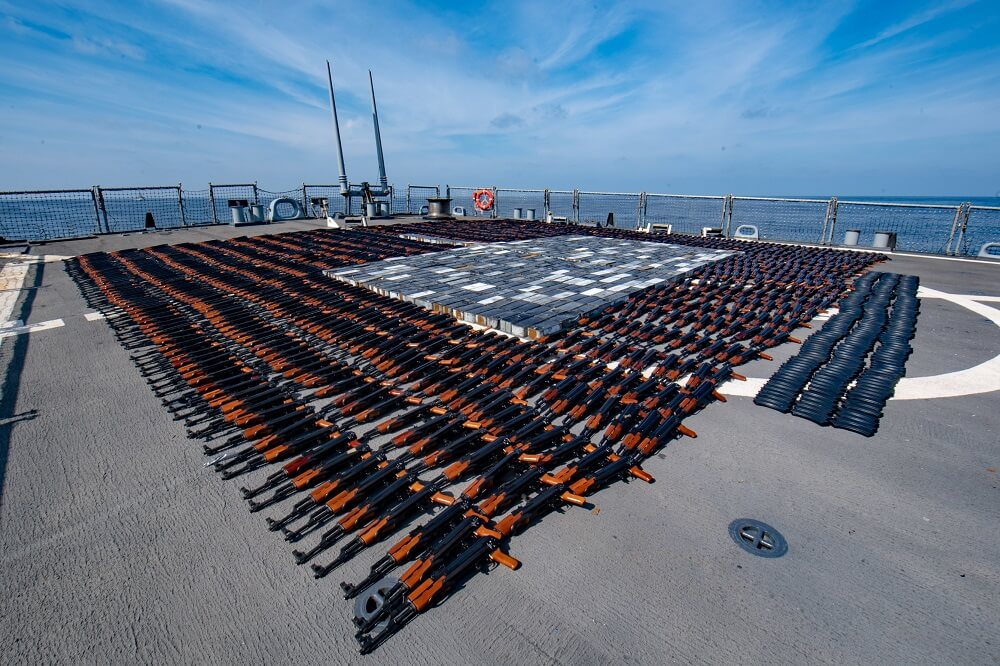 It is the latest in a long string of successful seizures in the region. Altogether, U.S. Navy warships in the U.S. 5th Fleet area of operations have seized about 8,700 illicit weapons so far this year. In May, the cruiser USS Monterey seized dozens of Russian-made anti-tank guided missiles, thousands of Chinese Type 56 assault rifles, and hundreds of PKM machine guns, sniper rifles and rocket-propelled grenade launchers from a similar vesseion the same area.