The U.S. Navy reported that it has successfully completed a mission to recover a lost helicopter that went down in the waters off the coast of Okinawa, Japan. Retrieved from a depth of 19,075 feet it was a new record depth for a recovery mission beating the Navy's previous best.

The helicopter, a twin-engine Sikorsky Seahawk, crashed into the Pacific Ocean last year while operating from the amphibious command ship USS Blue Ridge. There however was no loss of life as the crew aboard the helicopter was able to escape before it sank.

After the loss of the copter, U.S. Pacific Command Fleet requested that NAVSEA’s Supervisor of Salvage and Diving locate and document the wreckage. Using side-scan sonar and other equipment they were able last spring to photograph the helicopter as it lay on the ocean floor. 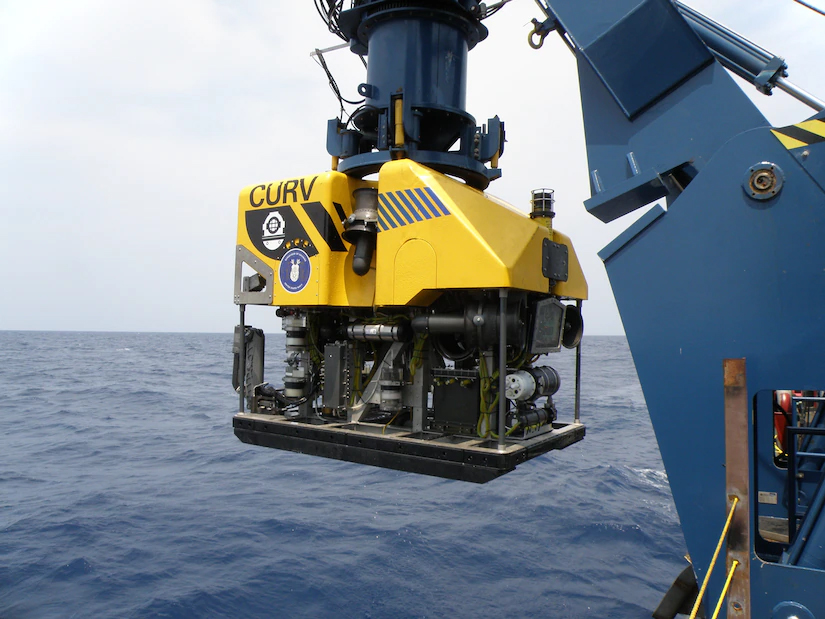 “As a whole, this operation was fast-paced and entirely successful,” said Bryan Blake, SUPSALV’s Deep Ocean Program Manager. “Our efforts validated the Navy’s deep ocean search and recovery requirements. The capability to recover the airframe and make it available to determine the cause of the accident is a huge plus helping to ensure Naval Aviation safety.

The Salvage and Diving Team returned to the site of the crash this month at the request of the Navy Safety Center. The team deployed from Guam equipped with CURV 21, a deep-water, remotely operated vehicle with the ability to meet deep ocean salvage requirements to a maximum depth of 20,000 feet.

Arriving at the crash site on March 17, the team began recovery operations. Pulled from its depth of 19,075 feet, the MH-60S’s recovery broke the US Navy’s previous world depth record for an aircraft recovery.

After the successful operation, the helicopter was transported aboard the salvage vessel to Yokosuka where it will be offloaded for transport back to the United States.