U.S. forces on patrol in the Gulf of Oman and across the region in the Middle East continue to report a dramatic increase in the seizure of illegal drugs and weapons. The effort is part of the Combined Maritime Forces, which is the largest multinational naval partnership in the world. The U.S.-led international naval force has 34 member nations, which have increased regional patrols to locate and disrupt unlawful maritime activity.

In the latest example of their efforts, U.S. Naval Forces Central Command - U.S. 5th Fleet announced yesterday the additional seizure of $11 million worth of heroin during a patrol in the Gulf of Oman. The seizure was conducted by the U.S. Coast Guard fast response cutter Glen Harris, which arrived in the U.S. 5th Fleet region in January and operates from Bahrain where Combined Maritime Forces are headquartered with U.S. Naval Forces Central Command and U.S. 5th Fleet.

According to the reports, the Glen Harris came upon a fishing boat which it determined to be a stateless vessel. The fast response cutter seized 310 kilograms of heroin worth an estimated street value of $11 million from the fishing vessel while conducting patrols in the Gulf of Oman, on May 31. 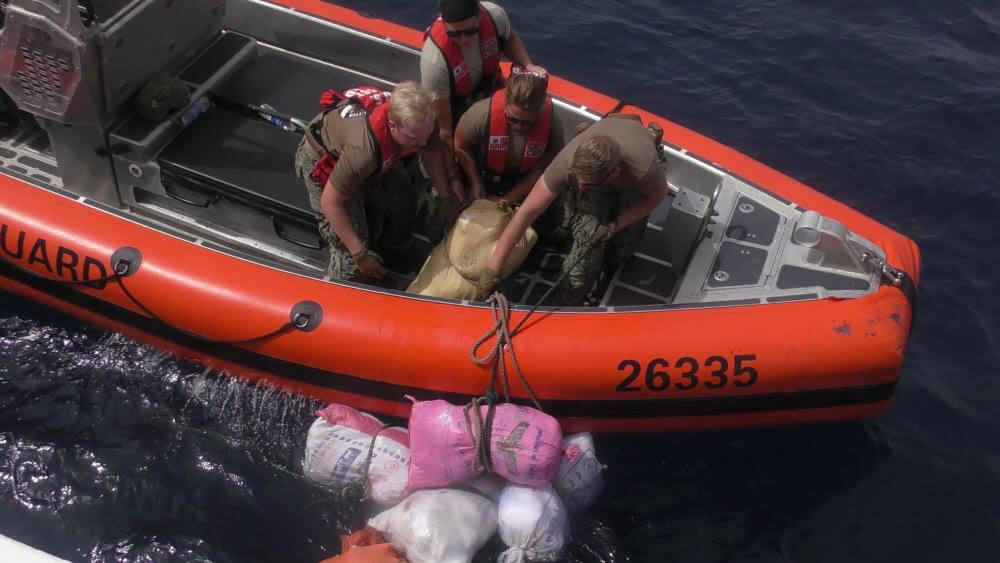 USCG seized the heroin during a routine patrol (US Navy photo)

The Navy attributes the seizures due to an increased presence in the region by the combined force. At the beginning of the year, they reported seizures valued at more than $193 million worth of illegal drugs in 2021. Vice Adm. Brad Cooper, commander of NAVCENT, U.S. 5th Fleet and Combined Maritime Forces noted that the value of the seizures exceeded the combined level of the past four years. He attributed it to “enhancing our presence and vigilance across regional waters.”

In 2022 alone, Combined Task Force 150 reports that it has made nine drug seizures, confiscating heroin, methamphetamine, amphetamine pills, and hashish worth a combined $130 million. In addition to the seizure reported this week, a U.S. Coast Guard interdiction team working with the guided-missile destroyer Momsen seized $39 million worth of methamphetamine in the waters off Oman. That seizure was also made during a routine flag verification, according to the Navy.