On Thursday, the crew of the Coast Guard cutter USCGC Forward delivered more than six tonnes of cocaine to the pier in Port Everglades, Florida. The latest shipment is worth more than $175 million at wholesale prices.

The total is actually less than what Forward accumulated over the span of her Caribbean patrol. Before her return voyage, she had about 18,500 pounds of cocaine worth nearly $250 million sitting on her deck. She transferred about 4,400 pounds to the cutter USCGC Campbell and another 1,600 pounds to the U.S. Drug Enforcement Administration while she was deployed.

Over the course of the patrol, Forward's crew had the assistance of a HITRON helicopter squadron and an embarked Coast Guard law enforcement detachment aboard the Royal Dutch Navy patrol ship HNLMS Holland. In addition to drug seizures, Forward captured three suspected smugglers and held 12 others for detention and processing. 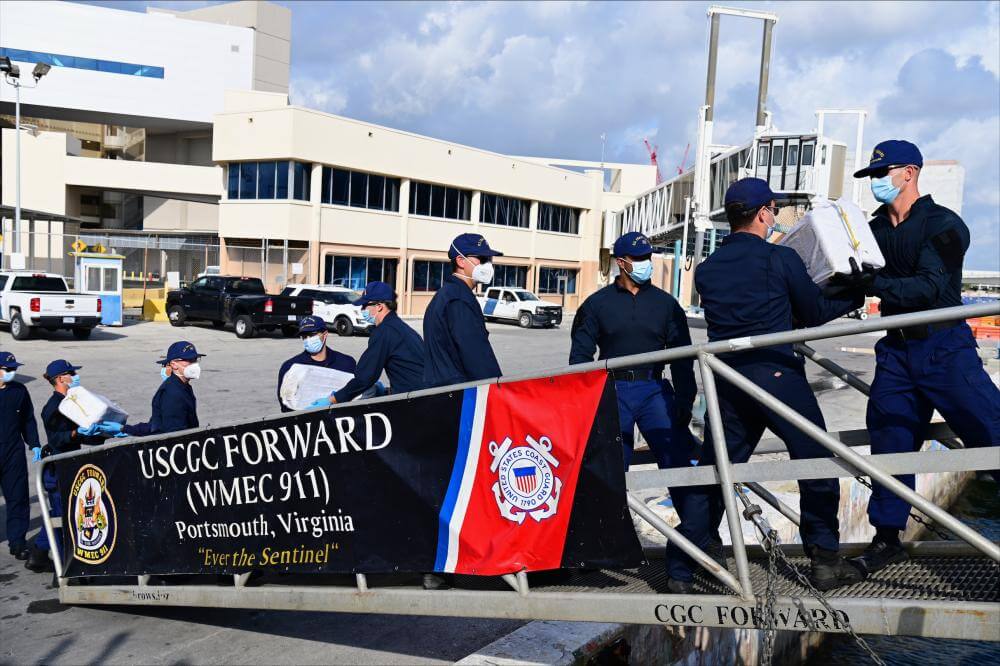 “Working with the Dutch to support multinational interests in the Caribbean is greatly rewarding," said Cmdr. Staci K. Rutsch, Forward’s commanding officer. "Opposing transnational criminal organizations is important in maintaining our partnerships and keeping our partners in the central Caribbean safe."

The Caribbean smuggling trade is of interest to Dutch authorities because of its connection to the boom in cocaine trafficking through Rotterdam, one of the main ports of entry for the popular drug for the EU market. Since the opening of the New Panama Canal, more northbound cocaine from South America has ended up in Europe than in the United States; demand in the EU is high and the price per kilo is favorable for smugglers' profit margins. A small industry has developed for packing cocaine into ordinary containers of goods at Colon and other regional ports, then extracting it at the other end in Rotterdam or Antwerp.

USCGC Forward is a 1990-built medium endurance cutter (WMEC) homeported out of Portsmouth. She is one of 13 Famous-class vessels, which will eventually be phased out and replaced by the future Offshore Patrol Cutters, now under construction at Eastern Shipbuilding and Austal USA. The OPC is the Coast Guard's highest acquisition priority, as the aging WMECs provide the backbone of the patrol force in the Caribbean and the Eastern Pacific.