Last week, the crew of the Coast Guard Cutter Legare offloaded more than 12 tonnes of cocaine at Base Miami Beach. The latest haul is worth about $470 million, the service estimated (plus roughly $4 million worth of bulk marijuana).

The drugs were seized in both the Caribbean and the Eastern Pacific by four different vessels. The Coast Guard typically transloads cocaine seized at sea to a single vessel for return to homeport. Contributing vessels included the Royal Netherlands Navy's HNLMS Groningen, working in partnership with an embarked Coast Guard boarding team; the U.S. Navy LCS USS Billings, also hosting a Coast Guard boarding team; the cutter USCGC James; and the USCGC Legare.

Multiple agencies and nations provide vessel platforms for counternarcotics operations in the busy drug trafficking zones of U.S. Southern Command, but boardings conducted by the internatonal partnership are always performed by coastguardsmen. 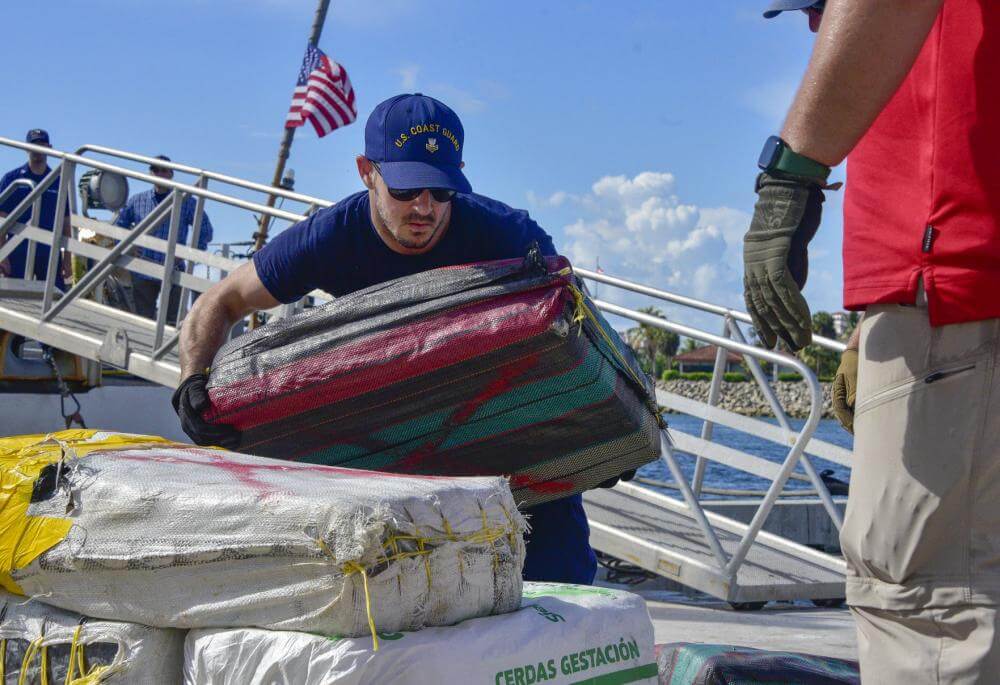 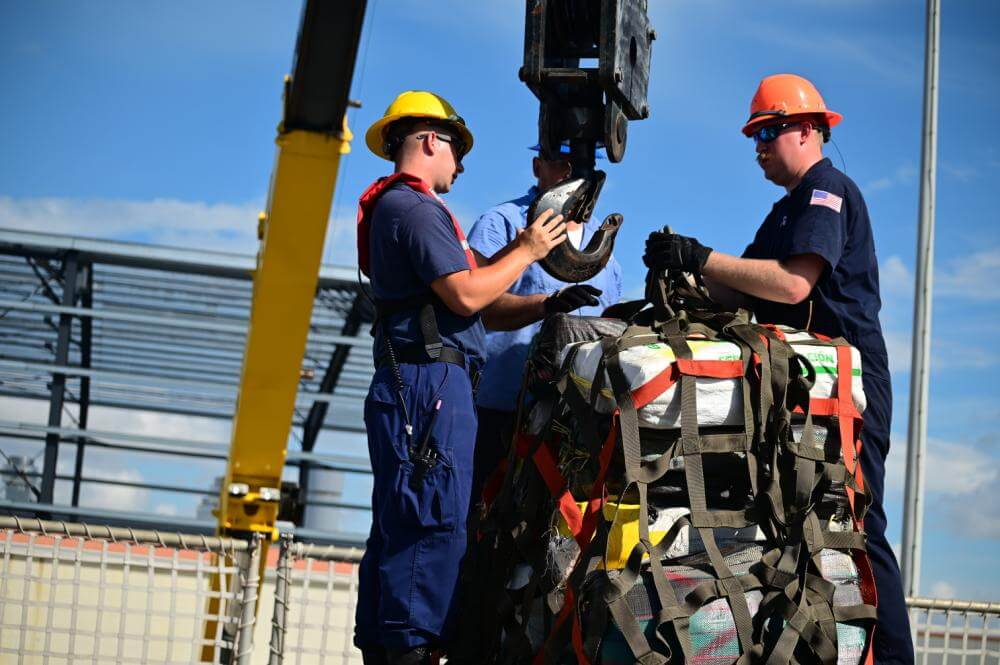 “I am proud of the crew’s continued devotion to duty that made this offload possible,” said Cdr. Jeremy M. Greenwood, commanding officer of Legare. “Through the coordinated efforts of the Legare, the LEDETs, HNLMS Groningen, CGC James, and the USS Billings crews, we significantly contributed to the counter-drug mission and the dismantling of transnational criminal organizations."

The Legare is a 270-foot Famous-class cutter based out of Portsmouth. She was commissioned in 1990, and like other vessels in her class, she is due to be relieved by an Offshore Patrol Cutter (OPC) when the new class delivers. The OPC is the U.S. Coast Guard's highest aquisition priority.