U.S. Coast Guardsmen paused on Monday to honor and remember the crew and passengers lost in the crash of a rescue helicopter during the historic December 1964 storms that struck Northern California.

Later that evening as weather conditions worsened, Arcata Airport Flight Service Station received a radio call from the helicopter crew reporting they were trying to land with three rescued people aboard. Due to a loss of power at the airport, there was no instrument navigation aids or radar guidance to help guide the aircraft in the low visibility conditions.

The following morning, a search team comprised of two Coast Guard aircraft crews and Humboldt County Sheriff’s deputies began searching for the missing aircraft. Over the next few days, a ground party consisting of 200 people including Navy personnel, Georgia-Pacific employees and other California military reservists, searched the forests during dangerous weather conditions without success. 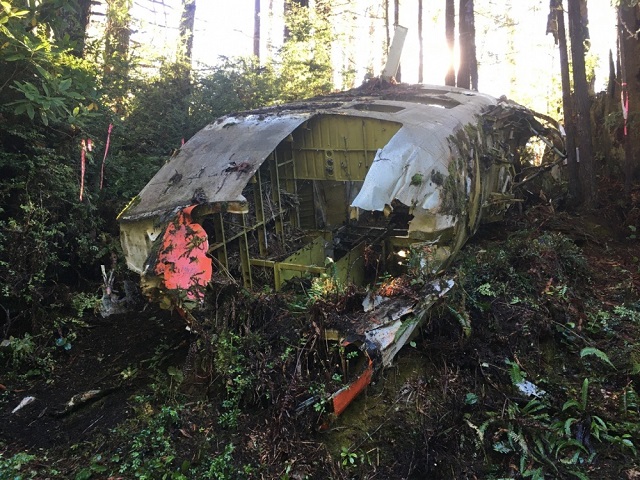 Three days after losing contact with the aircrew, a Navy helicopter from the USS Bennington located the wreckage of the helicopter, tail number CG 1363, and directed ground parties to the crash located on a slope at 1,130 of feet elevation nine miles north of the Arcata Airport near a landmark known today as Strawberry Rock. Located with the wreckage were the three crewmen, Hansen and two women and an infant girl who had been previously rescued before the crash.

Coast Guardsmen at Sector Humboldt Bay maintain a tight bond with their local community. Every December, they hold a memorial service for all who lost their lives on that tragic day.