Two Dead and Three Missing in Collision Off Singapore

Two seafarers are dead, seven have been hospitalized and three are missing after a collision between a dredger and a product tanker off Singapore.

In the early hours of Wednesday morning, the Indonesian-flagged tanker Kartika Segara got under way from an anchorage adjacent to Bukom Island. AIS tracking data (top) shows that she headed southeast towards the Singapore Strait, making about seven knots. The trackline shows that at 0028, she began to cross the westbound traffic flow in a crossing area of the traffic separation scheme. Her heading put her on course to cross the bow of the tug Bina Marine 01 at close quarters, and the Bina gave way and made a turn to starboard at 0030. The dredger JBB De Rong 19 was close behind off the Bina's port quarter; the tanker did not appear to alter her course or speed, and she struck the dredger on the starboard side at 0038.

By 0050, the Segara had crossed the TSS and joined the flow of eastbound traffic, and she increased her speed and headed away from the scene. At 0200, she turned around and anchored off Sentosa. 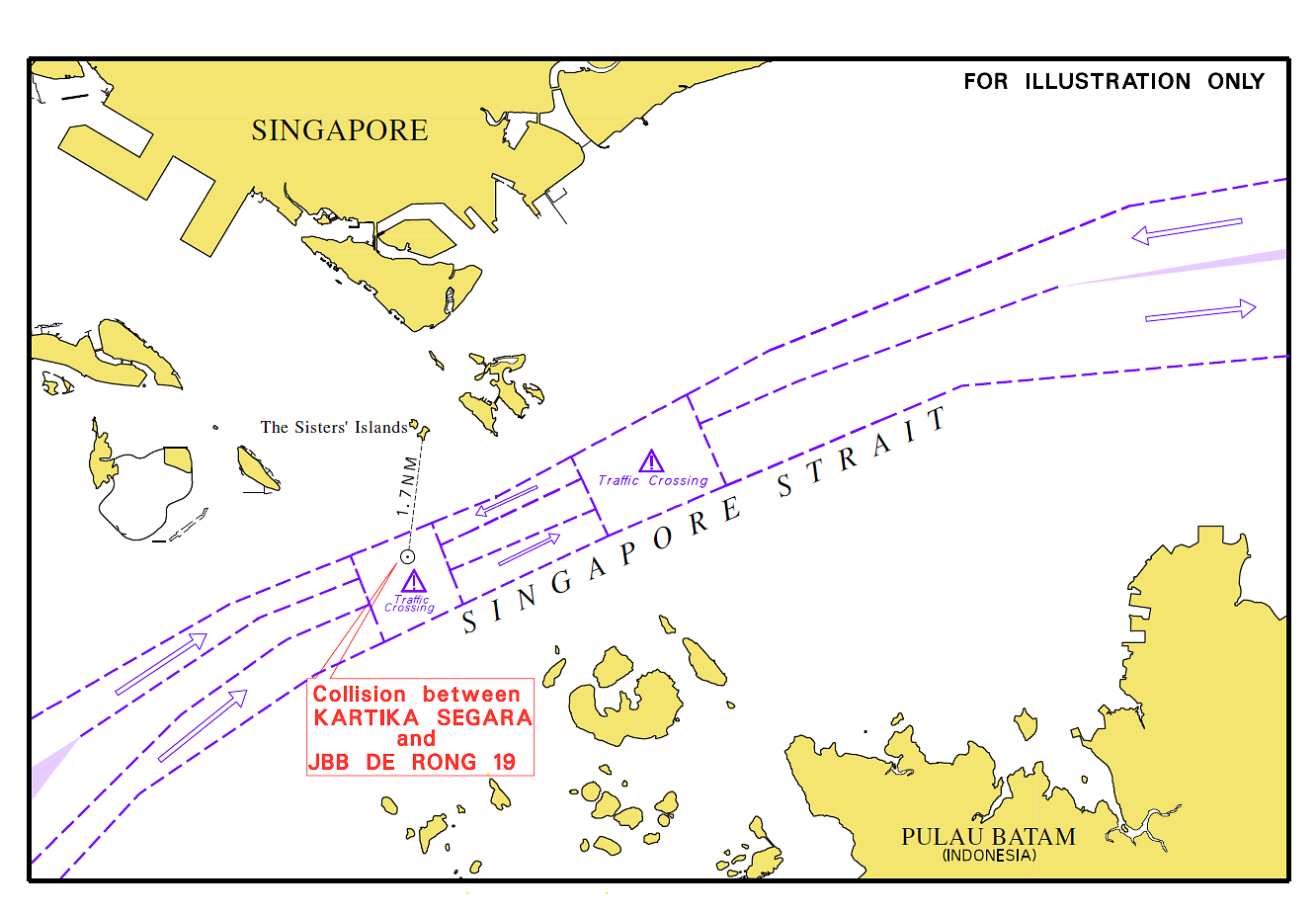 After the collision, the dredger capsized and partially sank, with disastrous consequences for the 12 crewmembers on board. Seven were rescued by the Singapore Police Coast Guard and taken to Singapore General Hospital for treatment. Five have since been discharged. Not all were so lucky: two have been found dead and three remain missing.

200 military and civilian SAR personnel are involved in an ongoing search and rescue effort led by the Maritime and Port Authority of Singapore (MPA), using four helicopters, one fixed-wing aircraft and two dozen surface vessels. Singaporean Minister for Defense Ng Eng Hen expressed hope that the missing seafarers would be located soon. 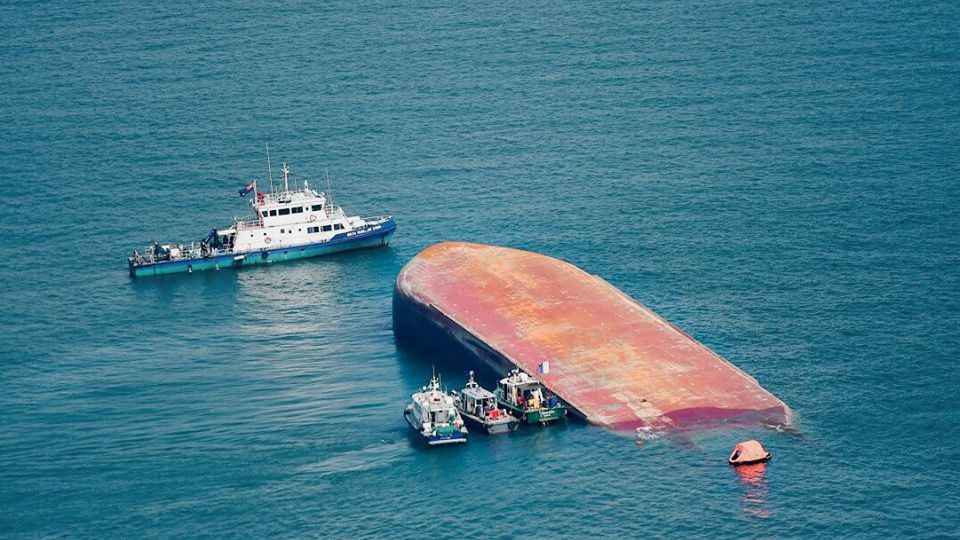 No injuries or hull penetrations were reported aboard the Kartika Segara. Video taken by a Channel News Asia correspondent shows that she has damage to her starboard bow.

The MPA said in a statement that VTS operators had warned Kartika Segara and JBB de Rong 19 of the impending risk of collision, and both vessels had acknowledged receipt of the call. The cause of the incident remains under investigation. “MPA expresses our deepest condolences to the families of the two deceased and wish those injured a speedy recovery. We will continue with our search and rescue efforts to find the remaining three missing crew members," said Mr. Andrew Tan, Chief Executive of MPA.