Turkish firms Ares Shipyard and  Meteksan Defence are partnering on the development of a new unmanned, armed surface platform for domestic use.

The vessel's development cycle has proceeded quickly. The partners say that they completed the prototype's design in August, and the first hull will be launched in December after outfitting is completed. First live-fire tests are expected in the first quarter of 2021.

Ares and Meteksan say that future developments could include variants for surveillance and intelligence, mine countermeasures, anti-submarine warfare, firefighting and search and rescue. 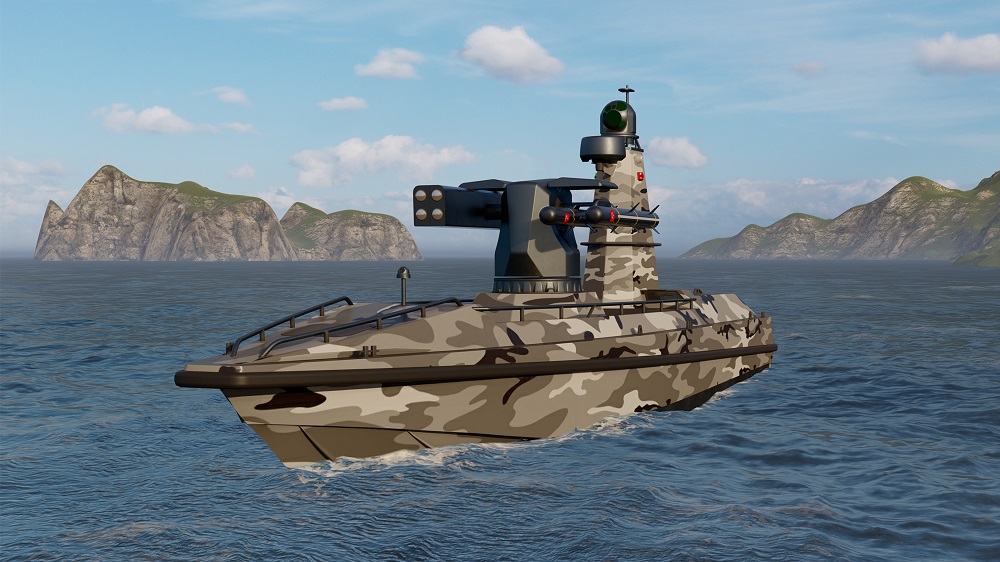 “We are indescribably happy and proud to announce the launch of the first Armed Unmanned Surface Vehicle program after years of intensive engineering works and investments following our dream. We have achieved this success and pride with our owner’s equity investments by prioritizing our national interests as it always has been," said ARES Shipyard CEO Utku Alanc in a statement.

The Ulaq's concept and size are comparable to the Textron Common Unmanned Surface Vessel (CUSV), a U.S. Navy patrol and mine countermeasures boat originally designed to deploy from the Freedom- and Independence-class Littoral Combat Ships (LCS). This year, CUSV was also tested in a harbor security role at Norfolk Naval Station with a remote-control .50 caliber machine gun mount.

Israel's Rafael Advanced Defense Systems has also developed a small autonomous gunboat, the Protector, which is available in nine-meter and 11-meter variants. Like CUSV, it is fitted with a small remotely-operated weapons station with a machine gun or automatic grenade launcher. In 2017, an upgraded version was tested with a Spike anti-tank missile launcher.