The training ship Empire State VI has returned from a two-month mission in support of the hurricane relief effort in Florida and Puerto Rico, where she provided housing for thousands of aid workers.

"Every individual on this ship selflessly put their personal lives on hold for the past two months – in many cases leaving their family and friends – to support the relief efforts and begin to repair the damage caused by multiple hurricanes in the Gulf Coast and the Caribbean," said SUNY Chancellor Kristina Johnson. “This is a proud moment for Maritime College, SUNY, and all of New York State as we welcome home the crew of the Empire State VI.” 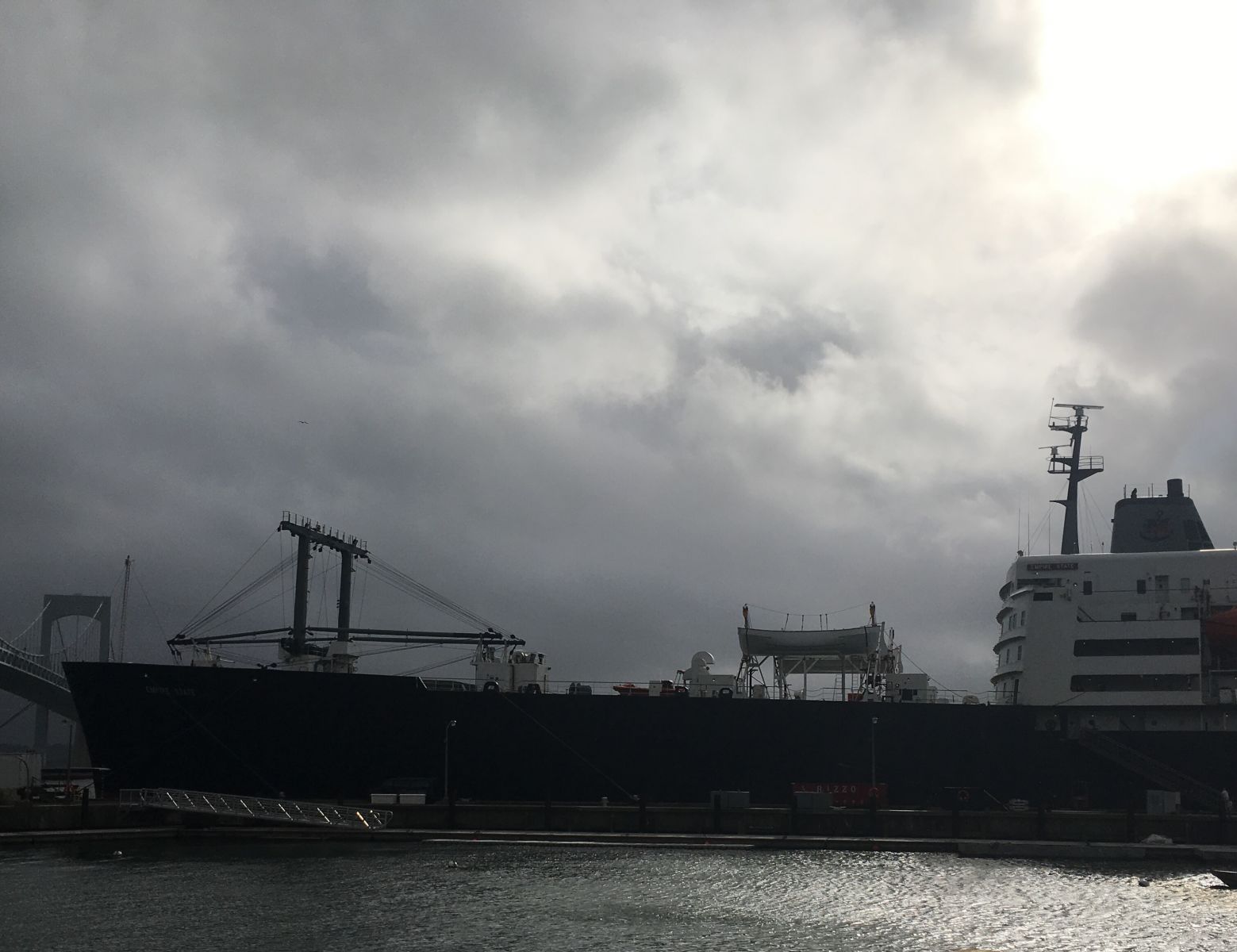 Empire State normally serves to support the training mission of SUNY Maritime's cadet program, but she is owned by the Maritime Administration (MARAD) and can be called up to assist with disaster relief when required. She was also deployed for the Hurricane Katrina response in 2005 and for the response to Superstorm Sandy in 2012.

Housing wasn't all the Empire State brought to Puerto Rico. Thanks to a state-wide donation campaign led by Governor Cuomo and the State University of New York, the vessel also carried 46 pallets of bottled water, food and other items for victims of Hurricane Maria.

“Maritime College is honored and proud to have had the opportunity to assist in these recovery efforts,” said Rear Adm. Michael Alfultis, president of SUNY Maritime. “The past two months demonstrate the value of the state maritime academy training ships in times of national need such as these, as well as training America’s future mariners. I am pleased to welcome home Capt. Rick Smith and the crew of the Empire State VI and to thank them for their service.”

While the 700-passenger Empire State has returned to her home port, waterborne hotel services for the relief effort are a continued part of the federal response. In the U.S. Virgin Islands, FEMA has chartered the 2,000-passenger Carnival Fascination and the 1,900-passenger Grand Celebration to remain pierside through the end of the year. In addition, AIS data indicates that the Massachusetts Maritime training ship Kennedy has not yet returned from a similar housing mission in Puerto Rico.

Small amounts of fuel from the sunken con/ro Grande America are still washing up on France's Bay of Biscay coastline, according to regional maritime agency Premar Atlantique.  On February 17-18, patches of heavy oil were discovered on a number of beaches in the departments of Loire-Atlantique and Vendée. On the most heavily affected sites, a few tens of kilos of pollutants have been recovered, as well as several birds carrying traces of oil. Upon the discovery of the oil, Premar Atlantique mobilized...