Tokyo previewed its new state-of-the-art Tokyo International Cruise Terminal, which is officially set to open to the public September 10. Designed to be part of the now delayed Tokyo Summer Olympics, the terminal will also permit the Japanese capital city to accommodate the world’s largest cruise ships.

The new four-level terminal was built in the Koto Ward of Tokyo placing it closer to Tokyo Bay than the current Harumi Passenger Ship Terminal. Located in the Chuo Ward, the current terminal requires ships to pass under the Rainbow Bridge. Most of the newer, large cruise ships do not have sufficient clearance to pass under the bridge and instead have been docking in Yokohama requiring passengers to take a longer trip to reach the capital city. 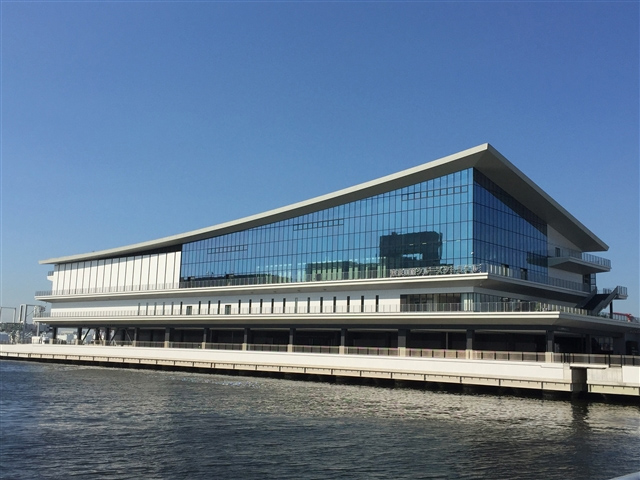 In addition to not having the clearance issues, the new terminal also features a longer 430 meter dock with an 11.5 meter depth. Officials said that the terminal will be able to accommodate all of the world’s largest cruise ships up to approximately 220,000 gross tons. The four-story building is approximately 19,000 square meters and has facilities for immigration, customs, and quarantine, as well as passenger waiting areas and concessions. It also has an open air observation deck with views of the Tokyo skyline and waterfront.

Planning for the new facility began in 2015 and construction was largely completed by June at a cost of nearly $400 million. Yesterday, August 26, Tokyo governor Yuriko Koike toured the facility with the media prior to the public opening. As part of the event, the Japanese cruise ship Nippon Maru also made a ceremonial first docking at the new terminal.

While cruise operations are suspended, the terminal will still open to the public on September 10 and local officials hope that it might be used as an event space until cruise ships resume operations. 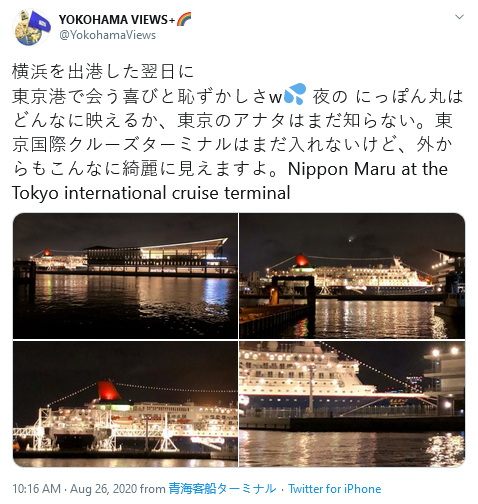