The First Mombasa Port Visit in Over a Decade by a U.S. Naval Vessel

On Monday, the U.S. Navy expeditionary sea base USS Hershel “Woody” Williams arrived at the Mombasa Port as part of its 2021 African Coast deployment.

This is the first U.S naval ship in over a decade to dock at the port after USS Porter’s visit in 2007.

The Unites States is Kenya’s largest bilateral benefactor, especially when it comes to enhancing the maritime security capabilities of the Kenya Navy and the Coast Guard.

“Our visit to Mombasa confirms our resolve and commitment to the preservation of security and stability in Kenya and Africa,” said Capt. Michael Concannon, the commanding officer of USS Hershel “Woody” Williams. 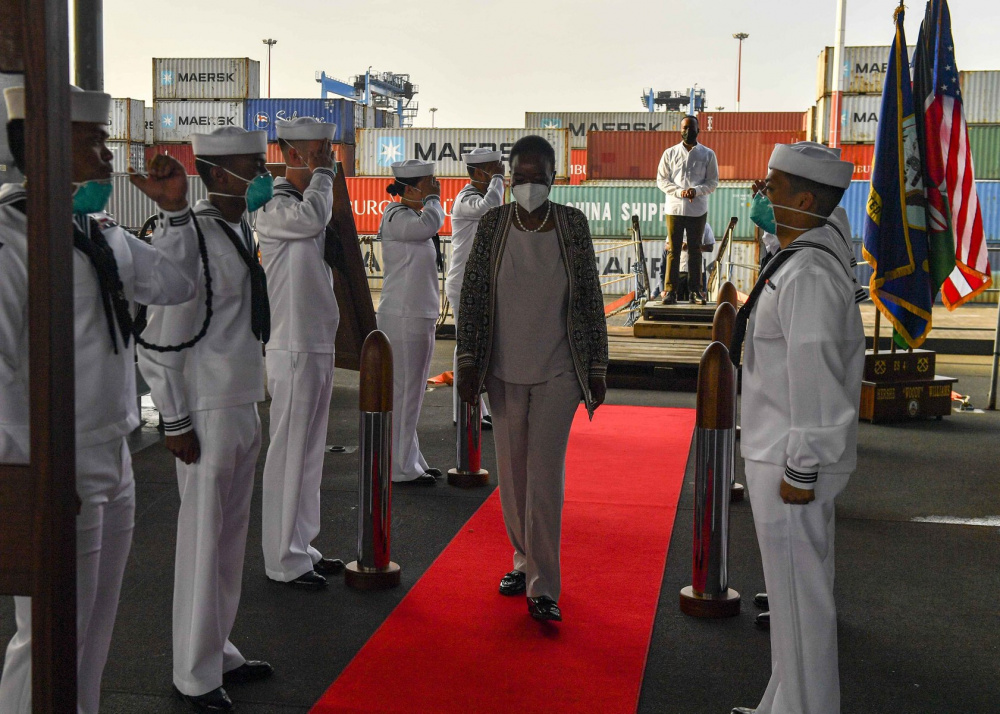 The vessel is deployed to the eastern Coast of Africa to advance American interests in maritime security and stability in Africa. She also supports the growing strategic partnerships between the U.S. and African countries through training and security for freedom of navigation. With a rotational crew swap, Williams conducts U.S. Africa Command's missions in the Mediterranean, East, West and South Africa.

The visit comes at a period when there is debate about the increasing Chinese naval influence in Africa, but the United States’ capacity building efforts - especially in maritime security - remain phenomenal. Since 2003, the U.S. Department of Defense has provided the Kenya Navy with over $161 million of hardware assistance and equipment training; $3 million of professional development; and over $1 million of maintenance upgrades for naval equipment, according to the U.S. Embassy in Nairobi.