An Aframax tanker heading southbound this afternoon in the Suez Canal lost steering control and became wedged across the navigational channel of the canal south of Little Bitter Lake blocking all traffic. The Suez Canal Authority is reporting that it was successful in refloating and repositioning the vessel back into the channel.

AIS data shows the vessel surrounded by tugs making intermittent progress with at least six more vessels also southbound caught directly behind the disabled tanker. The incident is happening near the southern terminus of the canal in the area with single traffic not far from where the Ever Given became stranded in 2021.

The tanker is the 114,600 dwt Affinity V registered in Singapore. The six-year-old vessel had offloaded its cargo in Portugal so it was transiting the canal with only ballast returning to Saudi Arabia to load its next cargo. The vessel is 828 feet long and currently reported to be operating with a 36.7-foot draft.

According to Lieutenant-General Osama Rabie, head of the Suez Canal Authority, the tanker had “a technical malfunction at the ship’s rudder, which caused the loss of the ability to steer and strand the ship.” It was at the 143 kilometer mark in the channel which places the vessel approximately halfway between Little Bitter Lake and the southern terminus at Suez. 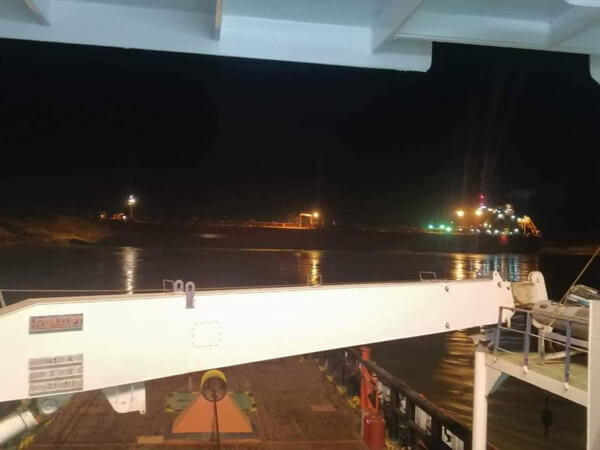 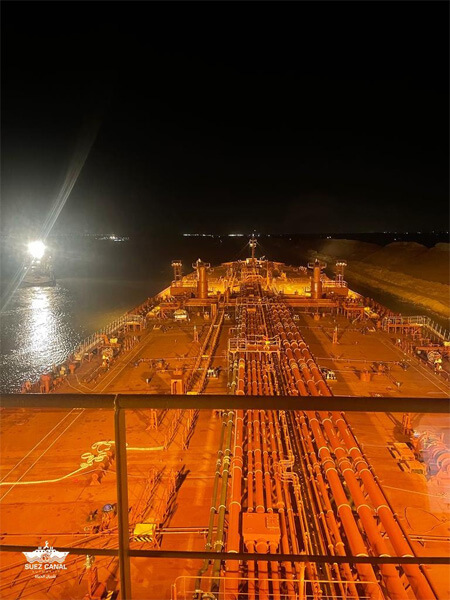 The Suez Canal Authority received reports at approximately 5 p.m. local time that the tanker was disabled and immediately dispatched five tugs for a rescue attempt. They found the vessel diagonally across the channel and it took nearly five hours for the vessel to be pulled free of the bank and repositioned into the channel. An SCA tug now has the lead tow line guiding the tanker south while three Svitzer tugs remain attached by lines at the stern.

The vessel is expected to continue to make slow progress and it could be several more hours before it clears the channel. The canal authority however is seeking to reassure the shipping industry that they were able to recover from the grounding and that operations are proceeding in the Suez. 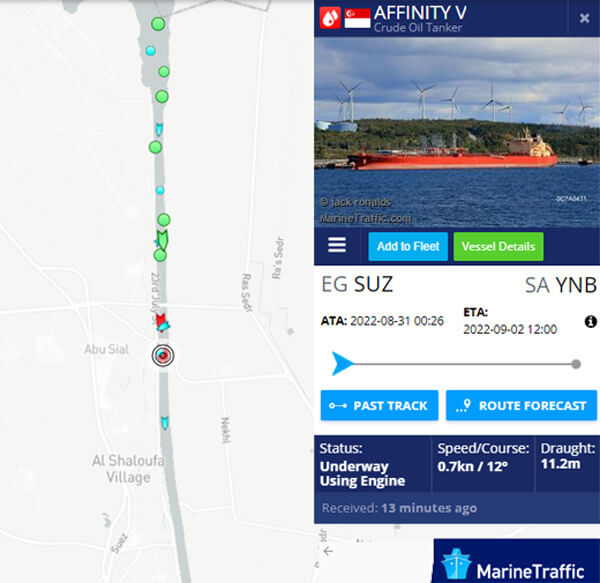