The South Korean navy (officially, the Republic of Korea Navy) is getting its first-ever aircraft carrier, the country's ministry of defense announced Tuesday.

In its latest five-year defense plan, the ministry included a graphic showing a light carrier similar in layout to the USS America, a U.S. Navy flat-top derived from the Wasp-class amphib design. The proposed LPX-II design is reportedly a derivative of South Korea's Dokdo-class helicopter carrier.

LPX-II lacks a launch catapult, and it is intended to field the vertical-takeoff F-35B fighter, which the ministry announced plans to procure earlier this year. It also lacks a well deck.

According to USNI, the 30,000-LDT vessel will be the ROK Navy's new flagship. Procurement is scheduled to begin in 2021 for a delivery later this decade. 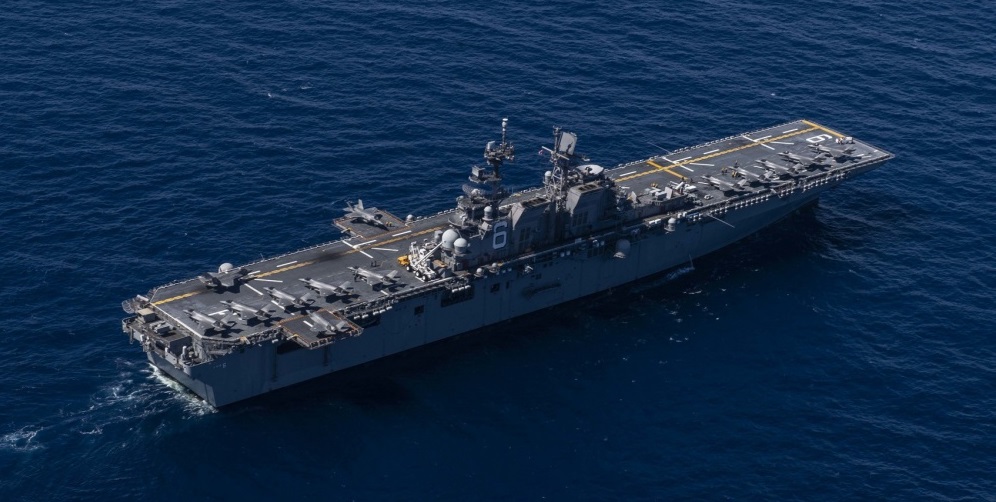 Hyundai Heavy Industries won the contract to design the LPX-II late last year, taking a previous design by Hanjin Heavy Industries and Construction as its starting point. The new vessels will be longer and heavier than the previous Dokdo-class ships.

The development comes as neighboring China invests heavily in aircraft carriers and flat-top amphibious warships, which could also be used for vertical takeoff fighter deployment in future years. China's first new Type 075 amphib headed out on sea trials last week, and the second in the class is not far behind. Insider reports indicate that the follow-on design, the Type 076, will have much more capability, potentially including an integrated electric propulsion system and electromagnetic launch catapults.