After months of effort, the wreck of the fishing boat Pacific Paradise has finally been removed from a shallow reef off Waikiki. The vessel went aground near one of the world’s most famous beaches on October 10, and the challenging location thwarted multiple attempts by multiple salvage companies to remove her.

On Wednesday, salvors with Resolve Marine managed to pull the Paradise 600 feet from the site where she went aground. However, her hull grounded again in a sandy channel when the tide ebbed, forcing the team to wait for another high tide. On Thursday morning, they refloated her a second time and successfully removed her from the area.

The salvage plan calls for towing the Paradise 13 miles offshore to an EPA-approved site for a controlled sinking. Coast Guard Chief Petty Officer Sara Muir told local media that salvors will send the vessel to the bottom in 1,800 feet of water.

The successful refloat was made possible by the installation of special foam, along with a watertight patch on the bulkhead between the fish hold and the engine room. This fixed an existing bulkhead section that appeared to have failed as the result of past modifications. At some point in the vessel's life, a hole was cut in the bulkhead, a common occurrence during major equipment repairs, and workers had tack-welded a metal plate over the hole after the job was complete. This plate failed under pressure when the vessel flooded. Replacing the plate with a watertight patch allowed the fish hold to be pumped out, creating more buoyancy.

“It’s a challenging space to work in and we needed a little more time to make sure the new patch is fully installed,” said Todd Duke, project manager with Resolve Marine in a statement on Tuesday.

Divers installed a 30 square foot, gasketed metal plate against the existing bulkhead and dogged it down with metal posts and wing nuts. All of the work took place underwater as the fish hold could not be pumped dry until the patch was in place.

Now that the vessel is finally gone, site restoration can commence at the reef. The Paradise spilled about 100 gallons of diesel and hundreds of steel fishing hooks during her two months on the reef, and marine biologists will inspect the area carefully for signs of damage. 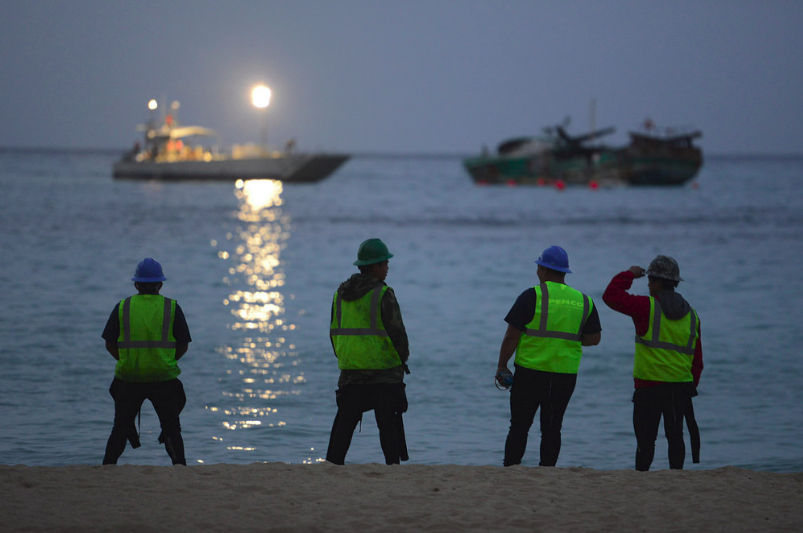 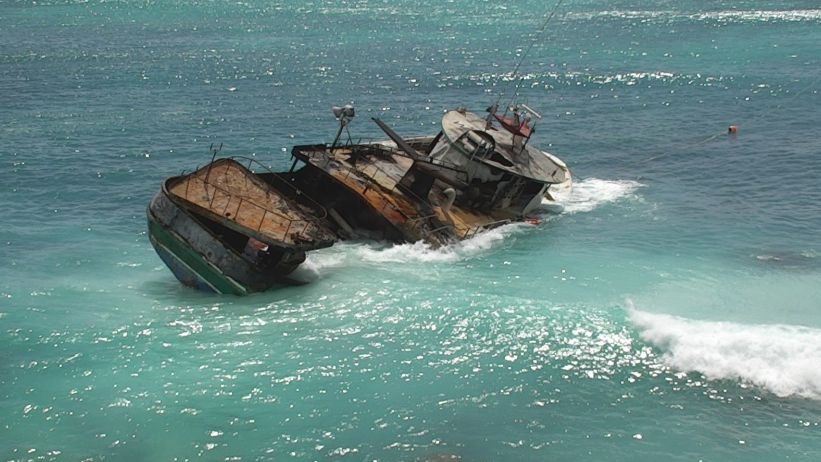 The Pacific Paradise before her removal (USCG)