U.K. Defence Minister Stuart Andrew has announced that the Royal Navy's new submarine hunter will be named HMS Sheffield. The ship will be the fourth ship to carry the name and will be Britain’s fifth Type 26 frigate.

The two ships will join HMS Glasgow, HMS Belfast, HMS Cardiff, HMS Birmingham and HMS London. The final name has yet to be announced.

All of the Type 26 frigates will be built on the Clyde, supported by suppliers across the country and securing decades of work for more than 4,000 people. The first three ships have already been ordered for £3.7 billion ($4.7 billion). 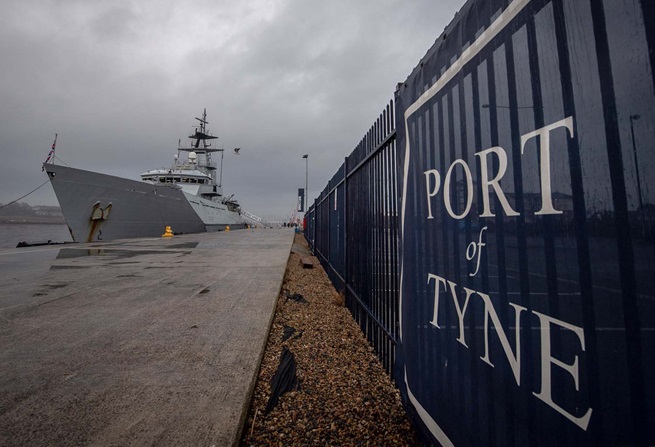 The ships are also vital to the Royal Navy’s anti-smuggling and counter-terrorism work, and frequently escort foreign vessels, including those from Russia, through the English Channel. Just last month, HMS Tyne monitored a Russian frigate as it passed through the English Channel, while last year, HMS Mersey returned from a 48,000-mile deployment where she played a key part in a £12 million drugs bust off the coast of Nicaragua and helped combat the migrant crisis in the Mediterranean.

The Royal Navy expects to have five its new-generation Batch 2 Offshore Patrol Vessels, HMS Forth, HMS Medway, HMS Trent, HMS Tamar and HMS Spey, operational by the end of 2020.