Royal Caribbean International’s cruise ship the Quantum of the Seas returned to port in Singapore on Wednesday morning, December 9, a day earlier than planned with reports of a passenger having tested positive for the COVID-19 virus during the ship’s third cruise since resuming service. In a statement issued by the cruise line, they confirmed the positive test aboard the ship, reporting that the tracing and quarantine protocols have been implemented as per the standards established by Singapore.

Before giving permission to start the test program of cruises, Singapore’s government developed a strict set of protocols in coordination with DNV GL. The government and tourist authorities said the cruises would operate on a trial basis while they monitored the program and adherence to the procedures. The two cruises ships granted permission to resume sailing are being restricted to half capacity with passengers only coming from Singapore residents and required to test negative before boarding.

According to reports from the Singapore media, the captain of the Quantum of the Seas announced the suspected case aboard the cruise late last night asking all passengers to return to their cabins. The ship reached the dock and this morning all passengers remain in their cabins with breakfast having been served to them.

All passengers and crew aboard the ship were also required to carry a tracking device which Royal Caribbean is calling a tracelet. The use of the device permits them to quickly identify any passengers or crew that came in close contact with the case of COVID-19. 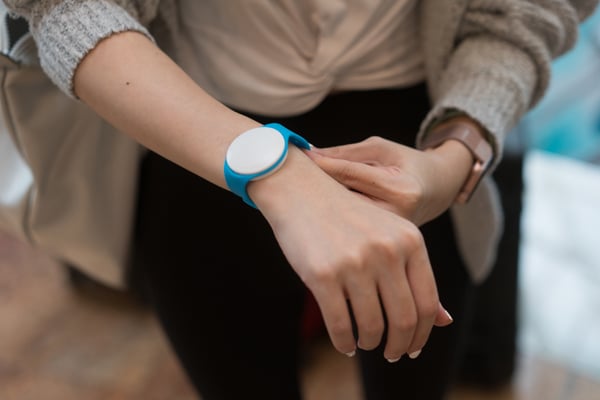 Royal Caribbean is reporting that at this time all the people who are believed to have been in close contact with the infected passenger have tested negative for the virus.

The Singapore Straits Times is reporting that the next steps will be that the infected passenger and anyone traveling with them will be placed in quarantine while all of the other passengers will be permitted to disembark and take a test for the virus. Everyone will be monitored for the next two weeks, but will be able to proceed with normal activities. Royal Caribbean is required to arrange for swab testing for all of the passengers and contract them in a week with the details of the testing that will be carried out in fourteen days.

The protocol also requires the cruise ship the Quantum of the Seas to undergo a deep cleaning. At this time, it is unclear what other steps Singapore will require or when the ship might resume service. 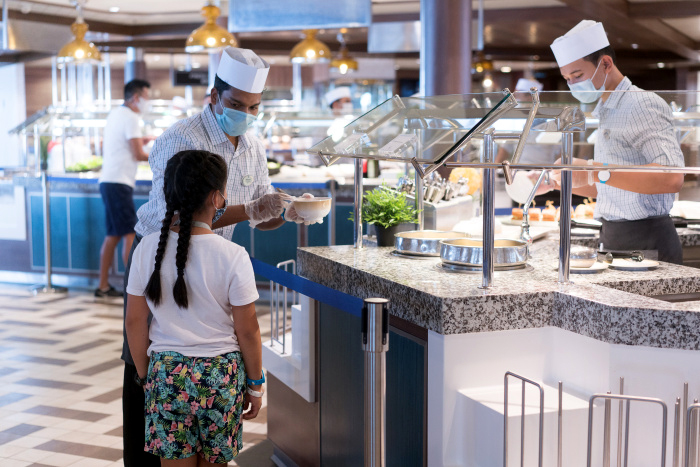 The Quantum of the Seas typically accommodates 4,180 passengers double occupancy or a total of 4,905 passengers and a crew of 1,500. During the trial cruises, Singapore is limiting the ship’s capacity to approximately 2,000 passengers and requiring the wearing of face covering and social distancing. It has not been reported how many passengers and crew are currently aboard the cruise ship.

The Quantum of the Seas resumed sailing on December 1 becoming the Royal Caribbean Group’s first cruise ship to carry passengers since the global suspension of cruising in the spring. Royal Caribbean also owns half of TUI Cruises which operates in Germany and resumed service in the summer with the Mein Schiff cruise ships.