Report: Iran to Release Seized Tankers’ Crews but Not Vessels

Greece’s Panhellenic Union of Merchant Marines (PENEN) is reporting that progress has been made for the return of the crews aboard two Greek-owned tankers being held in Iran since the end of May. Iran is agreeing to let the shipping companies replace the crews on their vessels but so far has not relented on other conditions that frustrated Greek diplomats’ efforts two weeks ago for the release of the tankers.

Under the agreement with Iran, the ships’ owners have will replace the departing crewmembers. According to the union, they will be replaced with non-Greek crewmembers except for one Greek who it reports wants to stay with his ship.

At the beginning of September, Greek diplomats were hopeful that an agreement had been reached for the release of the vessels and their crews. However, they reported that Iran had placed additional demands, including not suing for the detention of the vessels, which were blocking the vessels' release. 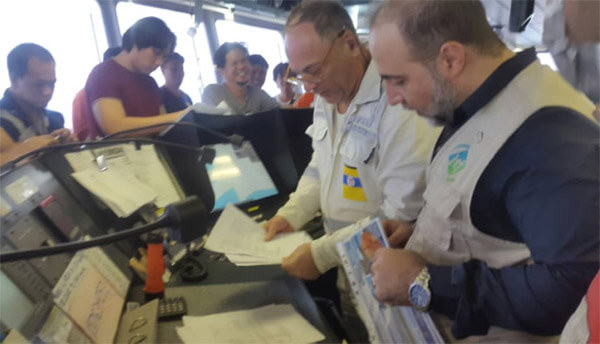 The Iranians also agreed at the beginning of September for the Secretary of the Commercial Seamen's Association of Iran, representing the International Transport Federation (ITF), to visit the two Greek oil tankers that remain in the anchorage at Bandar Abbas since they were seized nearly four months ago. Both crews are being held aboard the vessels. According to the ITF representatives, the Iranian authorities reduced the armed guard aboard the tankers. They have also allowed the crewmembers to communicate with their families and provided necessary medicines to those who are facing health problems.

At the end of May, Iranian forces seized the Prudent Warrior, a 150,000 dwt Greek flagged crude oil tanker operated by Polembros Shipping, and the Delta Poseidon a 157,280 dwt tanker operated by Delta Tankers. Both vessels had loaded cargos at Basrah, Iraq, and were outbound in the Persian Gulf. The vessels combined have a crew of approximately 50 people made up mostly of Greeks and Filipinos. The vessels were detained in retaliation for Greece holding the tanker Lana and permitted the U.S. to seize the cargo.

Although Greece later blocked the U.S.’s attempts to seize a cargo of oil from a tanker that Iran claims as its own, the release of the two tankers remains "murky" according to PENEN. The union predicted that the issues would not be cleared at least in September. They said that the Greek diplomats currently have no solutions to Iran’s demands.

One of the issues raised by the Iranians appears to be a fear that the U.S. might make a new attempt to seize the tanker now known as the Lana if it departs Piraeus with the Iranian oil. The ship-to-ship transfer returning the oil was completed in mid-August and the Greek authorities report that the tanker is fully manned and has all the maritime documents for its seaworthiness. In April, the tanker at that time named Pegas, sought refuge in Greece after experiencing mechanical problems and was later under a port state detention due to various faults identified during an inspection. The deficiencies were cleared by the end of July preparing the way for the return of the oil and the vessel’s planned departure. Iran said the Lana would sail back to Iran, but the vessel remains in the Piraeus anchorage.