Removal of Grounded PCTC Golden Ray Could Take One Year

The wreck of the capsized PCTC Golden Ray may take more than a year to remove from St. Simons Sound, Georgia, the U.S. Coast Guard told local leaders on Wednesday.

Cmdr. Matt Baer (USCG), who works with the Unified Command responsible for overseeing the salvage operation, told a meeting of the Brunswick-Golden Isles Chamber of Commerce on Wednesday that the vessel's position on a soft sandbank will make the effort long and challenging.

Golden Ray is slowly shifting and sinking into the bottom, and about one-quarter of its downward-facing port side is now 20 feet deep in sand. This means that an attempt at parbuckling would likely cause the ship to break up. Instead, the vessel will be dismantled in a controlled manner and removed piece by piece. “It’s going to be a while,” Cmdr. Baer said.

To limit scouring from currents and tides, salvors have emplaced a temporary "blanket" of 6,000 tons of rock around the ship. Once the vessel is completely dismantled and transferred out of the sound, the rock will be removed using excavators with sieve buckets. 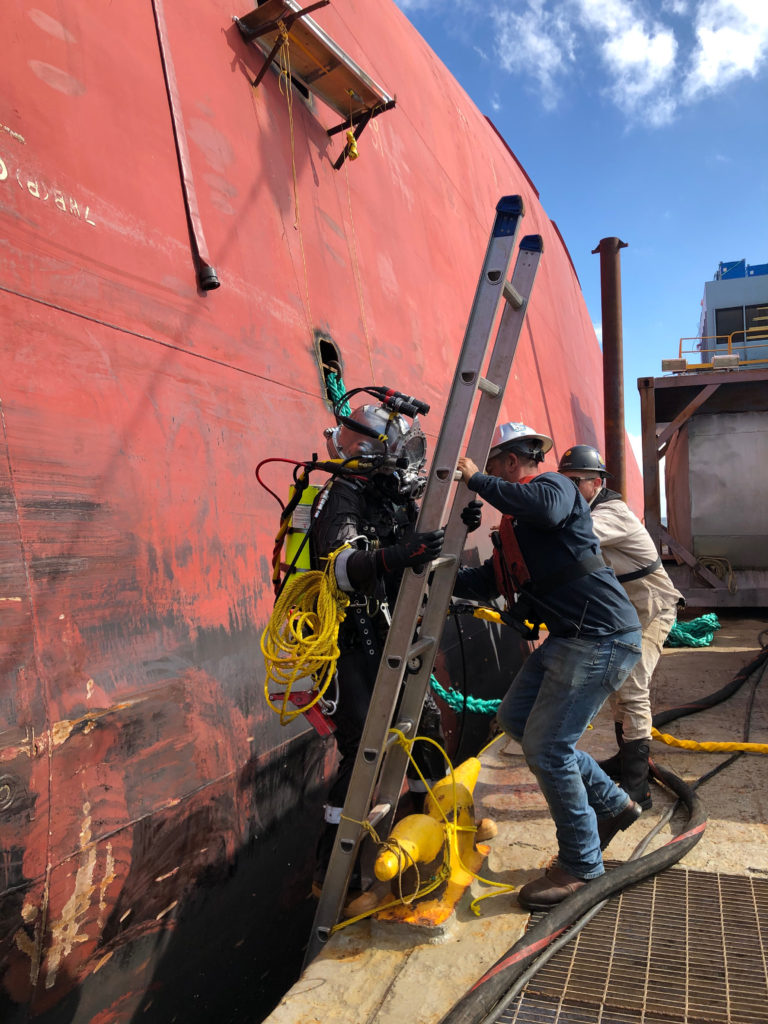 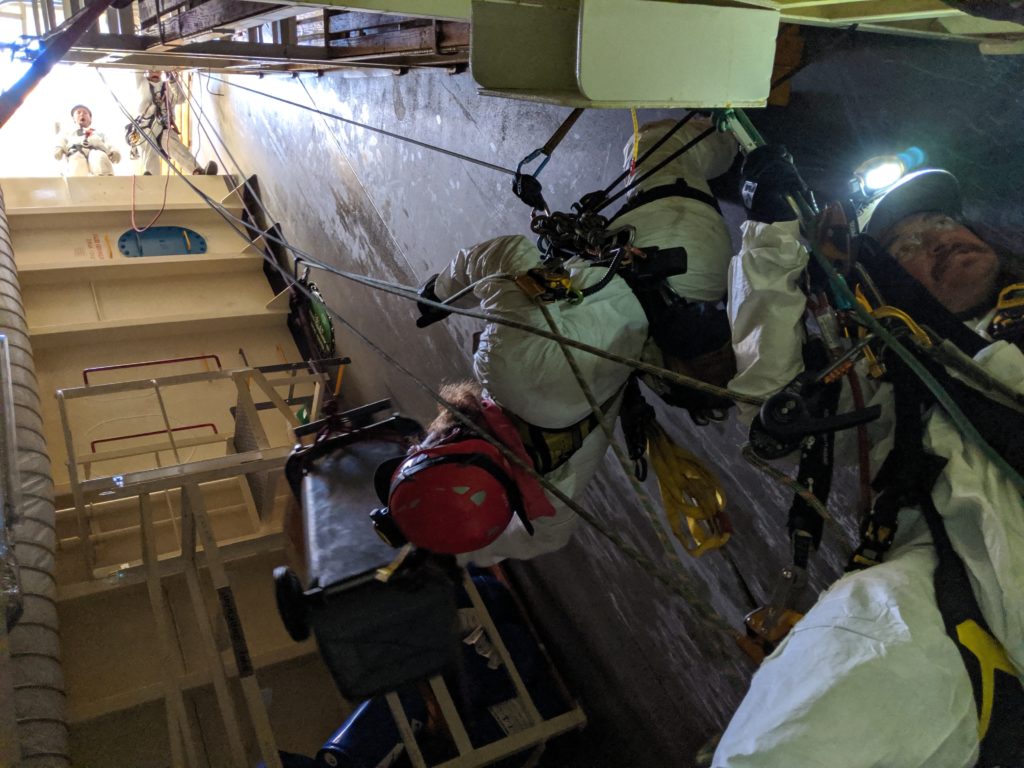 More than 315,000 gallons of fuel have been removed from the vessel to date, and dive operations to access additional tanks are still under way. An unknown amount has entered the marine environment. Oil has been found along 29 miles of nearby shoreline, according to Capt. Baer, including areas where extremely small quantities of fuel have been found. The Unified Command is conducting regular spill response drills in order to be prepared in the event of a further release.

The 20,000 dwt car carrier Golden Ray partially capsized on September 8 while heading outbound from the Port of Brunswick with 4,200 vehicles on board. The pilot aboard the Golden Ray, Capt. Jonathan Tennant, deliberately grounded the vessel in response to a reported fire on board. All crewmembers were rescued safely, though it took about 30 hours to free four crewmembers who were trapped in the vessel's engine room. The investigation into the cause of the casualty continues.