“Symphony of the Seas is the latest example of how our people work to push the envelope of innovation with each new ship,” said Royal Caribbean Cruises Ltd. chairman and CEO Richard Fain. “The Oasis Class has been a trend-setting design, but the team has evolved the design to build on that success to provide even more incredible family adventures. We’re thankful to have a partner in STX France that is every bit as ambitious as we are about building technologically advanced ships.”

Symphony of the Seas is bigger than any cruise ship before her, and she weighs in at 228,000 GRT and nearly 1,200 feet in length. She will host up to 5,500 guests in 2,800 staterooms. She features novel new attractions, like on-board lasertag, a custom-built puzzle "escape room," the world's tallest at-sea waterslide, the world's longest at-sea zipline and a 31-screen sports bar stretching the length of an internal "Boardwalk." 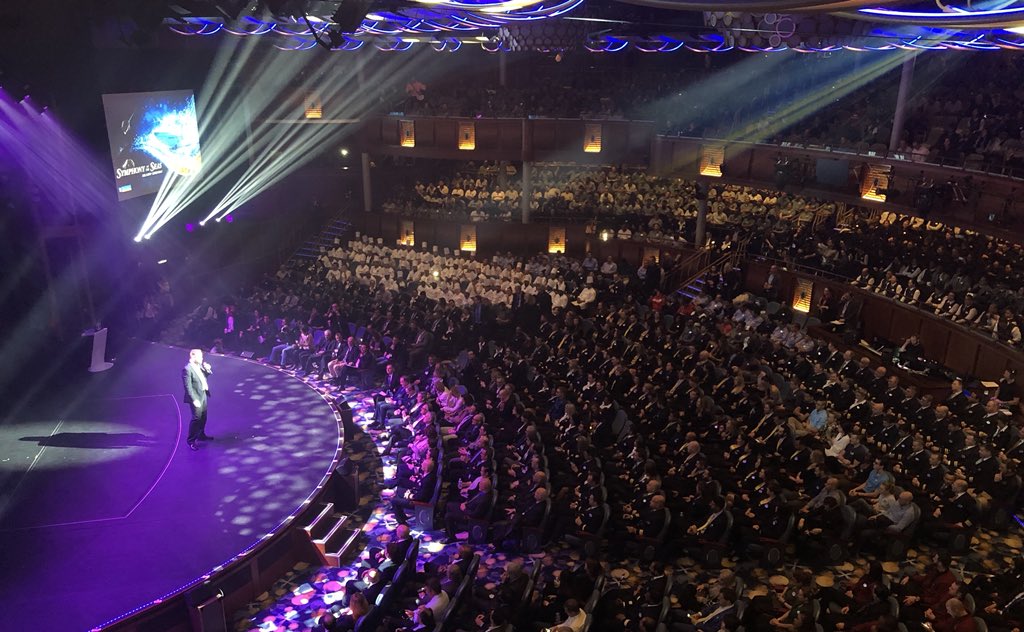 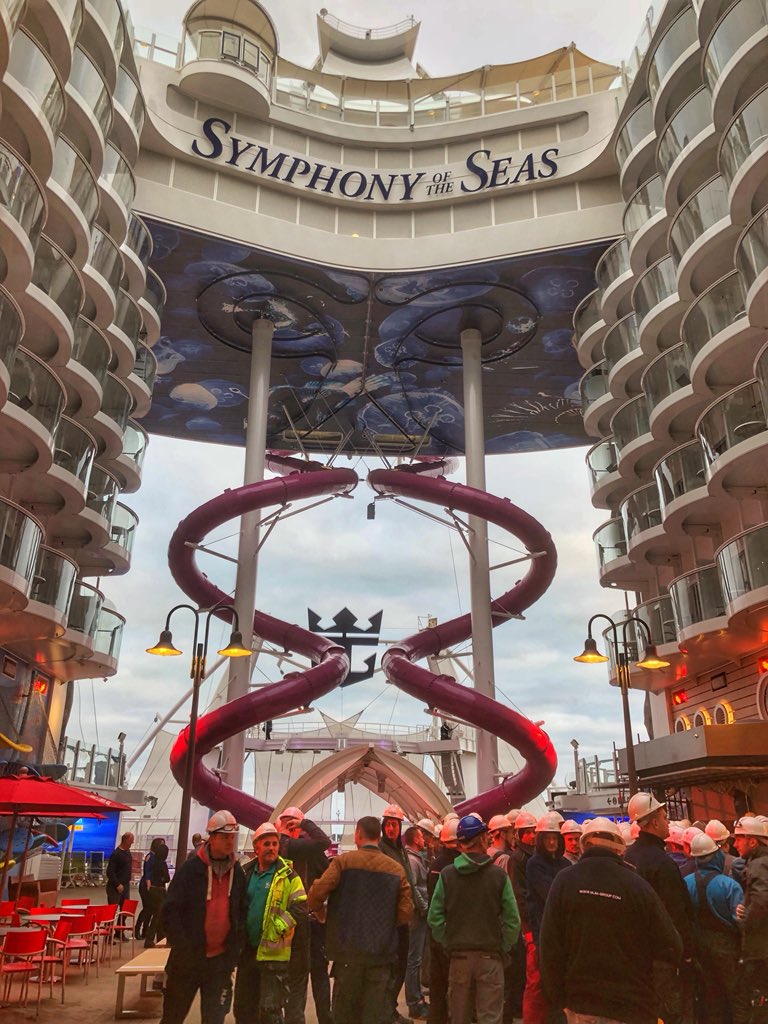 The ship’s maiden week-long voyage departs Saturday, April 7 from Barcelona, Spain, where she will homeport until this fall. Starting November 10, she will be homeported at a brand-new terminal in Miami, Florida, for year-round operations in the Caribbean.