Photos: R/V Petrel Finds the Wreck of the USS Wasp

The crew of the late entrepreneur Paul Allen’s research vessel, the R/V Petrel, have discovered the wreck of the American aircraft carrier USS Wasp (CV 7), which went down in 1942 after she was fatally damaged by Japanese torpedoes.

On her final voyage, Wasp was under way in the Coral Sea, escorting transports carrying the Seventh Marine Regiment to reinforce U.S. troops on Guadalcanal, where Japanese forces were pushing back against American efforts to seize the Solomon Islands. At about 1400 hours on September 15, 1942, she encountered the Japanese submarine I-19, which launched a spread of six torpedoes. Three struck Wasp, one passed by to hit the destroyer USS O'Brien and one hit the battleship USS North Carolina. Aboard Wasp, explosions ripped through the flight deck forward as her ammunition magazines and aviation gas stores caught fire. Fuel and gas spilled into the water, creating a burning pool on the surface. 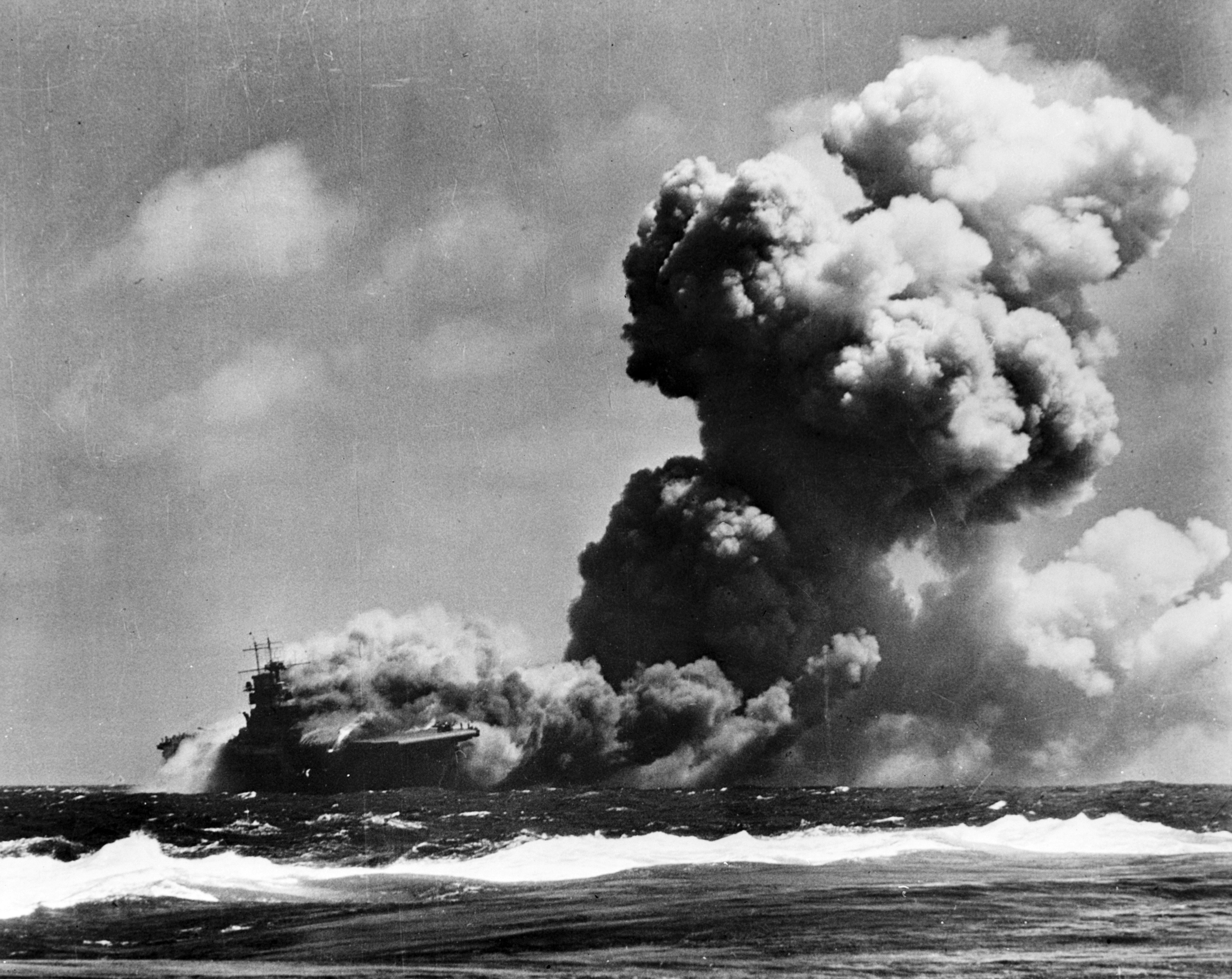 Half an hour after the attack, Capt. Forrest P. Shermman decided to order his men to abandon ship. His crew transferred into rafts from the stern, and 1,946 survivors were rescued by the convoy's destroyer escorts. 193 were dead or missing, and 333 of the survivors were wounded.

USS Wasp remained crippled but afloat, and the destroyer USS Lansdowne received the order to scuttle her. After three torpedo hits from Lansdowne, she went below at 2100 hours. The USS O'Brien, which was also hit by a torpedo from I-19, would eventually sink from the damage as well.

“Wasp represented the U.S. Navy at the lowest point after the start of WWII. Her pilots and her aircrew, with their courage and sacrifice, were the ones that held the line against the Japanese when the Japanese had superior fighter aircraft, superior torpedo planes and better torpedoes,” said Rear Adm. (Ret.) Samuel Cox, director of the Naval History and Heritage Command. “The first year of the war, it was touch and go. Those who served at that time deserve the gratitude of our nation for holding the Japanese back.”

This January, the crew of the R/V Petrel set out to find USS Wasp once more. After several AUV dives, a patch of rough weather, a port call due to a crewmembers' unexpected illness, and some expert sleuthing, Petrel found her in 14,000 feet of water, miles from the best estimate of her final position. Video and images taken by Petrel's ROV show the heavy damage that she sustained, and the surprisingly unchanged condition of her hull and equipment after 77 years underwater. 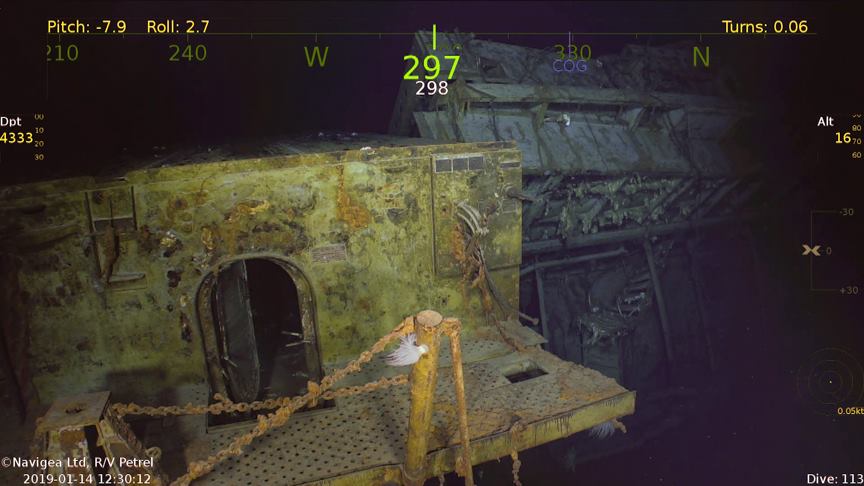 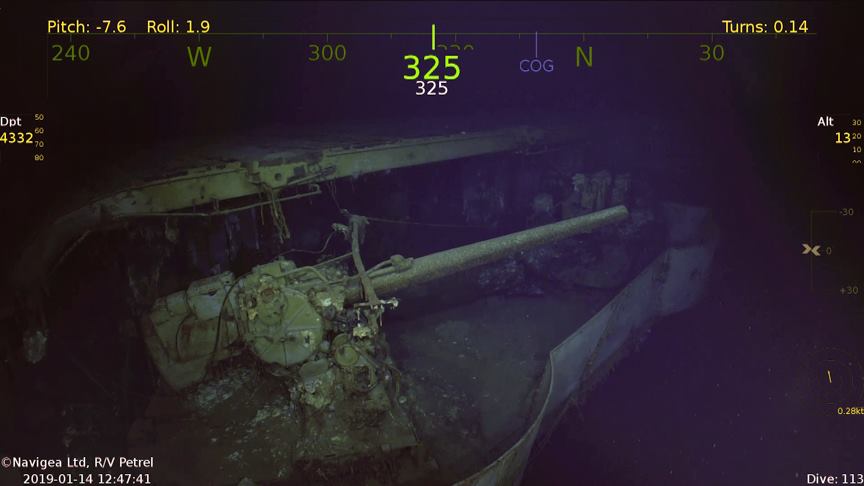 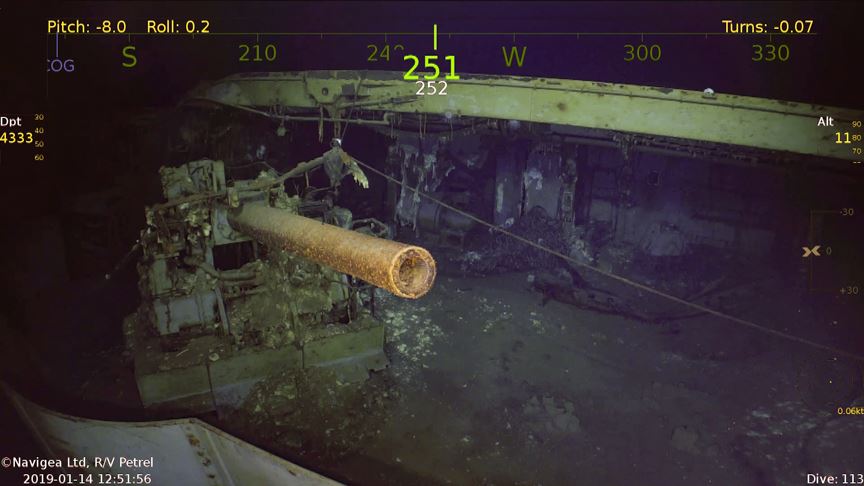 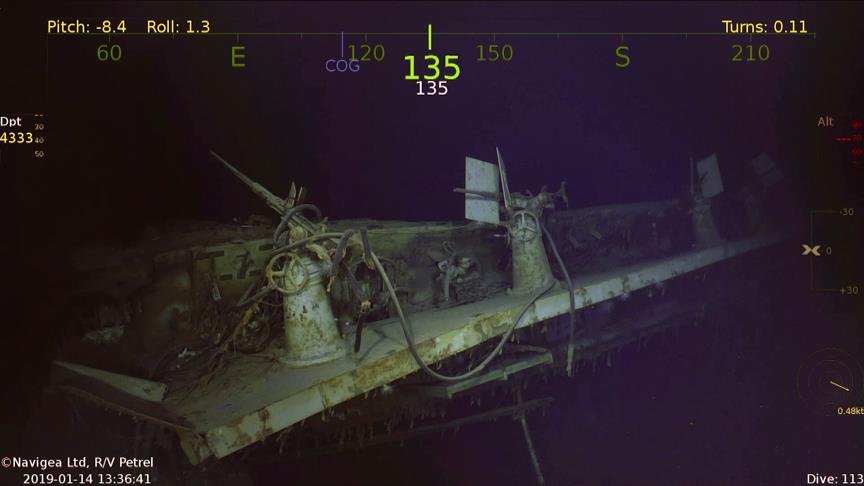 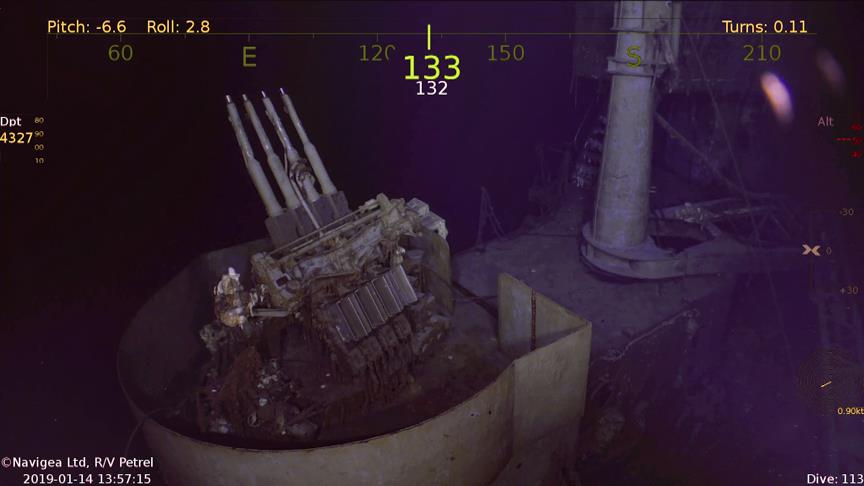 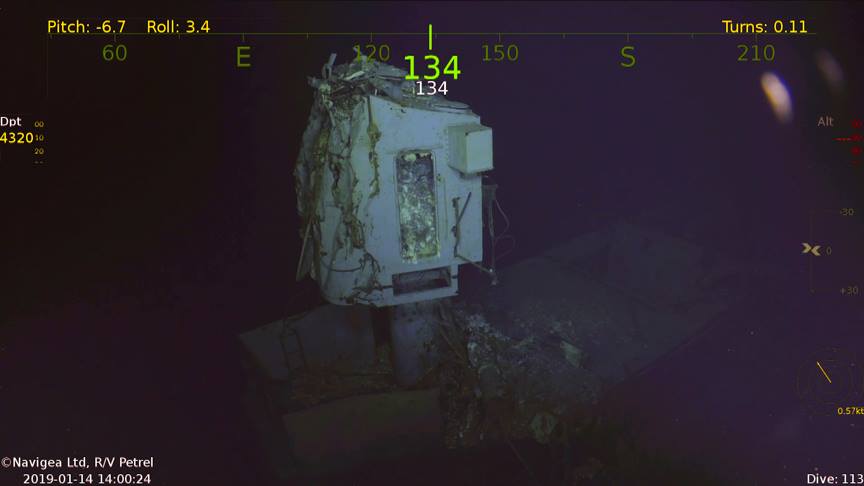 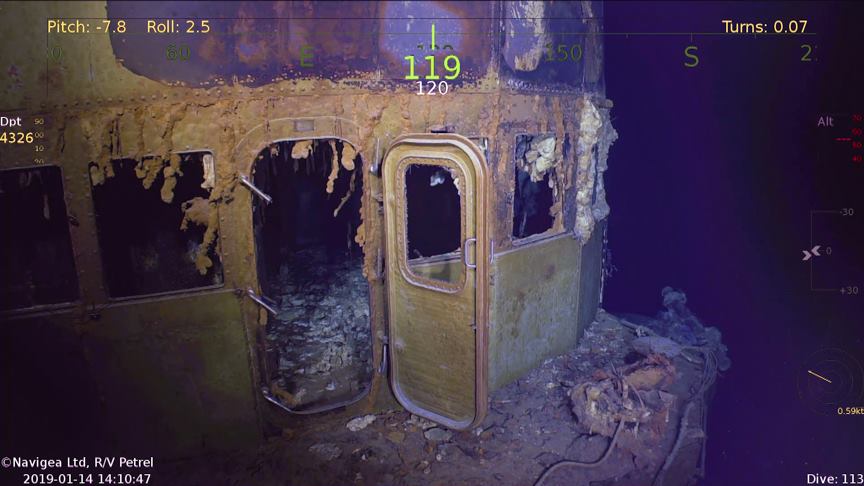 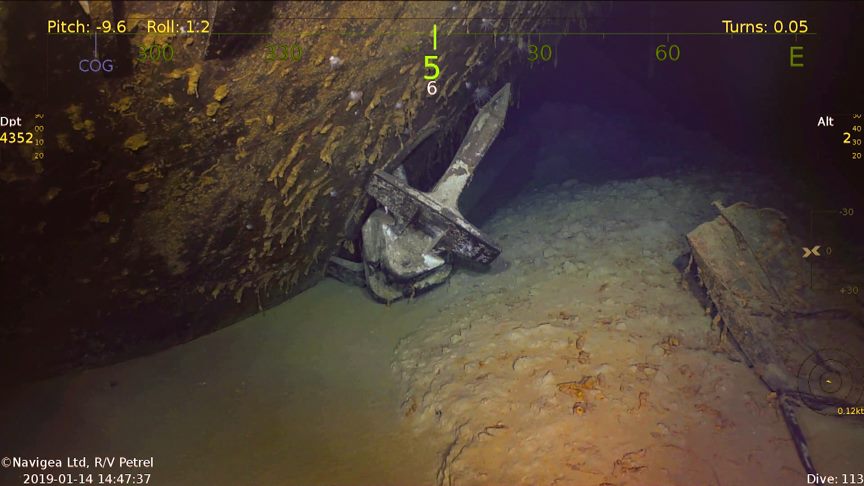 The memory of USS Wasp is carried on by the amphib LHD 1, the tenth U.S. Navy vessel to bear the name. "The crew of the WWII Wasp exhibited the bravery, toughness and resolve that our crew today strives to emulate. We are humbled by the sacrifice of those Wasp sailors, especially those who paid for our freedom with their lives,” said Capt. Colby Howard, commanding officer of the current USS Wasp (LHD 1) in a statement. “We hope this discovery gives remaining survivors and their families some degree of closure. I would like to sincerely thank the entire R/V Petrel crew, whose commitment and perseverance led to the discovery."

The Petrel has also found the wreckage of USS Hornet, USS Juneau, USS Ward, USS Lexington, USS Helena and the USS Indianapolis over the past few years. Additionally, Paul Allen-funded expeditions resulted in the discovery of the USS Astoria, the Japanese battleship Musashi and the Italian WWII destroyer Artigliere.

Among the range of uses being developed for drones is the opportunity to conduct ship-to-shore deliveries. The shipping industry and port authorities are showing strong support for the concept and recently a Singapore start-up raised seed capital from the shipping industry and investors to continue the development of its technology. F-drones, founded in 2019, raised seed capital to continue the development of its system designed to carry over 200-pound payloads a distance of over 60 miles. The shipping management company...