The offshore engineering experts at Tractebel have released a novel solution for the challenge of storing and distributing offshore green hydrogen production. Adapting a common practice from the natural gas industry, they have proposed to build offshore platforms to inject newly-produced hydrogen into underground salt caverns, creating a buffer for variable supply flows near the source.

Salt caverns are commonly used to store natural gas, and they have several advantages over other storage resevoir types, according to the U.S. EIA. They operate under high pressure, which means that they can accept or deliver gas quickly to the pipeline grid. In addition, they can be cycled more frequently and need less minimum inventory to maintain operating pressure (less base gas).

Green hydrogen from renewable electricity is expected to be one of the key building blocks of the future energy system, and it is essential for zero-carbon marine fuels like green ammonia and green methanol. One possible option for producing green hydrogen is to manufacture it at offshore wind farm sites, then pipe it to shore.

Tractebel believes that its processing platform concept is the first offshore H2 system to incorporate cavern storage. Its proposed platform complex includes a wellhead platform connected to a series of modular compressor platforms, which can be expanded as needed. The design is sized for the H2 output from 2 GW of offshore wind capacity, with room to grow. High-pressure storage allows the operator to buffer production peaks, optimize flow rates and enable a more economical design of the export pipeline. 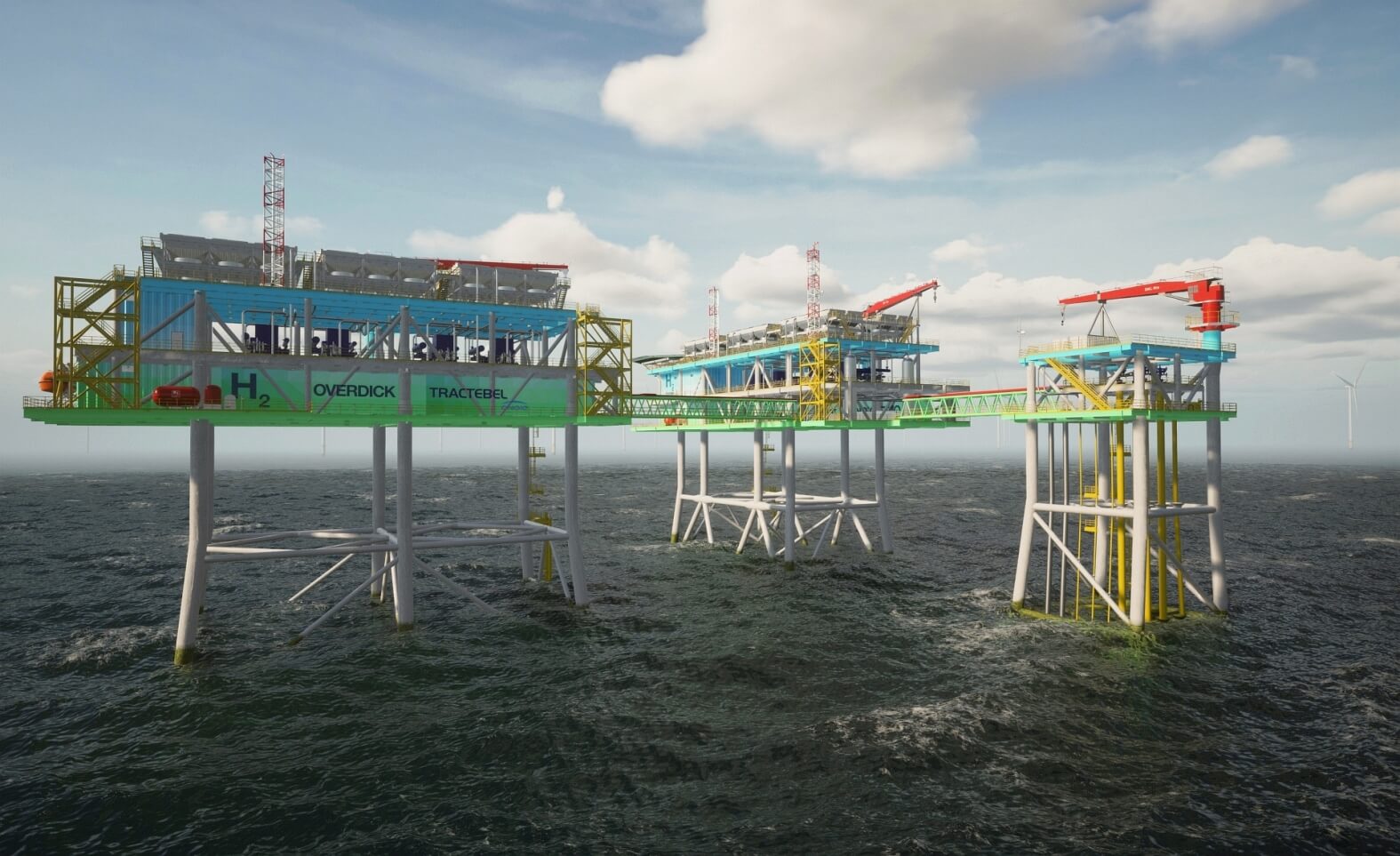 “This storage is also necessary in the long term, because it will be an essential building block for the success of the energy transition,”  said Klaas Oltmann, Director Business Development at Tractebel Overdick. “Offshore caverns can buffer the renewable energy produced in the form of hydrogen and therefore balance out the divergence between energy production and demand profiles."

The North Sea - a hotspot for offshore wind - has many suitable underground rock salt formations, according to Tractebel. Using time-tested methods, these could be leached out and developed for storage.