Progress on CO2 Projects From MOL, Chevron, and Northern Lights

Momentum is continuing to build in the efforts to develop the transportation and storage solutions for carbon dioxide (CO2) created by large industrial users and other industries that will find it more difficult to convert to systems that eliminate CO2 emissions. One of the elements being proposed for global decarbonization calls for permanent storage by injecting CO2 into deep undersea storage offshore.

Energy major Chevron is increasing its efforts after having obtained three greenhouse gas assessment permits for locations off Australia from its joint ventures. Chevron announced in September 2022 that it had obtained rights to blocks, including two in the Carnarvon Basin off the north-western coast of Western Australia and one in the Bonaparte Basin offshore Northern Territory, that total more than 31,500 km2 or nearly 7.8 million acres.

Chevron is now partnering with Japan’s Mitsui O.S.K. Lines to jointly study the feasibility of transporting liquified CO2 from Singapore to the permanent storage locations offshore Australia. Under the agreement, Chevron and MOL will explore the technical and commercial feasibility of initially transporting up to 2.5 million tonnes per annum (Mtpa) of liquified CO2 by 2030.

MOL received in August 22022, Approval in Principle (AiP) for the design of a large-scale liquefied CO2 carrier from ClassNK. The R&D for the large-scale liquefied CO2 carrier was begun in June 2021 as part of a call for proposals from Japan's New Energy and Industrial Technology Development Organization (NEDO). The challenge was to complete the conceptual design for a large vessel that would provide for the transport of one million tons a year of CO2. 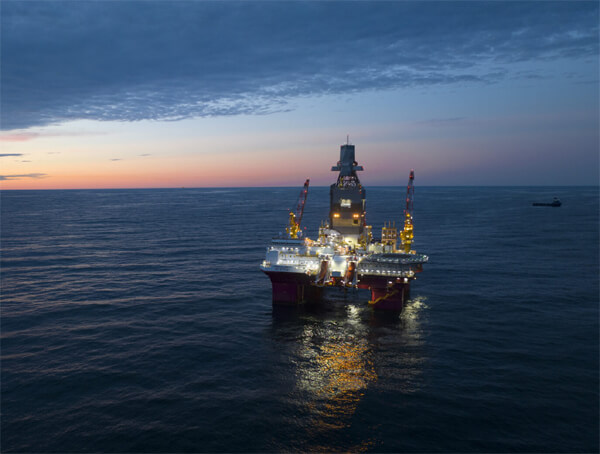 At the same time in Norway, one of the pioneering projects called Northern Lights, reports it has completed drilling its first injection well and a contingent well in its lease area just over 40 miles west of Bergen. Northern Lights, which is a partnership between Equinor, Shell, and TotalEnergies, was awarded a license in January 2019. In 2020, Northern Lights drilled the first CO2 exploration well that confirmed that the reservoir in the Johansen formation, at 2.600 meters (1.6 miles) depth, is suitable for safe and permanent CO2 storage.

“We are pleased to announce that the preliminary results from the drilling operations have confirmed a reservoir storage capacity sufficient for phase 1 and 2 of the Northern Lights project, with at least 5 million tonnes of CO2 per annum,” said Børre Jacobsen, Managing Director at Northern Lights. “To utilize this capacity, we will need to drill additional injection wells. The completion of these first drilling operations is an important step in the right direction.”

Northern Lights ordered two dedicated CO2 carriers in October 2021, each 427 feet long with a cargo size of 7,500 m3. The ships will be built by Dalian Shipbuilding Industry (DSIC) in China and will be ready for delivery by mid-2024. The ships are timed to the expected commencement of the operation with the partners saying that Northern Lights will be the first ever cross-border, open-source CO2 transport and storage infrastructure network.