Ports and Shipping Policy in Australia - a “Wicked” Problem

A "wicked problem" is a term given to the most complex, intractable, open-ended public policy problems. Carmody says that the problem is that there is a policy vacuum in Australia preventing the nation from being ready to handle ultra-large container vessels. “In effect, national and state policy makers have ceded the space to the private sector, and this has created policy misalignment. 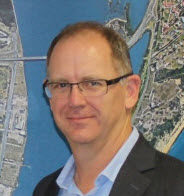 “Having worked for the past four years within the Maersk Group – which includes the world’s largest container shipping company, moving 12 million containers every year to every corner of the globe – it is immediately evident that ports policy, the responsibility of state governments, bears little to no relationship to what is happening globally in shipping.

Around 98 percent of Australia’s trade travels by sea, and the nation has fifth-largest maritime freight task in the world. Yet, this situation is not surprising, Carmody says, given that Australia sold its international trading national shipping line ANL back in 1998. “Since then, the Australian Government has not had a need to focus on international shipping developments or trends.”

Meanwhile, ports in Europe, East Asia and the U.S. have been upsizing their infrastructure to service ultra-large container vessels. In California the Ports of Los Angeles and Long Beach are in the middle of a massive build-out of their port infrastructure to take the ultra-large vessels. China has just completed an automated container port outside Shanghai, specifically for the larger size vessels. The Ports of New Jersey and New York spent US$1.7 billion raising the Bayonne Bridge specifically so they could fit ultra-large ships.

Carmody asks: “What is Australia doing about the ultra-large container vessel future?”

Australia's east coast ports, which handle 80 percent of the nation's container trade, are not able to handle these new ships. Rather, these ports typically accept container ships of about 5,000 TEUs.

“Some of our channels are not big enough for these vessels, and the available land area in our existing ports is constrained by urban encroachment – thereby restricting the ability of existing ports to efficiently handle the volumes of these larger vessels.

“One way to solve the land constraints is to move the containers away from the port as quickly as possible. The best mode of transport for this is rail – since, unlike most of the world, Australia does not rely on transhipment.

“Unfortunately, the east coast container ports cannot get long trains onto the dock. Global experience demonstrates that an efficient port train is ideally 1,200 to 1,800 meters long. Port Botany’s capacity is 680 meters; Port Melbourne is 640 meters. Port of Brisbane is not connected to a designated rail freight system and none of these ports connect to the Inland Rail in the first stage.

“Consequently, the east coast ports rely on trucks to shift the overwhelming majority of their containers.”

Carmody says that these ports cannot respond to the global move to ultra-large container vessels. For example, Melbourne would need to raise the Westgate Bridge to allow 10,000 plus TEU vessel access. Brisbane would need extensive land resumptions through residential areas to build the rail connections required.

“Another way forward is to convince the public and governments that container vessels will stay the same size they were in the 1990s – so there is nothing to worry about. A month ago I was at a parliamentary hearing and heard NSW Ports give evidence that Australia was ‘decades away’ from having to worry about container ships of 10,000 TEUs.

“The problem with that statement is that we already do have a port in our region that services container vessels over 10,000 TEUs – actually, up to 11,500 TEUs. The port is in New Zealand.”

Auckland Harbour is limited in the ships it can take. So, the New Zealand Government encouraged the development of a secondary container port, 180 kilometers south, in Tauranga.

Newcastle is approximately 200 kilometers north of Sydney, says Carmody, highlighting that the port has plans for a fully automated, electric terminal capable of handling ultra-large container vessels that could be operational by 2023.

Another 50-year deed, signed in May 2014 requires the Port of Newcastle to reimburse the State of NSW for any compensation paid to operators of Port Botany and Port Kembla under the Botany and Kembla Port Commitment Deeds. This essentially makes the development of a new container terminal at Newcastle uneconomic.

“Rather than putting their efforts into maintaining port monopolies, governments should be more concerned with promoting the public good which is usually served by competition and improved efficiencies,” says Carmody.

“I suggest the strategy for solving the wicked problem of ports and shipping policy in Australia is for governments to do their job of understanding the global developments in shipping and ports and to ensure that private operators of maritime infrastructure are preparing for these future developments.”