Port Canaveral is a cruise and industrial shipping powerhouse in the central region of Florida. In 2018, its cargo tonnage increased by seven percent and its passenger volume grew by nearly eight percent, making it the second largest cruise port in the world.

“These are exciting times for Port Canaveral, which began as a small fishing port and has grown into an economic driver for the Central Florida region,” says Captain John Murray, Port Director and CEO. “We are continuing to look ahead to strong organic growth, sound business planning and a clear focus on best-in-class for every client and passenger.”

Murray joined the Canaveral Port Authority (CPA) as port director and CEO in February 2016. He had previously been the president and CEO of Hapag Lloyd-USA and in senior management positions at Lykes Lines and CP Ships.

The port was dedicated in November of 1953, and by 1958 it was handling a steady stream of general cargo ships and orange juice tankers as they moved along the Eastern Seaboard. The CPA released a new 30-year master plan last year, which includes further development of its cargo and passenger complexes. The port currently owns about 3,300 acres, of which about 1,100 have being fully developed for use by cargo and passenger ships. Last year it also bought the largest mobile crane in North America for the container terminal facility, which can lift 155 tons. 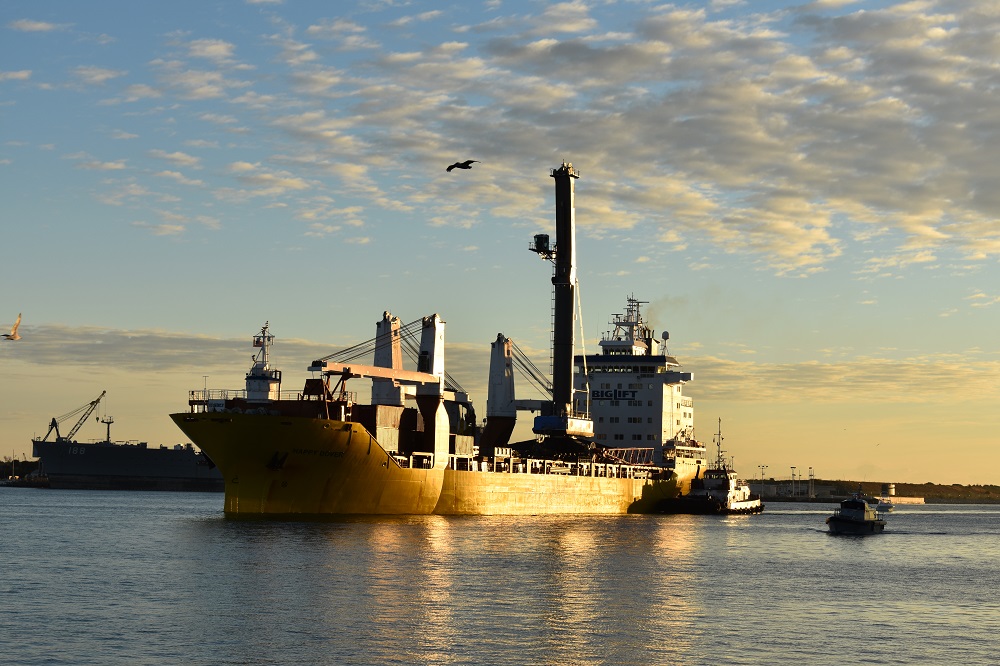 The port complex is next to the historic Kennedy Space Center in Titusville, where NASA operated its space exploration center for more than fifty years. Today, private rocket company SpaceX uses the space center to provide satellite launch services, with some help from Port Canaveral. The port’s new harbor crane was modified to handle aerospace cargoes like SpaceX’s rocket boosters, which often land on purpose-built floating platforms at sea after launch. The boosters are then transported back to the port, where they are lifted ashore for refurbishment and reuse.

The port is also a major hub for jet fuel for the Orlando International Airport, which overlaps with Port of Tampa. It is also acting as a storage facility for petroleum products and gasoline for the central region. Another major commodity is lumber shipped from Europe. It seems that lumber outfits in Germany and Sweden prefer the U.S. as they get board-feet from logs to supply the ongoing construction boom in southeastern states.

“Port Canaveral is breaking all its previous records in terms revenue and are hitting new marks for cargo and cruise and earned $103.75 million in 2018,” Murry said. “That’s more than double fiscal year 2008 and represents an exceptional return on capital investments.” - MarEx

Tony Munoz is the publisher and editor-in-chief of The Maritime Executive Magazine.