On Sunday, pirates attacked the container ship Tommi Ritscher off Benin and abducted eight crewmembers, according to officials. The abductees include the master, a Bulgarian national, and three Russian crewmembers.

In a statement issued Tuesday, the Bulgarian foreign ministry confirmed the kidnapping and said that it is still seeking more information. Russia's embassy in Benin and Togo confirmed the attack, telling TASS that "the pirates have left the ship and the territorial waters of Benin."

According to TASS, the pirates departed the ship with their hostages following negotiations with Benin authorities. After the perpetrators left, a Nigerian Navy special forces team boarded the ship unopposed and released 11 other members of the crew.

The Tommi Ritscher is a Portuguese-flagged Panamax container ship operated by a German company. As of Tuesday she was anchored off Cotonou.

The Gulf of Guinea is notorious for piracy and kidnappings, and the waters off Togo and Benin have become a hotspot. This the second incident in the local area this year and the fifth in the last 12 months. 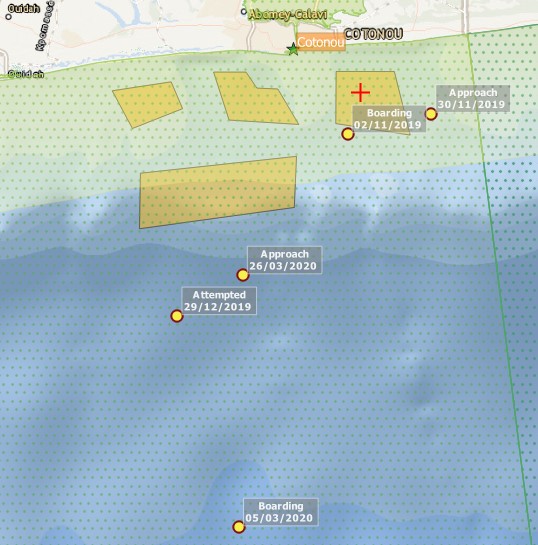 The number of crew kidnapped in the entire Gulf of Guinea rose by about 50 percent last year, increasing from 78 in 2018 to 121 in 2019. This equated to over 90 percent of kidnappings reported at sea worldwide, with 64 crewmembers kidnapped across six separate incidents in the last quarter of 2019 alone. The region accounted for all four vessel hijackings that occurred in 2019, as well as 10 out of 11 vessels that reported coming under fire.