The installation of the final pile was started by using vibratory hammer (shown below.) 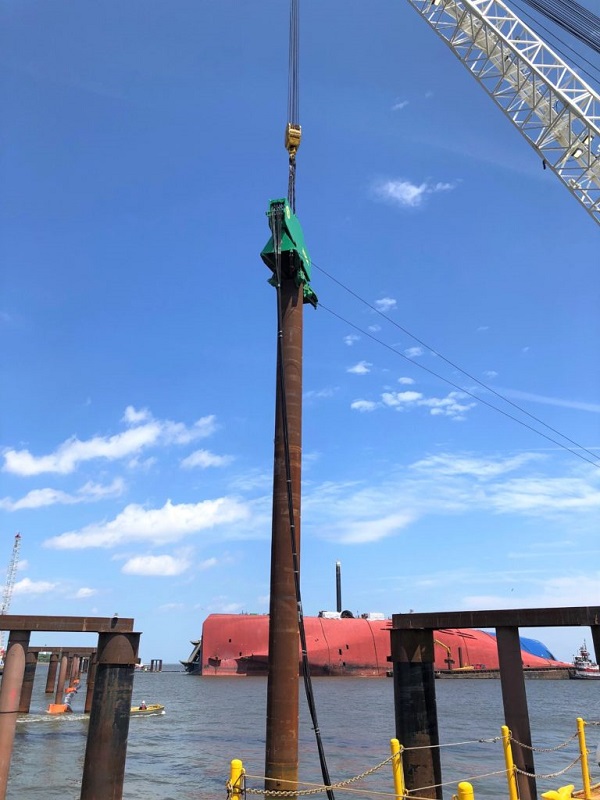 The installation was completed with the use of a diesel impact hammer (shown below.) 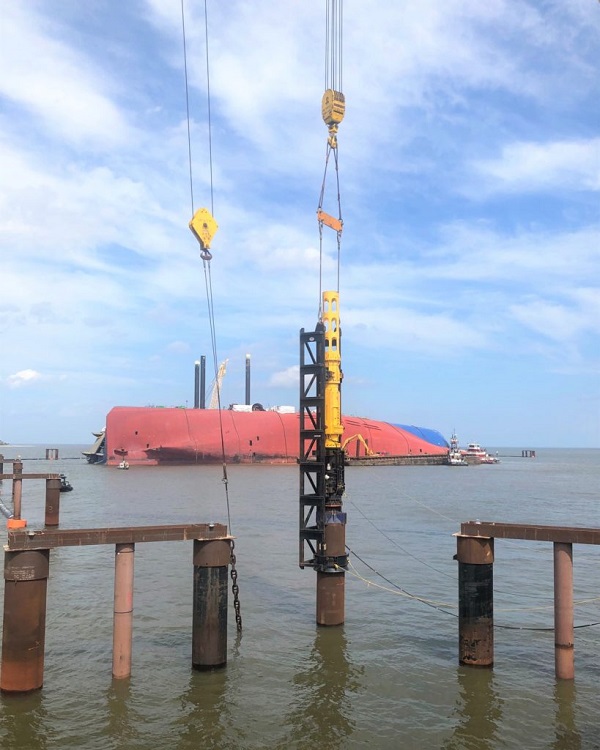 The protective enclosure will be made up a large floating containment barrier to help contain surface pollutants, as well as large netting to contain debris below the surface. It will be held in place by the piles.

The 20,000 dwt car carrier Golden Ray partially capsized on September 8, 2019 while heading outbound from the Port of Brunswick, Georgia. Thanks to the efforts of first responders and U.S. Coast Guard helicopter aircrews, all crewmembers were rescued safely, including four individuals who were trapped in the vessel's engine room.

The salvage effort for Golden Ray is particularly challenging as the wreck sits on its side on shifting sands. In the initial phase of the response, salvors with Donjon-Smit stabilized the site by depositing a "rock blanket" on the bottom surrounding the ship. Salvors have also removed more than 320,000 gallons of oil and water mixture from the vessel.

With U.S. Coast Guard approval, granted with input from the members of the St. Simons Sound unified command, shipowner Hyundai Glovis appointed T&T Salvage to demolish the vessel in place. The plan calls for cutting the ship into eight large sections, then hoisting and removing each section by barge. Some portion of the 4,200 new cars contained within the Golden Ray's hull are expected to fall into the water during the operation, according to court filings.