The first helicopter landed on the deck of HMS Prince of Wales on Monday, off the Scottish coast.

The second of the U.K.’s new aircraft carriers sailed into open waters for the first time the day before.

Leading Aircraft Handler Stephen Ashcroft guided the Merlin Mk2 helicopter – callsign Dolphin 14 – safely down on to the 280-meter (920-foot) vessel. Supporting the landing, the Royal navy's specialist aircraft handlers have spent the past year practicing on a replica flight deck on land at Culdrose in Cornwall.

The 14-tonne submarine-hunting helicopter took off and landed six times as various problems and emergencies were practiced by the air and ground crew, while HMS Prince of Wales’ air traffic controllers guided the helicopter fliers in circuits around the aircraft carrier.

Directing the inaugural landing from the second of HMS Prince of Wales' two distinctive towers was the naval officer in charge of all flying operations conducted by the ship, Commander Air (aka ‘Wings’) Commander Phil Richardson. “The ability to fly fast jets and helicopters from two fifth-generation Royal Navy aircraft carriers puts the U.K. at the very forefront of maritime aviation,” he said.

The 65,000 tonne HMS Prince of Wales sailed from Rosyth dockyard in Fife, where she has been under construction for the past eight years. She will spend the next couple of months completing her initial period of sea trials  before debuting in her home base of Portsmouth, where she will be commissioned before Christmas.

HMS Queen Elizabeth is currently in the North Atlantic preparing for operational training with UK F-35B Lightning jets for the first time. 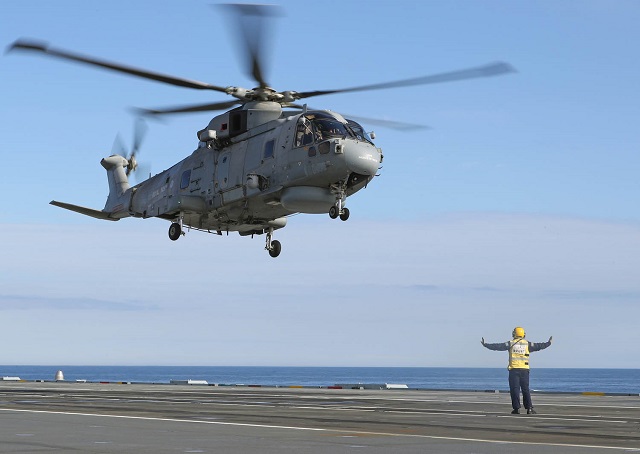 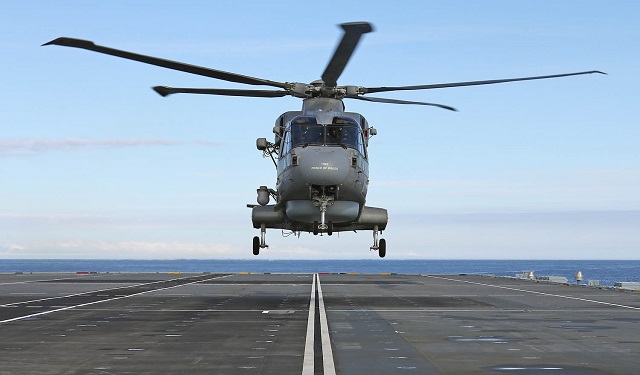 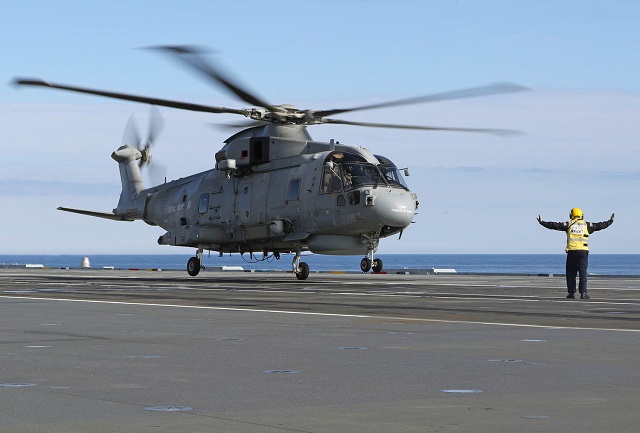 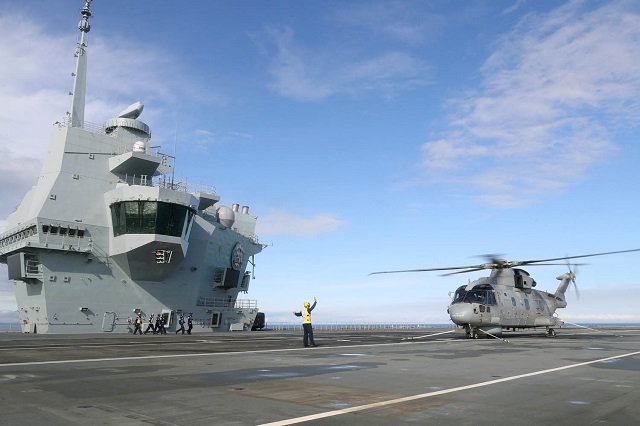 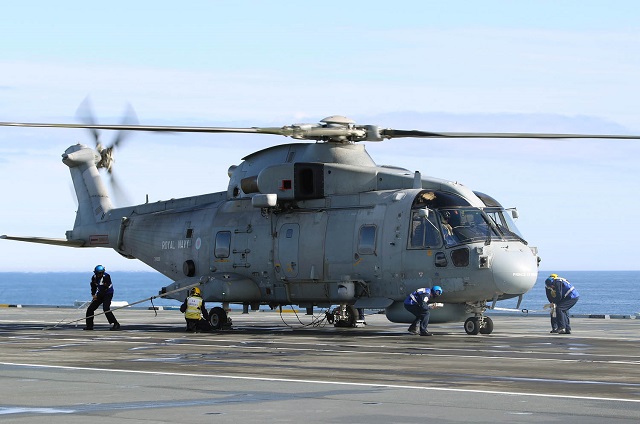 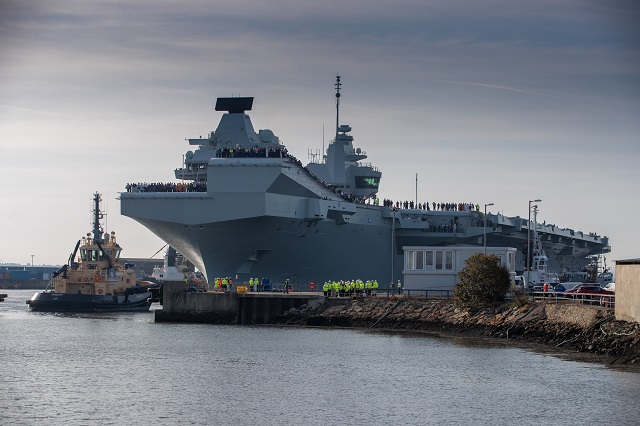