The U.K’s Royal Navy reports that it is keeping a watch on the movement of Russian warships as they sail close to the country and transit British waters. The Royal Navy has noted an increase in spotting reporting several instances recently, including the movement of the sistership to the ill-fated Moskva, which sunk in the Black Sea in April.

In the most recent reported situation, three Royal Navy warships have been on a concerted operation shadowing a Russian Navy task force in waters close to the UK. Three of the UK’s Type 23 frigates, HMS Westminster, HMS Lancaster, and HMS Richmond, tracked Slava-class cruiser, Marshal Ustinov, and Udaloy-class destroyer, Vice-Admiral Kulakov, plus their tanker Vyazma.

“The Royal Navy routinely responds to escort warships in UK territorial waters and the adjacent sea areas to ensure compliance with maritime law, to deter malign activity, and to protect our national interests,” said HMS Westminster’s Commanding Officer, Commander Ed Moss-Ward. “Escorting the Russian task group has demonstrated that the Royal Navy is committed to maintaining maritime security and to co-operating with our NATO Allies.”

According to the Royal Navy, the British ships began tracking the Russian task group as it began its journey back from the eastern Mediterranean after supporting Russia’s invasion of Ukraine. 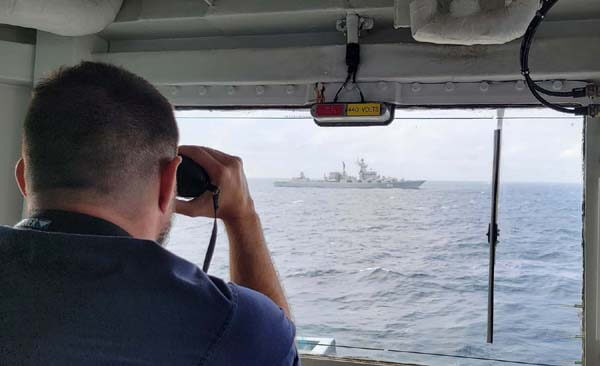 HMS Lancaster began the effort by shadowing the Russian ships from the Strait of Gibraltar to the Celtic Sea as part of NATO’s fast response task force in the Atlantic. The frigates and their helicopters used an array of cutting-edge sensors and modern naval technology to keep a close watch in the Celtic Sea and through the English Channel.

HMS Westminster was also deployed from Portsmouth to intercept the Russian ships in the Celtic Sea. The Russians paused in the area, dispersing up to 60 nautical miles while the Marshal Ustinov was refueled by the tanker Vyazma. At that time, HMS Richmond was also called upon to keep watch in the English Channel.

“At short notice, HMS Richmond intercepted the Russian Federation Navy’s Surface Action Group in the English Channel,” said Commanding Officer, Commander Chris L’Amie. “We will closely monitor the task group’s activity whilst demonstrating the UK’s resolve, and the capability and professionalism of the Royal Navy.”

Meanwhile, as this operation was underway, the Royal Navy patrol ship HMS Mersey also shadowed the Russian military research vessel Akademik Ioffe. It was on a journey south through the Dover shipping lanes and into the English Channel. 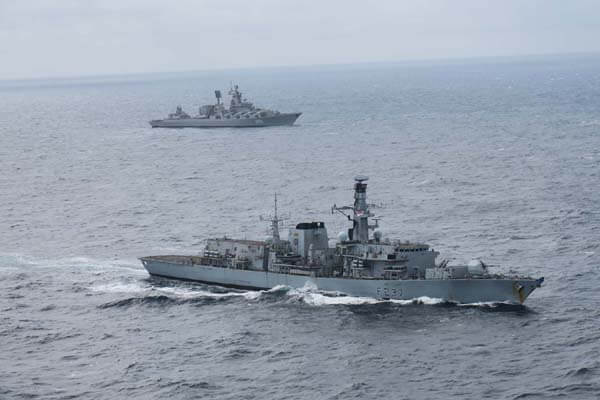 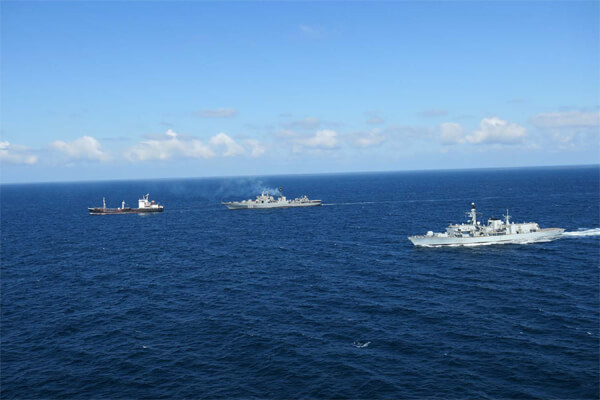 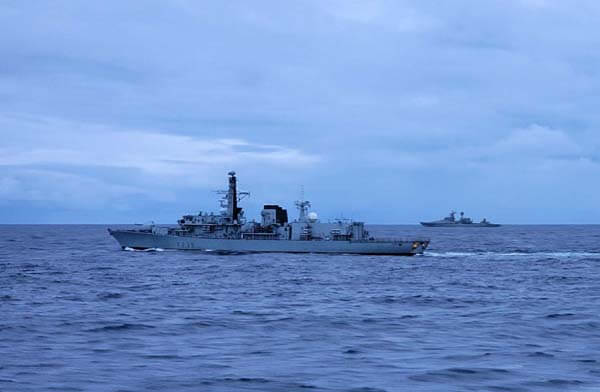 Photos courtesy of the Royal Navy