Eighteen months after the Japanese-owned bulker Wakashio went ashore on the reef at Mauritius, the salvage team completed its work last weekend. According to reports from the site, all the debris has now been collected and moved to shore for recycling.

The effort to remove the stern section of the wreck had begun in the fall of 2020, with the government of Mauritius demanding that it be completed as quickly as possible. After the 984-foot bulker grounded on the reef off Point d’Esny, the vessel fractured and ultimately split in two. The forward section that contained most of the cargo holds remained afloat and was towed out to sea and sunk leaving the stern section with the accommodations block, bridge, and engine room on the reef.

The salvage team reports that it was a challenging assignment because of the exposed position of the wreck. In addition to having to deal with shallow water in the area, they also were exposed to weather and high surf conditions. The project had to be suspended due to weather conditions and stretched across two seasons.

“The removal of the aft section of the Wakashio from this location was always going to be a tough task, and it certainly proved to be so,” said Captain Ajay Prasad, a senior consultant for the Germany Brand Marine Consultants (bMC) that was hired by the vessel’s owners and insurers to oversee the salvage operation. “The key for us was to identify the fastest method for the removal of Wakashio and we are pleased that removal works were completed safely after just 30.7 days of crane operations at the worksite.”

Prasad said among the challengers were the sea conditions at the site, which they had expected to be difficult. The team also had to manage logistics in the remote location and manage despite restrictions related to the pandemic. 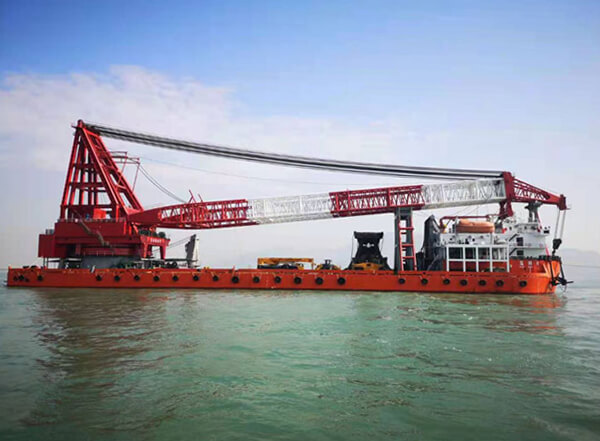 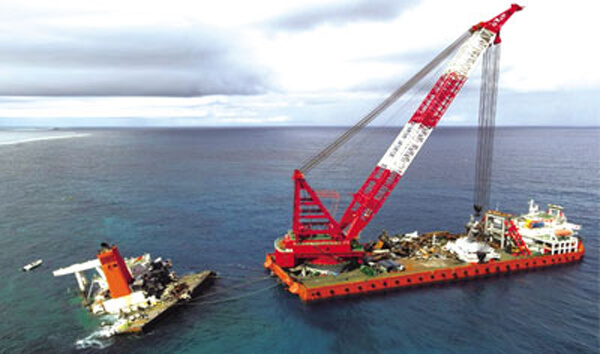 China’s Lianyungang DALI Underwater Engineering Co. received the assignment to carry out the work onsite with its massive 8,200 gross ton crane barge the Hong Bang 6. The vessel, built in 2010, has a lift capacity of 1,200 MT.

One of the largest single challenges of the removal was the Wakashio’s 600-ton main engine. By late 2021, the team had ripped apart the vessel leaving the engine exposed sitting on a keel section before it was successfully lifted onto the barge. The last phase of the project, which was completed on January 16, 2022, was the removal of debris that was lying up to 1,600 feet from the main wreck site.

What remains of the Wakashio is now all at the shoreside dismantling site. The scrap metal is being transported by road to the smelting facility for the final recycling. They expect it will take up approximately a month to complete the work on shore. At the same time, a semi-submersible heavy lift ship will remove the Hong Bang 6, returning it to China.

The officers and crew of the Wakashio also left Mauritius in the past few months. The captain and second officer were released from jail at the end of the year after pleading guilty to causing the accident. Other officers had been permitted to leave Mauritius after the guilty pled while the crew had remained in Mauritius for more than a year as witnesses to the accident. 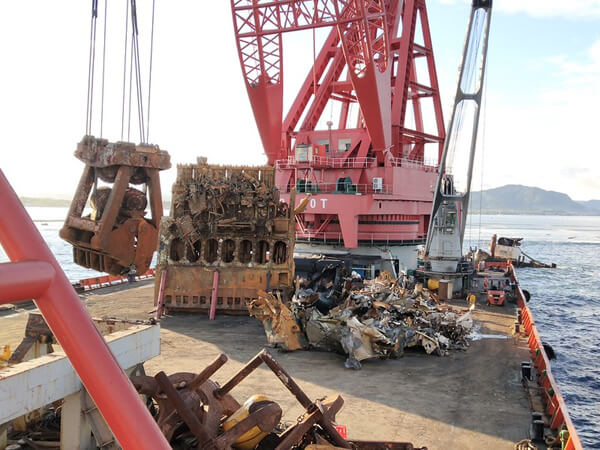 600 ton main engine was one of the largest pieces 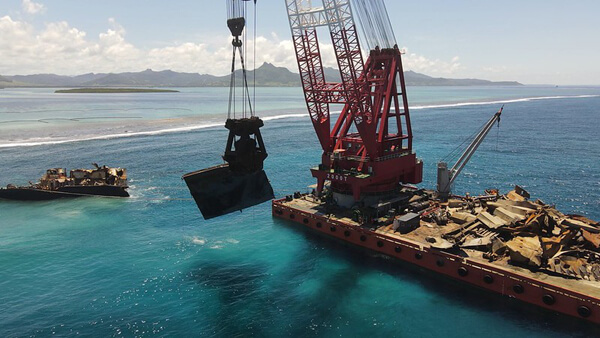 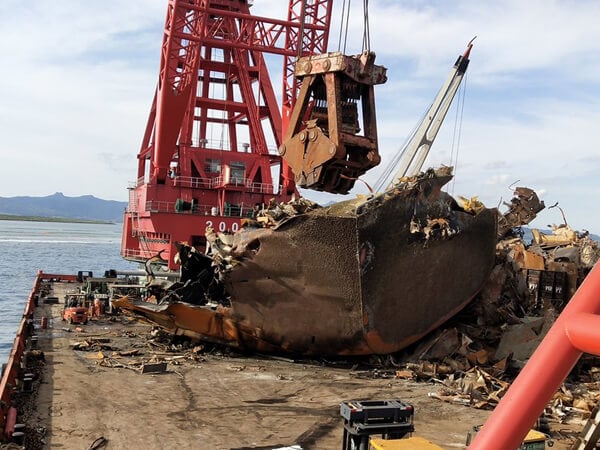