On Monday, the Royal Navy and the RNLI came to the assistance of a hopper dredger that had dug up some wartime ordnance in the English Channel, just off Selsey Bill.

At about 1230 hours on Monday, the UK Coastguard called the Selsey RNLI station and asked them to attend the Dutch dredger Mellina. The vessel had ordnance of an unknown nature on board, and a Royal Navy EOD team was getting ready to launch a RHIB to meet the vessel and dispose of the potential hazard. 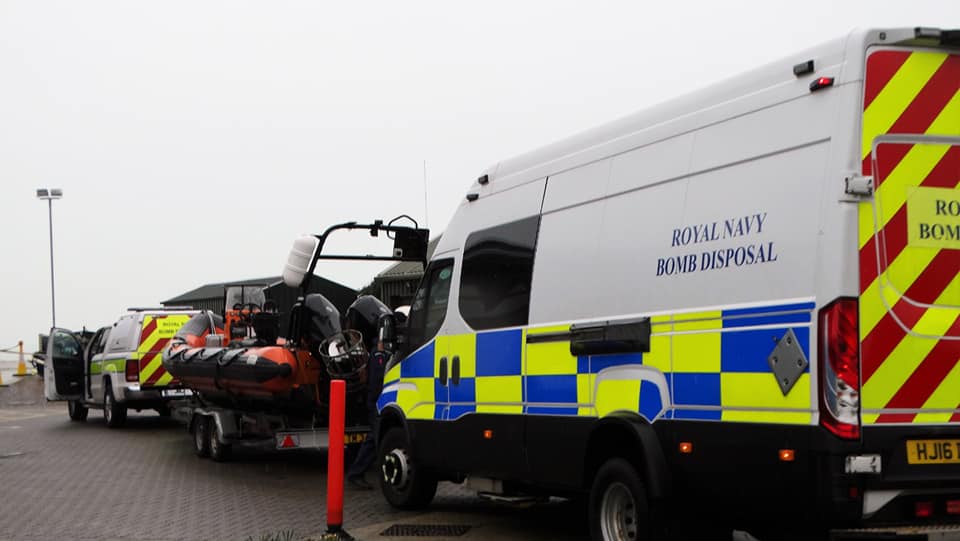 At about 1330 hours, the Selsey RNLI all-weather lifeboat was dispatched to Chichester harbor to meet up with the EOD team and their RHIB. The weather was calm, but a heavy fog had set in, and the RHIB had limited capacity to navigate in restricted visibility. The RNLI lifeboat escorted the EOD team to the dredger, and all arrived on scene at about 1600 hours.

The EOD team went aboard, and after clearing away sand, they determined that it was a non-explosive solid shot projectile - a "solid lump of lead" fired by a WWII-era shore battery or naval gun. They lowered away the 12" projectile into their boat and made ready to depart at about 1745 hours.

Unexploded ordnance (UXO) is a relatively common hazard in UK waters, and Royal Navy dive teams field regular calls to remove bombs and mines left over from WWII (and before). 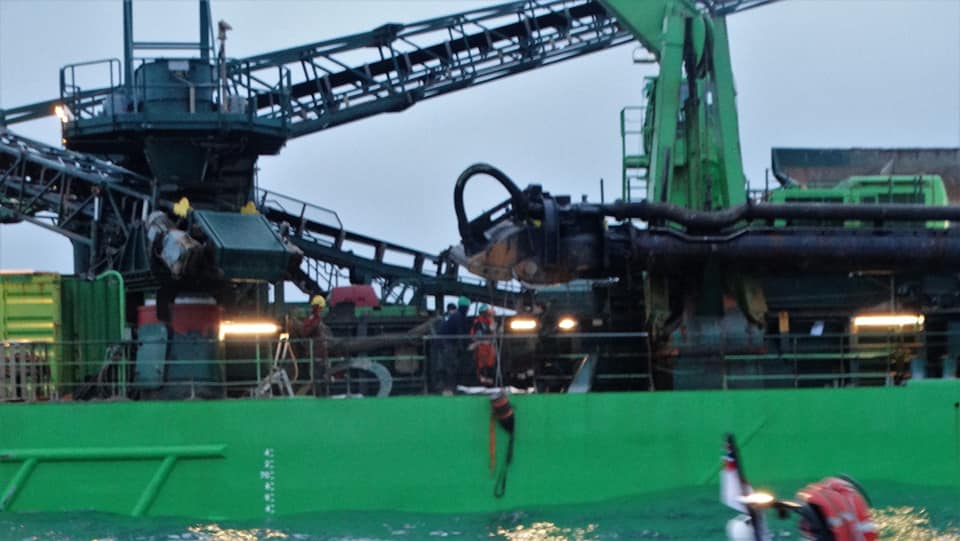 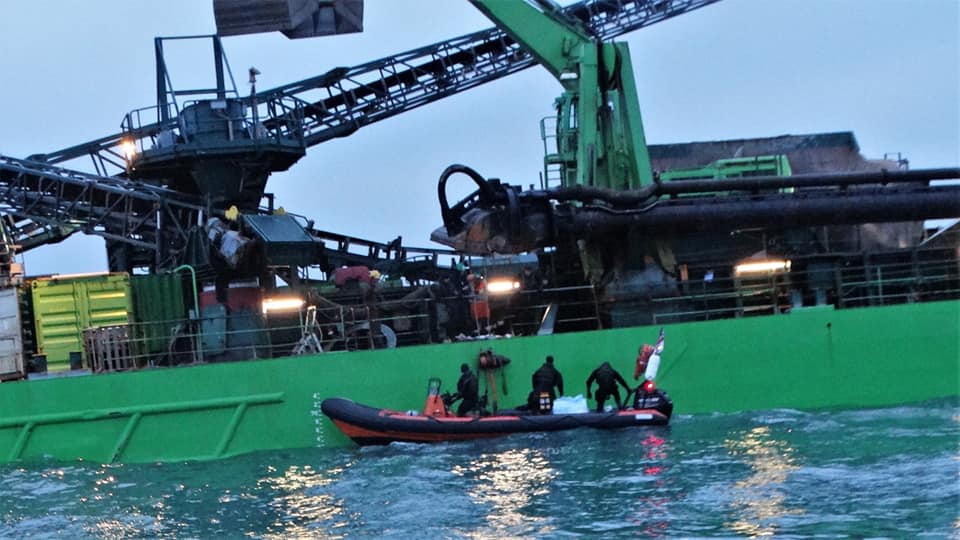