Sri Lankan authorities responded on May 20 to a distress call for container fire aboard a feeder containership reported to be carrying dangerous chemicals. The vessel was anchored outside the port of Colombo awaiting terminal space on a trip from the Middle East.

The 37,000 dwt vessel X-Press Pearl arrived off Colombo on May 19 and anchored approximately 9.5 nautical miles northwest of the harbor. She is loaded with 1,486 containers including 25 tons of Nitric Acid, a corrosive chemical used in the production of fertilizers, explosives, and for oxidizing metals. The cargo is also reported to include cosmetics and other potentially dangerous chemicals.

The Sri Lanka Navy dispatched sent two vessels and a fast boat to the scene of the fire. They were joined by a tug from the Sri Lanka Ports Authority. Pictures from the scene showed the tug spraying water on the fire, assisting the crew onboard in the firefight.

Reports indicated that the fire had been brought under control, but the firefighters were standing by in case the fire reignited. Navy officials said that there remained hot spots aboard the vessel which could cause the fire to flare up. 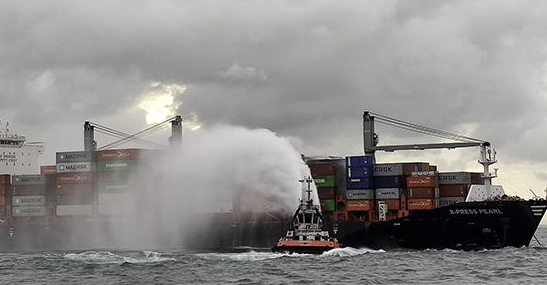 The 610-foot-long containership was recently commissioned after having been delivered to X-Press Feeders in February 2021. It is registered in Singapore and operates on the company’s Straits Middle East service traveling between Qatar and the UAE to India, Sri Lanka, Malaysia, and Singapore. The X-Press Pearl had departed Hazira, India on May 15 and was heading eastbound on the last leg of a voyage from the Middle East.

A team from the Sri Lanka Navy and Ports Authority boarded the containership overnight to inspect the fire. They suspected that the fire was caused by a chemical reaction or possibly misdeclared cargo. The smoke from the fire was in part due to the chemicals mixing with the rain and later the water from the tugboat.

The vessel has a crew of 25 aboard and the authorities reported that the crew was safe and had not experienced any injuries.

This is the second reported fire in recent months aboard a vessel operated by X-Press Feeders. In September 2020, the Indian Coast Guard, provided assistance to the 10,600 dwt vessel X-Press Godavari, which was in an anchorage near the Indian city of Haldia when a fire also broke out in some of the 500 containers aboard the vessel. 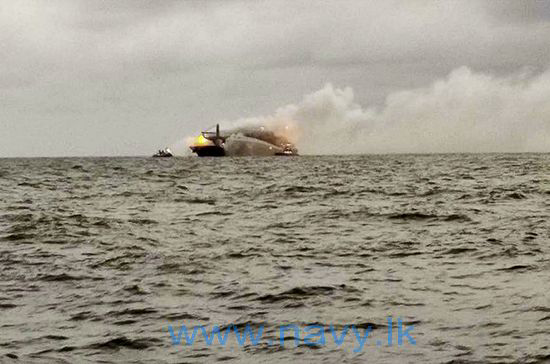 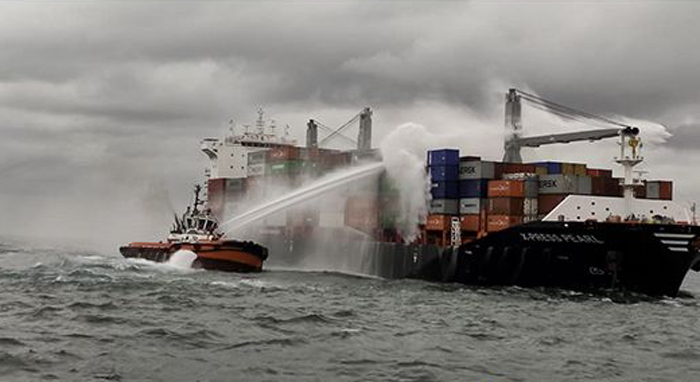 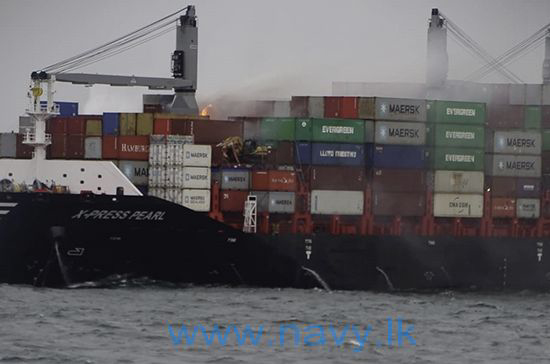