The Philippine Red Cross (PRC) and Philippine government officials recently visited the 15 crew members stranded aboard the Spanish LPG tanker Celanova abandoned by its owners in Manila Bay. A four-man team from the PRC went on board the vessel to provide medical aid and to distribute hygiene kits and food items to the distressed seafarers.

"When we learned about the incident, we immediately sent a team to check on the seafarers' conditions and to know what other assistance is needed,” said PRC Chairman and Chief Executive Officer Senator Richard J. Gordon. “The Philippine Red Cross is always ready to help not just our fellow Filipinos but other nations and international organizations.”

The 15-man crew, consisting of 13 Cuban and two Spanish nationals, were found to be in good health according to Foreign Affairs Assistant Secretary for Maritime and Ocean Affairs Office Generoso D.G. Calonge. The Assistant Secretary joined the Philippine Red Cross (PRC) to lead the provision of humanitarian assistance to the ship’s captain and crew, assess their needs, and take note of their general concerns. 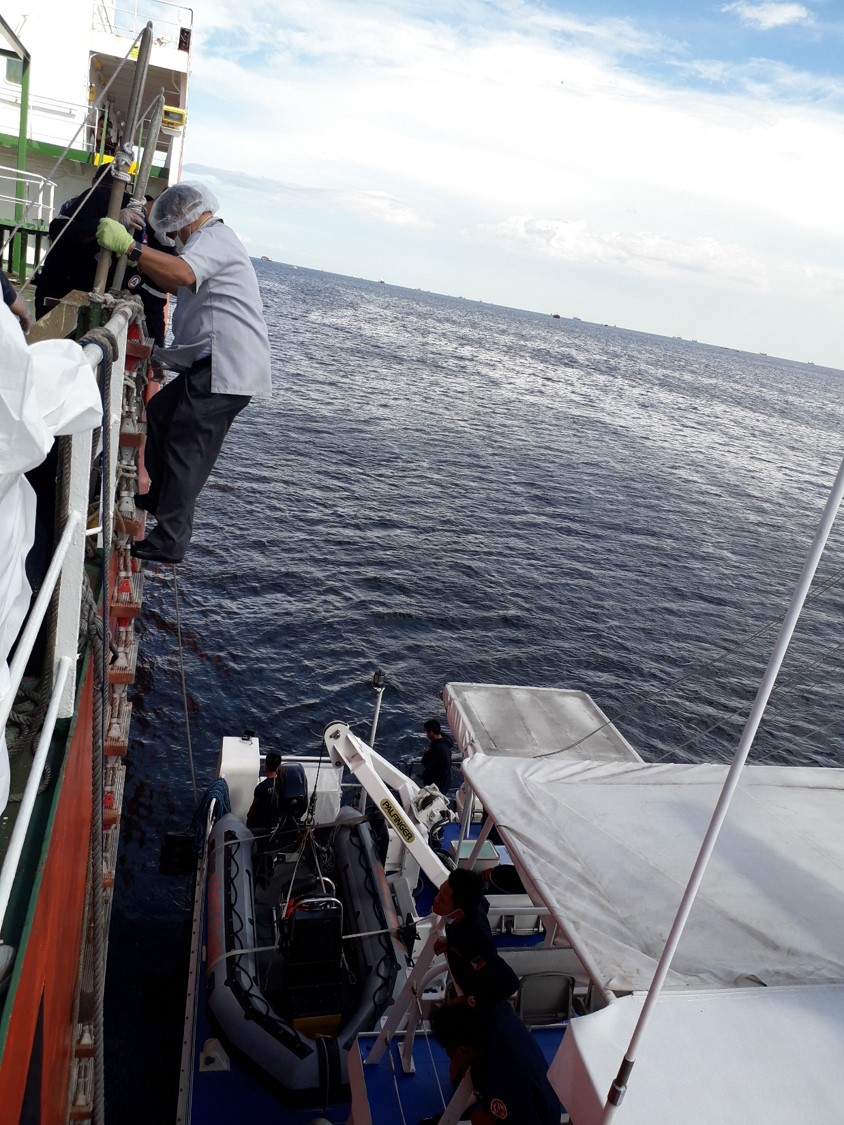 The crew’s ordeal began on December 7, 2019, when the LPG tanker owned by Global Gas of Spain broke down losing its rudder off the Philippines coast. The Philippine Coast Guard later assisted with towing the vessel into Manila Bay where it has remained under detention ever since.

In May, the International Transport Workers' Federation highlighted the plight of the sailors on the abandoned vessel. At the time, the ITF said the crew had not been paid in months and raised concerns for their welfare as the vessel was reported running dangerously low on fuel and diesel oil, as well as food, fresh water, and medicines.

"The Department continues to work closely with the Spanish Embassy to ensure that the concerns of the crew are addressed and that they will be repatriated to their home country at the soonest possible time," concluded Assistant Secretary Calonge.

The ITF also continues to work on the situation as well, but with the ship’s owners having filed bankruptcy, it is unclear when the situation will be resolved.