During spill-response efforts this week at the La Pampilla refinery complex near Lima, Peru, an additional eight barrels of oil leaked into the sea, according to environmental regulators.

The initial spill occurred on January 15 when unusually powerful wave action - driven by the volcanic eruption and tsunami event in Tonga - struck the coast of Peru. At the time, the Suezmax tanker Mare Doricum was unloading a shipment of Brazilian crude oil at one of the La Pampilla refinery's offshore mooring buoys. A quantity of the cargo was released, and local officials estimate that the total came to about 6,000 barrels.

The spill polluted miles of beaches and ecological preserves near Lima, and Peru's foreign ministry delcared it the "worst ecological disaster" in the city's history. A wide swath of Peru's political leadership - from far left to center-right - condemned the spill and called for harsh penalties for refinery operator Repsol.

This week, that outcry renewed following news that a second release had occurred at the site of the first spill. In a statement, Repsol acknowledged that more oil had entered the water, but it said that the release should not be classified as a "new oil spill."

"During the work carried out [Tuesday] on the infrastructure located 18 meters below the surface of the sea, a controlled upwelling of remnants of the spill on January 15 was generated. These works are carried out based on the procedure approved by the competent authority and are part of the investigation," Repsol said in a statement. "Terminal Multibuoys 2 has been inoperative since January 15, so it is ruled out that it is a new oil spill."

The company said that some amount of leakage had been anticipated, and containment booms and other equipment had already been deployed around the site. Environmental regulator Osinergmin confirmed that the spill was small - eight barrels - and has been contained. "Osinergmin supervisors on site verified that the situation was under control," the agency said.

The Peruvian Navy reported the second release after spotting it on a survey overflight. It activated spill-control contingency plans when it discovered that the oil had allegedly spread to two port authority districts, Callao and Chancay.

“When we saw the stain, we immediately called a meeting with Repsol officials so that they could inform us about it. They told us that as a result of the work to remove a pipe that goes from the La Pampilla Refinery to the Multiboyas terminal,” the head of the Coast Guard Operations Command of the Peruvian Navy, Jesús Menacho, told Exitosa. 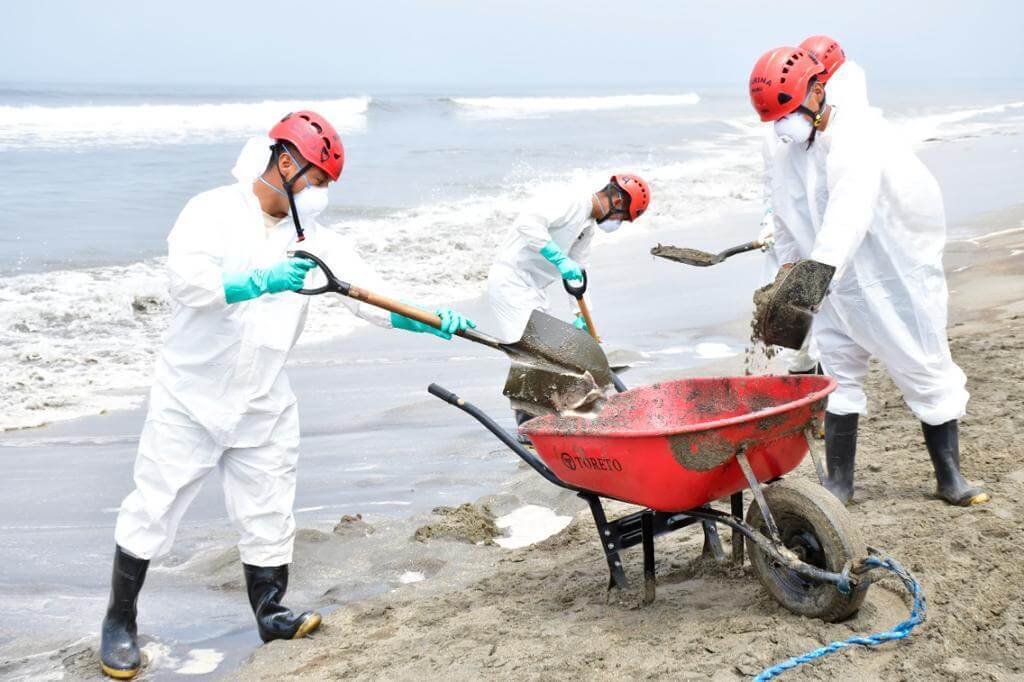