The vessel, named after the first Commander of the Papua New Guinea Defence Force post-independence, is the first of 21 Guardian class Patrol Boats to be gifted to 12 Pacific Island countries and Timor-Leste under Australia's Pacific Maritime Security Program. The program is the successor to the original Pacific Patrol Boat Program in which Australia gifted vessels to Pacific Island nations between 1987 and 1997. Through the programs, Australia has spent A$2 billion over 30 years.

The new 39.5 meter steel hulled patrol boats are designed and built by Austal in Western Australia. The next vessel will be gifted to Tuvalu in April 2019 and the last will go to Timor-Leste in October 2023.

The new vessels replace the current Pacific Patrol Boats, operated by the 12 participating nations. The larger Guardian class Patrol Boats can support mixed-gender crewing and are designed to assist nations to combat a wider range of maritime security issues, including transnational crime and illegal fishing.

In addition to the gifting of 21 vessels, the Pacific Maritime Security Program includes contracted region-wide fixed wing aerial surveillance, ongoing sustainment and training support, the continuation of Defence’s maritime adviser network and infrastructure upgrades to support the safe and secure berthing of the vessels. More than A$5 million worth of works have commenced at the Lombrum Naval Base in Manus Province to improve the wharf and shore-based infrastructure that will support Papua New Guinea’s four patrol boats. 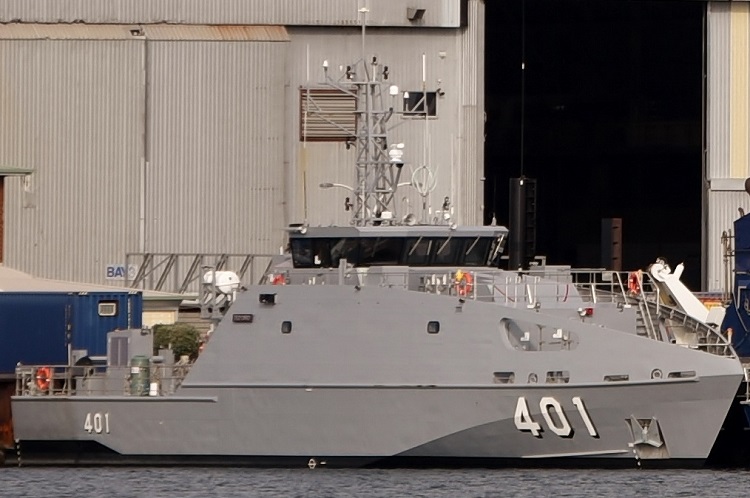