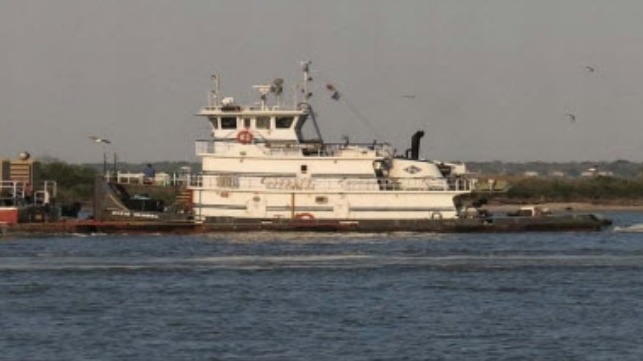 Shipping line OOCL has joined other major container shipping companies in announcing plans for a bunker recovery charge as a result of the 2020 sulfur cap which is estimated to cost the shipping industry $60 billion each year.

“As we explore our options and what would be best for our fleet to ensure compliance by the deadline, OOCL will begin our transition into the use of low sulfur fuel for our entire fleet during the second half of 2019,” said the company in a statement. “By looking into the expected bunker consumption of our fleet and the projected price difference from switching to the compliant fuel which may possibly become increasingly expensive due to tight supply in the market, we expect the additional cost impact to easily fall well above half a billion dollars. Under the current industry environment and the level of cost involved to an industry that is already very cost-sensitive for survival, shippers and the consumers will need to prepare to shoulder this burden.”

OOCL says it will be introduce a bunker recovery approach based on a floating bunker formula that will take various factors into account, including the different fuel types being used, fuel price fluctuations, ship size and capacity and vessel utilization levels.

Earlier this month, Hapag-Lloyd also announced how it will recover the costs of low sulfur fuel, saying, on the assumption that the spread between high-sulfur fuel oil and low-sulfur fuel oil will be $250 per ton by 2020, that it estimates its additional costs will be around $1 billion in the first years. The company has therefore developed a Marine Fuel Recovery mechanism which will be gradually implemented from January 1, 2019 and replace all existing fuel-related charges.

Last month, CMA CGM announced a surcharge because compliance with the 2020 sulfur cap will involve and additional average cost of $160 per TEU, based on current conditions. CMA CGM is planning a mixed approach with the use of low sulfur fuel, the use of LNG for nine new ships it has on order and some scrubber retrofits.

The U.S. National Transportation Safety Board (NTSB) has released a Marine Accident Brief about an accident that occurred in March 2019, involving the towing vessel Dixie Vandal, noting that the BNWAS alarm didn't prevent the fatigued pilot from falling asleep. At 0408 local time on March 15, 2019, the Dixie Vandal, pushing a partially loaded fuel barge upbound through the Houston Ship Channel, struck the towing vessel Trinity and one of its barges, which were moored and preparing to discharge...

Crowley Maritime has developed a new design and operating concept for a "medical support barge" - a large deck barge retrofitted with living units, which could be quickly deployed to provide emergency housing during the response to the COVID-19 outbreak.   Crowley has nearly a dozen multipurpose barges available for temporary conversion, along with a fleet of tugs for positioning. The company says that its design would provide housing for more than 500 people per barge, or 5,500 people in total.  “Our barges and...