Carnarvon Petroleum and Quadrant Energy have announced additional oil discoveries in the Crespin and Milne Members of the Dorado-1 well, offshore from the Pilbara coast in Western Australia. The results, which follow the completion of the wireline evaluation as part of the Phoenix Project, are in addition to others announced in July, and the results are seen as significant for opening up a new oil basin for Australia's offshore oil and gas industry.

Carnarvon’s Managing Director, Adrian Cook, said that it is a truly incredible find for Dorado and for similar structures nearby. Hydrocarbon volumes will be announced soon, he says.

Meanwhile, Wood Mackenzie's upstream analyst David Low, says: “A significant oil discovery is a real win for Quadrant and Carnarvon. A gas discovery would need to be tied back to existing infrastructure, and from there into the domestic market or an LNG facility. Plus, there is no current gas infrastructure in this basin, necessitating a 200 kilometer+ tieback to facilities in the Carnarvon Basin. Monetizing gas domestically would also be challenging due to current market softness, while routing gas to an existing LNG facility would require extensive commercial negotiations.”

An FPSO solution is the most likely-fast track development method to commercialize Dorado oil as it does not require the construction or installation of any fixed platforms. However, there would significant upfront capex required to drill the wells, purchase subsea equipment  and obtain an FPSO. “Raising such funds would be a hurdle for a small-cap player such as Carnarvon Petroleum,” says Low. “That said, it maybe that an exploration-focused player such as Carnarvon, alongside a domestic gas player like Quadrant, look to monetize the value within Dorado up-front, through an asset farm-down, total exit or even a company sale.

“The discovery also adds an interesting new layer of complexity to any existing attempts by Quadrant's owners to extract value from their investment. Carnarvon on the other hand offers a much purer play on the Dorado discovery and could attract interest from established Australian oil and gas operators or an international exploration and production company looking for exposure to the Australian upstream sector.

“Longer-term, it opens up a new oil play in the region, which could prove a real boost to Australian exploration after a number of very lean years,” says Low. 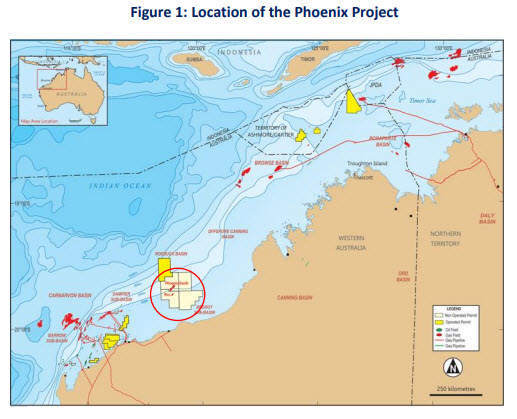 Container volumes plummeted by nearly a third at the Port of Los Angeles in March, dragged down by coronavirus-related disruption and the lingering effects of the transpacific trade war.  During March, the Port of LA moved about 450,000 TEU, about 31 percent less than it did during the same period last year and the lowest amount that the port has moved in any month since 2009 (the Great Recession). These numbers reflected a 26 percent decrease in imports, a 24 percent decrease...