Norway has announced a new licensing round for its offshore oil and gas fields in predefined areas (APA).

“Awarding acreage in mature areas in annual APA rounds is an important part of the Norwegian Government's commitment to a stable and long-term petroleum policy,” says Norwegian Minister of Petroleum and Energy, Terje Søviknes.

However, Environmental groups are critical. “Søviknes doesn’t care about knowledge and drives on with more oil in vulnerable areas,” says head of the environmental organization Nature and Youth, Gaute Eiterjord. “Production of oil and gas is Norway’s largest source of greenhouse gas emissions. Norway is the seventh largest exporter of fossil fuels. Since the world has already discovered far more oil and gas then can ever be burned, we believe awarding new blocks is irresponsible and violates Norway’s climate commitments.”

“It is positive that the companies are showing so much interest in exploring in the mature areas on the Norwegian shelf, where it is still possible to exploit existing infrastructure,” said Wenche Tjelta Johansen, assistant director responsible for exploration in the Norwegian Petroleum Directorate, at the time. 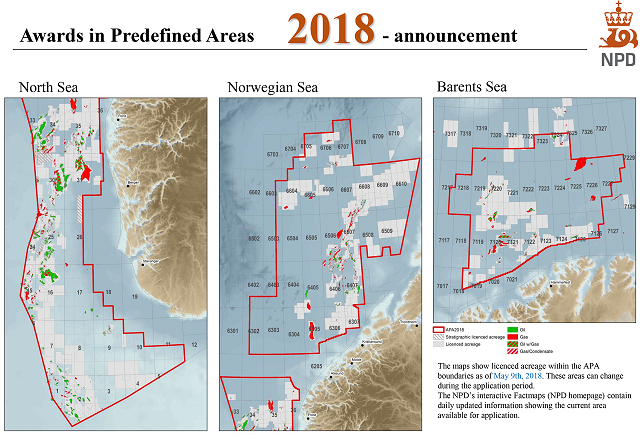