Norwegian offshore wind contractor Norside has acquired another used PSV for conversion into a walk-to-work vessel, suitable for use in offshore E&P and offshore wind farm service.

Norside's next ship began its life as the PSV Blue King, built at the Ulstein Verft yard in 2016 for Ulstein's leasing division. She is an Ulstein PX121 medium-size PSV, designed with the yard's distinctive X-Bow shape. Norside plans to add an accommodations section, a walk-to-work gangway and a crane. With the extra berths, the newly-renamed Norside Cetus will have a combined capacity of up to 60 personnel.

The company has already seen success with its first PSV-to-SOV conversion, the Norside Cygnus, which was completed in 2015. The company widened the Cygnus' hull and added an accommodations block, a heave-compensated 100-tonne crane and a walk-to-work gangway to its spacious back deck. The converted vessel is under charter to TotalEnergies through April, and she has been chartered for another 18 months by Dana Petroleum for walk-to-work and accommodations service in the UK North Sea. 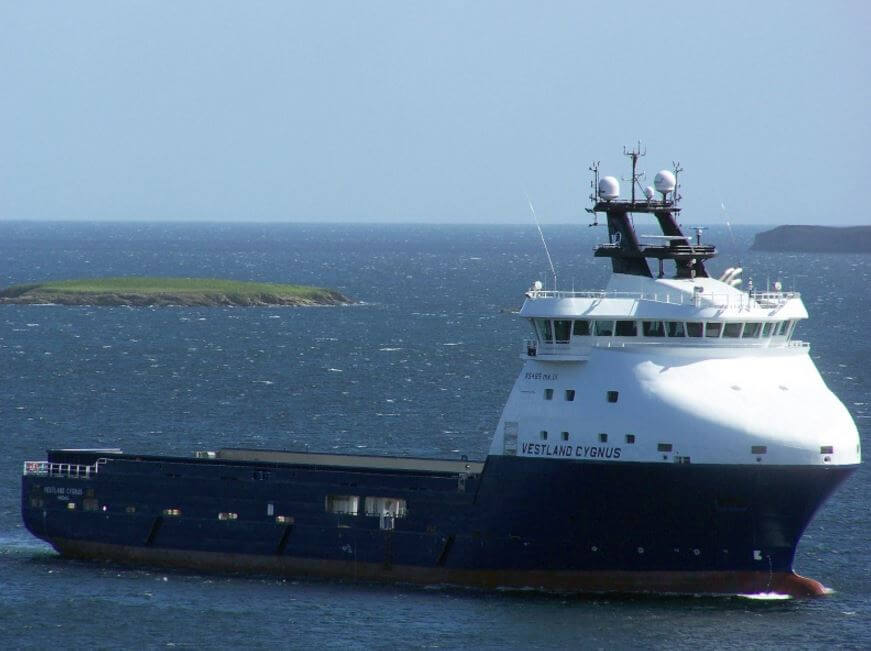 The Cygnus before conversion (Van Aalst) 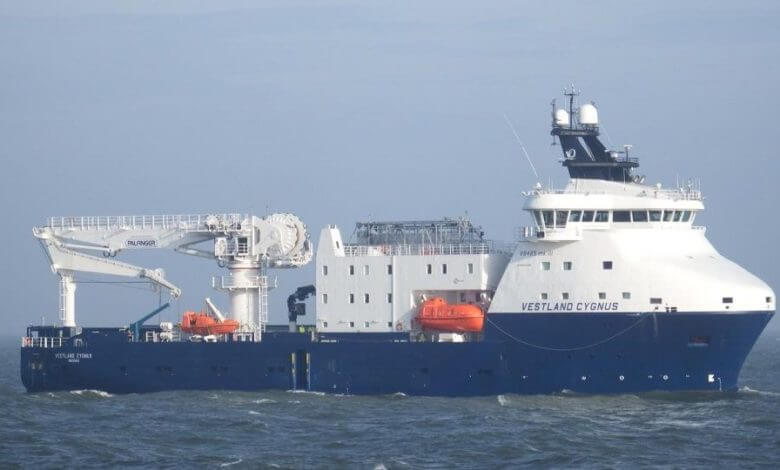 The Cygnus after conversion (Vestland / Norside)

Norside also recently purchased a subsea construction vessel, Pacific Supporter, for use in a similar conversion. The Supporter is a larger ship and is already fitted with a heavy-lift crane; Norside added an SMST walk-to-work gangway to complete the transformation. The vessel was renamed Norside Supporter, and like Norside Cygnus, she was chartered to TotalEnergies for E&P work off Denmark.