Shipwrecks and rocky reefs off the coast of North Carolina are home to many commercially and recreationally important fish species. Scientists with NOAA’s National Centers for Coastal Ocean Science are researching how and when fish use these artificial and natural reefs. In the fall of 2019, aboard the NOAA ship Nancy Foster, the researchers used advanced technology to study how these reefs function as habitat.

The team used two kinds of sonar to survey the bottom and look for fish. The Foster's multibeam echosounder registered the depth and physical properties of the reefs. Her splitbeam echosounder provided imaging that helps identify the size of fish and the location of the fish relative to the reefs.

Sonar gave the team the big picture, and NOAA divers also collected thousands of photos along the reefs. Using photogrammetry software, the team is stitching the photos together into three-dimensional models, which will provide detailed pictures of the reef structures and the plants and animals living on them.

The divers also conducted fish surveys, identifying, counting, and estimating the sizes of all fish seen inside 5,000-square-foot sections of the reefs, about a quarter the size of a football field. 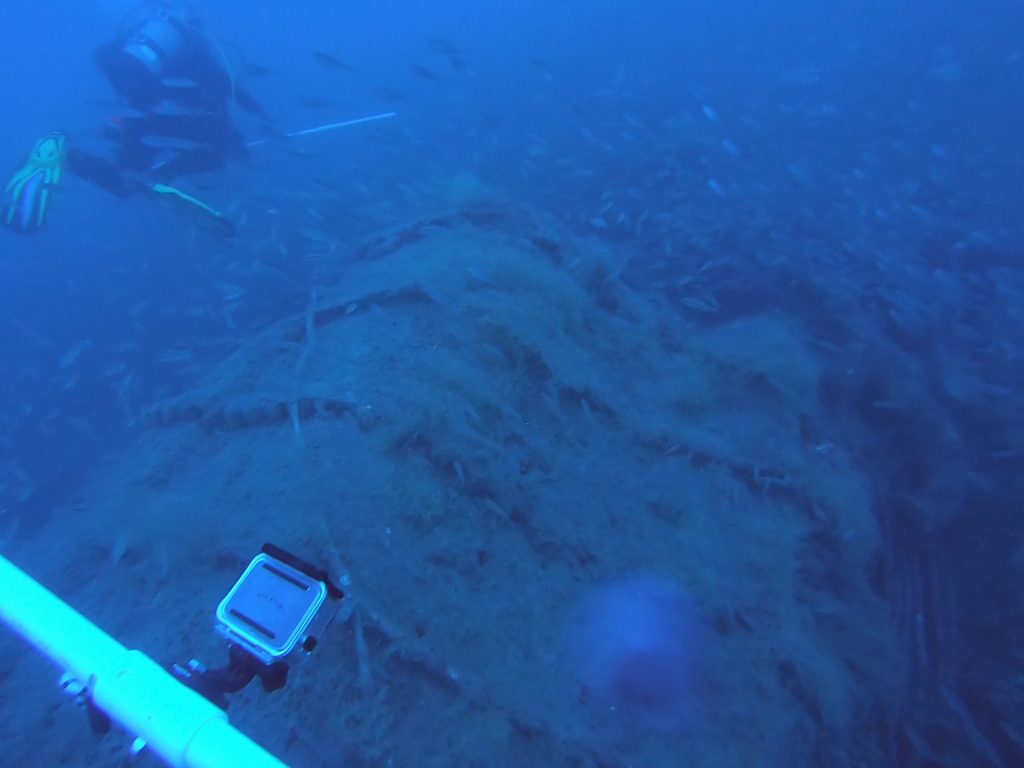 The dive team surveys the wreck of the USS Schurz, a U.S. Navy gunboat that sunk in 1918 off the coast of Cape Lookout, North Carolina, after colliding with another ship. (NOAA)

According to NOAA, data from the mission will help explain how shipwrecks and rocky reefs function ecologically as habitat for a variety of fish. This will inform many activities in the region, including artificial reef enhancement programs and management of shipwrecks.

In 2011-16, NOAA played a key role in the discovery and survey of multiple WWII-era wrecks in the region, including the freighter SS Bluefields and the German U-boat U-576. Identifying historically-important shipwrecks (and their role in the region's ecology) will help with offshore resource planning, including any future permitting for wind energy development.